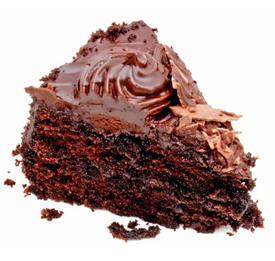 One of the success stories of the housing market malaise has been the California real estate recovery [1], in terms of transactions. Prices are down 30 to 40% on average, depending on the source, and transactions are up 55% over last year.

Southern California home sales outpaced last year for the fifth consecutive month in November, when 55 percent of buyers in the resale market chose repossessed homes. The abundance of discounted foreclosures helped push the median sale price down a record 35 percent from a year ago, a real estate information service reported.

A colleague of mine, who is a senior executive at a real estate brokerage company in California quipped “nearly 60% are foreclosures?…I’ll bet the other 40% are short sales.”

California lenders have had two years to come to terms with the market and are pricing properties at market levels.

Houses in certain markets in other markets like Detroit and Cleveland [2] can be purchased for a $1,000.

Much of the purchase activity is believed to be by speculators. [3]

“Regular homebuyers are excluded from the foreclosure market because the rules favor professional investors and that lack of competition is driving down prices,” Baker said. “This is a place where the government could step in and stop housing’s downward spiral by encouraging a more user-friendly process.”

Banks that have received federal bailout funds should be forced to sell foreclosures in a way that gives homebuyers a fair chance, said Stiglitz. Lenders repossessed about 850,000 properties in 2008, according to RealtyTrac.

“In past housing recessions, we didn’t see as many mortgages under water, so it didn’t matter if the focus was on speed and not on maximizing value,” Stiglitz said. “Now, the same banks that created the problems by mismanaging their risk are mismanaging the disposal of their assets.”

Deja vu all over again.

Once the housing market begins to recover, these investor units will enter the market as flips and may keep prices suppressed by competing with owner occupied units. If mortgage rates rise, the problem is exaggerated because the investors are, in theory anyway, less financially solid.

Investment in housing properties is not a bad thing – it’s only bad when there is a disproportional amount of it…and a 55% foreclosure market share in California is too much of a good thing.

Note: a math-related bonus by my recently discovered fav musician [4].