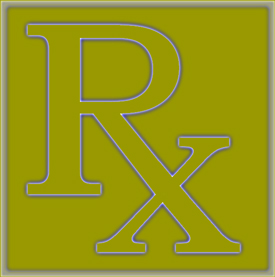 A lot can be said for getting to the bottom of things by not propping them up. It’s looking more and more like toxic mortgages have to be dealt with before things begin to improve on the lending so that liquidity will return:

According to new research, loan modifications without write-downs will not lead to the end to the credit crisis [1]. There has been a tremendous amount of negative press about modifications because in many cases, the payments are not much less, with the additional fees and principal moved to the end of the term.

In a fascinating research paper by economists Patrick Bajari, Sean Chu and Minjung Park called Quantifying the triggers of subprime mortgage defaults [2] that explores what drives borrowers to default on their mortgage.

First, default amounts to the exercise of a put option that limits the downside risk when the value of a house falls below the value of the mortgage. Thus, one strand of research has focused on how net equity or home prices affect default rates. Other studies have examined the importance of financial frictions; households may be liquidity-constrained and temporarily unable to pay, especially if they have low credit quality.

Based on the importance of illiquidity as a driver of default, the observed deterioration in borrower pool quality is consistent with the notion that lenders loosened their underwriting standards over time, perhaps due to flaws in the securitisation process. Because lenders do not hold mortgages that they have securitised, they do not bear the consequences of risky mortgages at the point in time when they go bad, even as they continue to generate income by originating such loans. This agency problem, coupled with the general underestimation of default risks by financial markets at the height of housing boom, gave primary lenders an incentive to lower their lending standards. Thus, a key policy implication is that future waves of default can be made less likely by measures that reduce originator moral hazard.

Write downs in principal, ie mark to market, will need to enter the recovery equation soon.

Because we find empirical importance for both illiquidity and net equity as drivers of default, this suggests that effectively mitigating foreclosures would require either some combination of policies targeting each cause, or a single instrument that targets both. For example, loan modifications that merely increase payment affordability by extending loan lengths would not be very effective as a standalone measure, as they would leave borrowers’ equity positions unchanged. On the other hand, write-downs on loan principal amounts would address both causes simultaneously, with the reduction in loan size serving both to increase the borrower’s net equity as well as reduce monthly payments.