In this article by Steve Kerch, real estate editor for MarketWatch about Adjustable-rate mortgages [1] he says:

Adjustable-rate mortgages have been maligned in recent years as some critics have contended that, in an era when fixed-rate loans were at historic lows, ARMs were only being used by marginal buyers who could not otherwise afford to buy houses. The implication was these were all risky loans that would eventually come back to haunt lenders and the housing market. 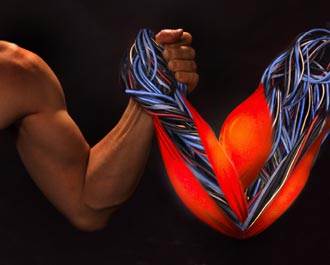 “The reality is quite a bit different. Yes, ARMs do account for a significant portion of the mortgage market — 32 % in 2005, Freddie Mac says, down only slightly from a 10-year high of 33% in 2004. But the most popular ARMs aren’t the risky ones everybody assumes.

Instead, the reason the ARM share of the market has remained so high while 30-year fixed rates have remained so low is that buyers have been flocking to hybrid ARMs, adjustable loans that don’t adjust right away but have a fixed-rate period for a number of years. The biggest among those hybrids is the 5/1 loan, which means the borrower has a fixed rate for five years before the mortgage begins to adjust every year. In fact, 5/1 ARMs accounted for 40% of all adjustable-loan applications in 2005, Freddie Mac said.”

“This idea of better matching your housing plans to the financing you put on the housing is a relatively new one, since these hybrid ARMs — you can find three-year, seven-year and 10-year versions as well — have only been around a few years. (Freddie Mac only began tracking the 5/1 hybrid rate in 2005.) But the practice makes perfect sense: Homes turn over in the U.S. every seven years on average and first-time buyers especially often plan a short stay in their “starter” home before moving up. “

See 5/1 ARM A Good Idea? [Urban Digs] [2] for a rational discussion on the strategy of obtaining a hybrid mortgage.

These have become very popular as buyers have been forced to rethink traditional financing (aka 30-year fixed mortgages). The logic has become: if a homeowner plans to move in 5 years, why pay a premium for a 30-year fixed when the hybrid has a steady payment for the same period of time? Some say that you should select a hybrid that has a fixed term of 2 years longer than you plan on staying in the house.