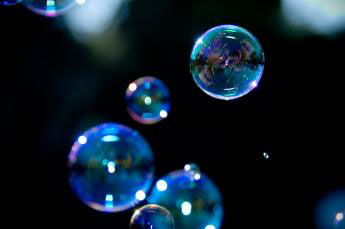 The word “bubble” has become closely associated with the housing market for at least the past two years. Motoko Rich and David Leonhardt co-wrote a fun article called Slippery Devil, That Real Estate ‘Bubble’ [NYT] [1] in today’s edition that asks the question “does the word bubble mean anything anymore?”

After all, the word bubble sells magazines and newspapers [2], t-shirts [3] and infers imminent doom for an industry that is so interconnected with the health of the global economy. Many individuals and publications are positioning themselves so they can “call it.”

The word bubble can be taken to mean:

My favorite, which finishes up the article was:

For the average homeowner, though, a definition of bubble that avoids all these subtleties might be the best one of all. “Anyone who bought after you bought,” suggests Erin McKean, editor in chief of the Oxford American Dictionary in Chicago, “bought in a bubble.”