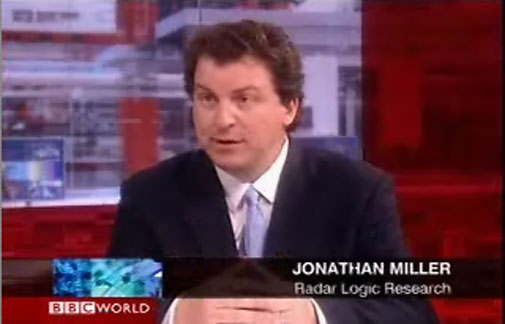 I have always loved watching BBC TV for news and listening to BBC radio because it provides an outsider’s perspective, a clinical interpretation of world events. I made the mistake of walking to the studio for this interview and it was very humid outside. Sort of like sitting in a sauna with a suit on (which I try not to do). The host Dharshini David, a former economist, is very personable and has the best British accent on television (if you take note of that sort of thing).

This clip covered the doubling of the number of foreclosures [1] in the US as compared to the same period last year.

Foreclosures are rising as mortgage rates reset and homeowners can’t refinance their way out of trouble.

However, one of the reasons we have a higher potential for the number of foreclosures (versus percentages), is the fact that home ownership is near record levels at more than 68% of all households. The BBC and some economists (and one appraiser) suspect that the inflation threat is short lived. I suggest that the impact of the weakening US housing market has not had the opportunity to fully impact the US economy. Comprising 25% of GDP, housing plays a significant roll in the US economy and by rote, the global economy.