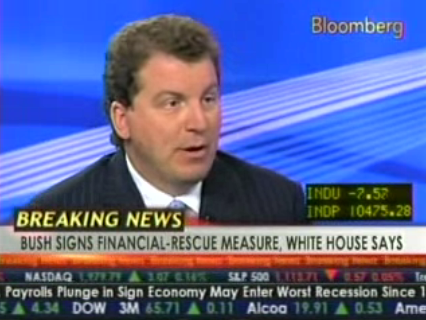 Always a pleasure to be on with Kathleen Hays and her show On The Economy.

She was multi-tasking big time before and during the interview. While I was sitting with her, but before I was interviewed, the bailout bill was passed by the House. She interviewed House Speaker, Stemy Hoy [1]er, live. And then during the my interview, she announced the president had signed the bill into law [2] and later announced when the president went over to the US Treasury to congratulate its employees.

What a circus. Yet she is always calm and relaxed.