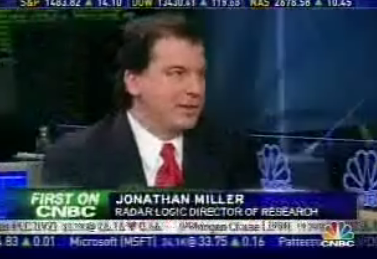 Mark Haines & Erin Burnett, hosts of CNBCs Squawk Box interviewed me at the New York Stock Exchange about the release of the report [2]. Its a tight fit on the balcony, overlooking the exchange with about a dozen people within about 6 feet of me off camera. I have been interviewed by each of them from a remote location but this was the first time I have met them in person. A lot of cheering and yelling was going on behind me on the floor of the exchange. 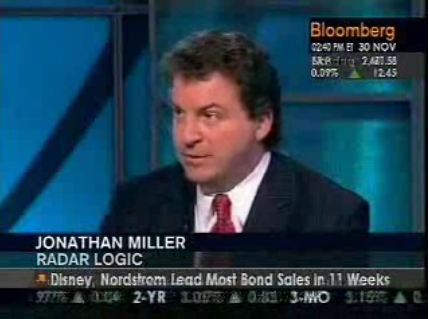 Kathleen Hays, who hosts one the leading news programs On The Economy, and who is one of my favorite anchors at Bloomberg, interviewed me regarding our report release [3]. She is a moderator at this monday’s OTS’ National Housing Forum.

I was joined by Nicolas Retsinas [4], Director of Harvard’s Joint Center for Housing Studies. I did a split screen with Nicholas once before on another program and have always enjoyed his insights.

Bloomberg On The Economy Interview [3]