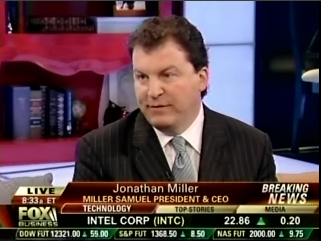 This morning I was invited to comment on housing starts for Fox Business Network’s Money For Breakfast [1] show hosted by Alexis Glick.

I wasn’t at my best on this one – no coffee prior to the interview – but it was interesting to see starts fall yet again. The May housing start figures were released by US Commerce [3] just as the interview began at 8:30am.

April’s rise seems to be an anomaly. Expectations for housing continue to be negative as evidenced not only by these start figures which suggest there is excess inventory, but the record low NAHB/Wells Fargo Builders Confidence Index [4] announced yesterday, was at a record low. In other words, builders, who are some of the biggest risk takers and optimists out there, are not feeling good about the situation.

It’s funny but with all the excess inventory out there, I find it hard to believe that builders continue to build, even at their “half full” output compared to 2006 levels. The decline in housing starts (which are fraught with crazy statistical problems to begin with) would likely be lagging the drop in demand as measured by inventory.