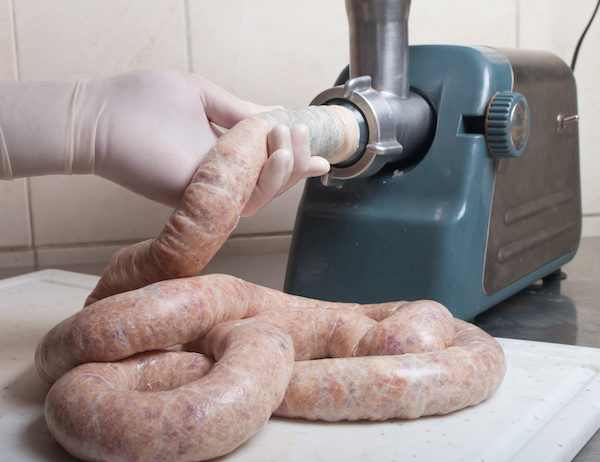 On November 18, 2016 the Appraisal Institute Board of Directors adopted their Chapter Financial Management and Administration Policy [2]. I assume most chapter officers are not aware of the details of this major AI financial chapter restructure plan whose policy is officially in place.

How the sausage is made

Here is a relevant excerpt from the new AI November policy on chapter finances: [2]

Make the phrase “excess cash” part of the professional vernacular going forward. Here is a key detail from the policy:

a. Cash and Investments Held by Chapters
Excess cash held by Chapters shall be consolidated with the Appraisal Institute’s Reserve Fund Portfolio (“Portfolio”).
In determining the initial deposit into the Reserve Fund Portfolio, cash and investment balances greater than three months of the average monthly Chapter operating expenses will be considered excess cash. The average monthly operating expense will be based on the last three fully closed years.
b. Portfolio Structure
Deposits from Chapters to the Reserve Fund shall be comingled with Portfolio assets, however will be accounted for and tracked separately.

So here’s a hypothetical scenario based on the way the policy reads to me:

Lets say a chapter has $200,000 in the bank. This money was collected from chapter members with their hard earned appraisal fees. The money enables a local chapter to function, bring in guest speakers, cover operating deficits, pay for an executive secretary and other operational items. I already know there are chapters with as much as $100,000 to more than $300,000 in their chapter bank accounts.

Lets say the three year average of my example chapter’s monthly expenses is $5,000. By the AI policy formula, all cash in the chapter’s account above $15,000 (3 x monthly average) will be sent to National. AI has said they will keep records of where the money came from. So in my example, $185,000 ($200,000 less the $15,000 calculated amount) immediately goes to National where it is commingled with other chapter’s funds.

There is a complex (to me) protocol for getting the money back to use at the chapter level. It makes me wonder what happens when a chapter needs money to keep the doors open but doesn’t have it or has a short term financial emergency. For most chapter members who already have full time jobs or a part time executive secretary, the process of getting access to cash at last minute to solve an unforeseen problem seems like an unfair burden. Contrary to the sales pitch given by the president in the previous post, I believe this policy will create additional clerical burdens and reduce the flexibility of the chapters.

As time passes, combined with National’s inability to keep chapters and membership informed in recent years, the details of this “taking” will get hazy as time passes. Over the long term it is unclear what will happen with each chapter’s money. This and other AI policies are being written in such an open ended way, clearly banking that membership or the chapters won’t read it and won’t have a way to stop it once they do. Once National takes most of the money from the chapter bank accounts, the chapters are forever at their mercy. Do chapters really want to be placed in this position?

I recently spoke to an AI member, with a reputation among local peers for cheerleading AI mandates for his own political gain. This person told me that the so-called chapter money was really “National’s money.” I can only believe that such an orientation came from National. I immediately corrected the member, saying that “no, it was the chapter/members’ money.” This position spoke volumes about how National sees the chapters as working for National rather than as National working for the members.

Chapters are literally paying National to manage the chapter fees National has decided to take from the chapters without advanced warning.

Here is a relevant excerpt from the new AI November policy on chapter finances: [2]

Incremental costs (“Incremental Costs”) incurred by the Appraisal Institute Finance Department to execute the responsibilities delineated to it within the Policy shall be funded by a fee payable by Chapters. Incremental Costs represent expenses incurred that otherwise would not have been payable by Appraisal Institute without this Policy and may include, but are not limited to, personnel, technology, banking, audit and tax services. The amount payable shall be calculated for each Chapter as a Base Fee plus a Variable Fee Percent of such Chapter’s average annual expenses. The Base Fee and Variable Fee Percent shall be established by the national Finance Committee, subject to the national Board of Director’s approval, so that total amounts paid by Chapters under this section of the Policy shall reimburse the necessary Incremental Costs incurred by Appraisal Institute to execute its obligations under the Policy. The combined Base and Variable Fee shall be paid in four equal installments on a quarterly basis.

Please get familiar with this policy document [2] and remember that the AI board has already adopted it without vetting it with the chapters. I repeat: this is now an active policy of the AI.

After National takes the “excess” chapter funds (my example of $185,000), it charges the chapter to manage it including costs for additional staff. And even more of a concern, the amount of the fixed plus variable cost structure the chapter will pay has not been determined yet. All AI chapters are effectively losing control of their “excess funds” but don’t know how much National will charge them to manage those funds.

Being penalized for success

Based on the fixed plus variable format, a large chapter will probably pay more than a small chapter for National to manage the chapter’s money. I would argue that the larger chapters are being financially punished by National for being larger. The irony here is that larger chapters reflect a certain level of success by attracting and keeping more members or being able to generate funds for a rainy day. Plus the AI money management process is the same for a chapter with $10,000 in excess funds and one with $200,000 in excess funds. Since the chapter funds are tracked on a spreadsheet or accounting software, the number $10,000 is not easier to enter into a spreadsheet cell than the number $200,000 so the size of the chapter is immaterial. If National maintains that chapter size is material, then the unannounced variable plus fixed management fee should be much larger than if size didn’t matter. I would argue that smaller chapters will require more management than larger chapters, no?

I find the commingling of funds unnerving since membership generally does not trust National leadership and this massive shift in policy was done without communication to the chapters, let alone the membership. The scope of this change is not a simple matter. It should have been vetted on a chapter level if National truly respected their chapters.

Can there be a solution?

At this point, it looks like the majority of the membership and the chapters are against the AI Board decision to take most of each chapter’s cash.

If chapters resist giving their “excess cash” to National, would it not be too far to suggest that National will nullify the designations of chapter members in a rebellious chapter? Otherwise, what other action could National take to enforce this “taking”? This recent policy and the unrest it stirred has already tarnished the AI brand and will likely accelerate the exodus of existing members. When leadership of an organization is unable to deliver value to their members, the next step seems to be to take something of value from their members. In this case…cash.

The president and board members of the Appraisal Institute demonstrated how little they understand and respect their membership. I believe this is why they enacted a policy to take each chapter’s cash without telling them in advance. As I said in my prior post, AI National is officially obsolete.