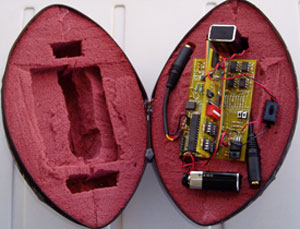 Ok, I was watching the New York Giants [1] actually beating the New England Patriots [2] last night. I felt a glimmer of hope for humanity and even the housing market by seeing the extra effort being played in a game that means nothing to the Giants playoff spot while the Patriots vied for an undefeated season. Of course the Giants lost and my optimism for the housing (and humanity) market dimmed.

With the housing market weakening in many markets [3], its easy to pile on with “grim” news. Here are a few attempts at contrarian reporting from sources other than the NAR [4].

Daniel McGinn at Newsweek provides some optimism in his article: Housing Optimism: Why the year in real estate wasn’t all bad news [5].

Holden Lewis at Bankrate makes a defense of low-doc loans [6] (sort of) by responding to a reader’s optimistic response to his quote: “Limited-doc mortgages exist mostly to allow people to cheat on their taxes” (I wholeheartedly agree with the cheating angle Holden mentions):

Megan McArdle of Atlantic Monthly in her post Who cheated who? [7] she:

Felix Salmon of Seeking Alpha in his post Are Subprime Losses Being Exaggerated? [8] sort of teases us with this title but he’s really questioning the optimistic stance of many:

Confused? Join the rest of humanity – you’re not alone.