For years I’ve watched Gary Shilling [2]‘s media interviews on the economy and read his columns in Forbes.  I ran into him recently when we were both on Bloomberg Surveillance with Tom Keene and Ken Prewitt and invited him to sit down with me and have a conversation about housing.  He runs his epomonyous economic consulting firm [3] and published a widely read newsletter called INSIGHTS.

Gary’s latest book was just released called “The Age of Deleveraging [4]” which resides on my iPad (via Kindle app). We have an engaging discussion even though we don’t touch on his other passion, bee keeping [5]. 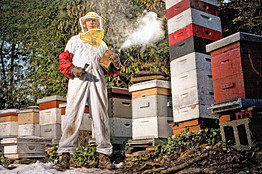