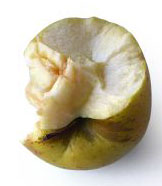 In yet another Page One article in the Gray Lady Twenty Years Later, Buying a House Is Less of a Bite [NYT] [1] by David Leonhardt and Motoko Rich, they address the issue of affordability and how that has played a factor in the current housing boom.

“A sharp fall in mortgage rates since the early 1980’s, a decline in mortgage fees and a rise in incomes have more than made up for rising house prices in almost every place outside of New York, Washington, Miami and along the coast in California.”

These often-overlooked changes are a major reason that most economists do not expect a broad drop in prices in 2006, even though many once-booming markets on the coasts have started weakening.”

What was really interesting was the perception of housing costs as a percentage of their income versus reality. In another example of reality distortion, “a nationwide New York Times/CBS News poll conducted this month, 75 percent of respondents said they thought most families in their community spent a larger share of their income on housing now than in the 1980’s. Only 5 percent said the share was smaller.” So while people may think they are paying more of their income for housing, they are actually paying less than 20 years ago.

The final conclusions drawn by the reporters and this study is that there is does not appear to be a housing bubble in the US because the percentage of personal income that goes toward housing is lower than it was 20 years ago, with the exception of some of the higher priced coastal areas. Its an interesting way to look at the housing boom that has kept many people scratching their heads for the past several years.

Buying based on housing payment, not price
I began espousing this shift in buyer dynamic in my presentations in early 2002 as mortgage rates plummeted. About 18 months ago, my wife and I purchased a home and definitely looked at the payment as the primary driver for the purchase, not the price (we offered full list with an hour of viewiing the property the first day it entered the market.) I don’t recall having this same thought process in 1996 when we bought our prior home (and you guess it, we paid full list then too).