Real estate market watchers last week were thrashed by conflicting jobs reports. ADP released a payroll report [1] on Wednesday as people were back from an extended 4th of July weekend. The survey showed a whopping net gain of 368,000 jobs [2], the largest increase in five years.

The implications with this report that were created are that the economy was moving along at a brisk pace and the Fed would likely raise rates at their next meeting in August and beyond. A gloomy scenario for the housing market as mortgage rates would follow suit, further choking off demand. 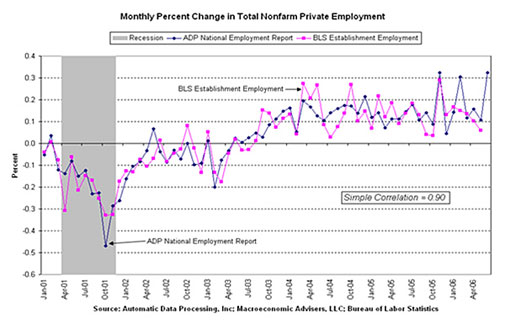 But alas, the government reported two days later that employers actually only added 121,000 in June [pdf] [3], less than one third the amount touted in the ADP release two days before, painting a much weaker picture.

The irony here is that a number of economists revised their projections upward on Wednesday in response to ADP so when the government stats were released two days later, they were now below analysts forecasts giving the impression the economy was in worse shape than pessimists thought it was.

However, government data also shows that hourly wages are rising at their fastest pace [NYT] [4] in five years, indicating that the labor market is still relatively tight and making the scenario of the Fed taking a break on their 18th consecutive rate increase next month less likely than many people would hope far. 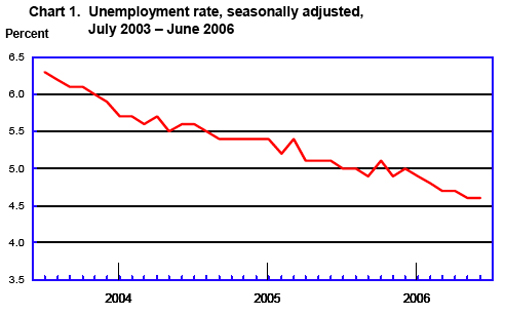 Aside from mortgage rates, jobs data is the bellwether of housing related data because without jobs, no matter how low rates are, people don’t buy homes. There is not a uniform agreement on what condition the economy is currently in but everyone seems to agree that housing has already cooled.

The Fed could thus leave interest rates at 5.25 percent at its next meeting in August, rather than raise them by another quarter of a percentage point. “I think the Fed’s going to pause,” said Scott Anderson, senior economist at Wells Fargo in Minneapolis.

“For me, it is not clear-cut that the labor market has downshifted,” said John Ryding, chief economist at Bear Stearns. “Rather than there is lack of demand from employers, it may be that low unemployment has left fewer people to hire, so instead employers are paying their existing workers more and are working their work force for longer hours.”

For housing market watchers, a unifying understanding of the economy in the near term was not established last week and the uncertainty with will continue to chip away at housing consumer confidence, whether its justified or not.