Since the direction of the housing market is now largely determinate on bank underwriting practices, and this is a fairly abstract thing, unlike mortgage rates, I like to look at this report from the Fed called (released at 2pm today) Senior Loan Officer Opinion Survey on Bank Lending Practices [1].

The message seems to be that bank underwriting hasn’t gotten any tighter over the past several months, but it is still constrained. 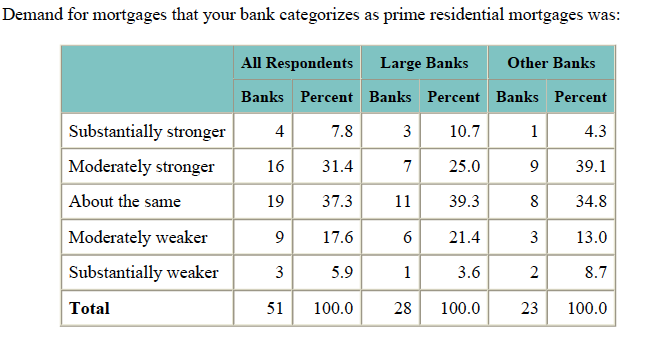 Residential mortgage loan demand (prime) has done better than other types of lending.

In the July survey, domestic banks indicated that they continued to tighten standards and terms over the past three months on all major types of loans to businesses and households, although the net percentages of banks that tightened declined compared with the April survey.2 Demand for loans continued to weaken across all major categories except for prime residential mortgages. 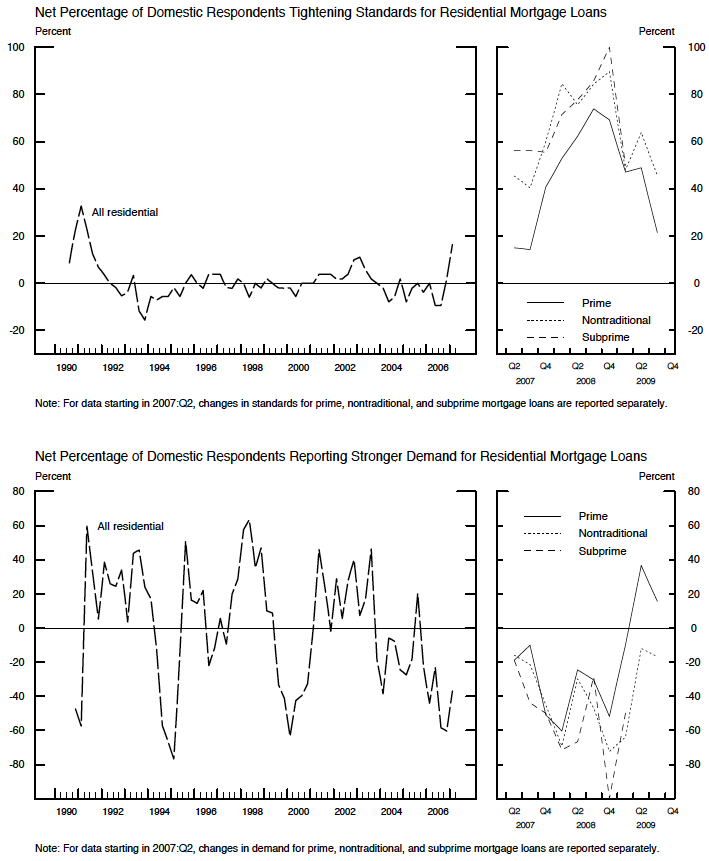 The net fraction of domestic banks that reported tightening their lending standards on home equity lines of credit fell to roughly 30 percent, from 50 percent in the April survey