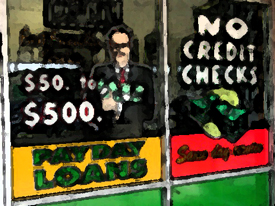 During the housing boom, a slew of foreign buyers came to New York City to take advantage of the falling dollar. Largely from Europe and with a high concentration from Ireland, this movement was characterized by tales of Irish carpenters buying multi-million dollar luxury condos. Booming economies and a weak dollar made investors hungry to go farther to seek out higher returns.

One of the more well-known Irish marketing firms [1] to find Irish investors to buy luxury condos and other properties was KMS Commercial [2], and we usually dealt with Cathal McGinley [3], the Managing Director. Our residential and commercial firms dealt with his firm on several occasions as the housing boom roared on and even after it corrected at the end of 2008.

Here’s where it went sour between my commercial appraisal firm Miller Cicero and KMS Commercial.

The report was delivered within the agreed upon time and the appraisal fee was due in full.

Hence the reason for this post, which is basically us venting our frustration since KMS Commercial is acting like it doesn’t intend to honor its financial obligations. My partner John Cicero has been trying to collect the fee for past 5 months and has been treated less than honestly – and he’s torqued about that. His first few attempts at contact were met with his assistant saying they were on vacation, etc. until finally there was no response at all.

Appologiese for not reply before but Cathal and I are both on holidays and will not be back in the office until 14th August. I will remind Cathal re payment as soon as we are back and will send you confirmation of same.

After several months with no response, John began to think he had the wrong contact info (they moved) but it was hard to believe such a high-flying well-known firm would simply disappear. Someone we know had a contact in Dublin who went by the building and indicated that KMS Commercial does not appear on the building directory [5] that is listed on their correspondence. Weird.

After repeated efforts by John to contact Cathal, he finally got a response on October 23 which necessitated this post due to their sarcasm:

I am in receipt of your 27 various email last night and today. I can confirm that I met today at 11am my time with my partners to advise them of the urgent need to pay your bill which I agree is long overdue for payment. I personally hold a 5% interest in KMS Sixth Avenue LP with the balance of the shareholding held by two others, Liam Smyth 85% and the O’Malley family 10%. As, to date I have not been put in funds, other than my own contribution, by my partners I have been unable to pay the invoice however they have both assured me that they will put me in funds by early next week (it is a bank holiday here on Monday) so assuming this happens I will send the money out probably on Wednesday or Thursday. In the mean time if you like I can send you my $600 today or wait to send it all at once. You’re choice.

Of course this was October 23rd. Its now November 3rd and our follow up efforts after the above email have not been answered.

It’s a shame that there aren’t any viable options to pursue them in Ireland. It’s hard to believe they can’t afford our appraisal fee [6] (that they agreed to in advance).

We have to pay our staff for the time it took to complete the report which was not nominal. Our conclusion has to be that KMS Commercial is either under severe financial duress or it is a business strategy – 5 months of repeated attempts to contact them is a reasonable period to draw these conclusions.

We recognize that this is one of the risks of doing business and we assume KMS Commercial will never pay us for the services they sought us out for and received. However, our treatment was so unprofessional, we felt it necessary to talk about it in a public forum. For all appraisers out there – if you are contacted by KMS Commercial for an assignment, think twice. If you are, make sure you are paid in advance and in cash. We have twelve thousand reasons to believe this is a tested assumption.

Ok, venting complete – back to work.