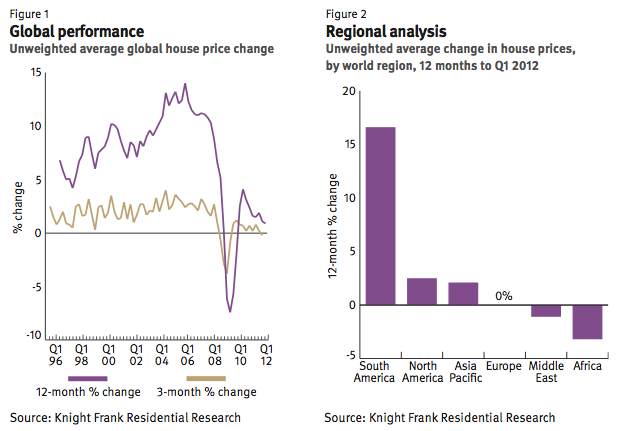 Here’s a great research piece from Knight Frank [2] on the state of housing in many of the world’s cities.

South America is dominating other regions in market performance right now. Canada shows strength (all the HGTV shows seem to be filmed there) and why isn’t Greece falling harder?

Knight Frank published their The Global House Price Index recorded its weakest annual performance since the depths of the recession in 2009, recording only 0.9% growth in the year to March 2012. Doubts over the Eurozone’s future, along with the Asian governments’ staunch efforts to cool their markets and deter speculative investment, have taken their toll.

Here’s in the index table: 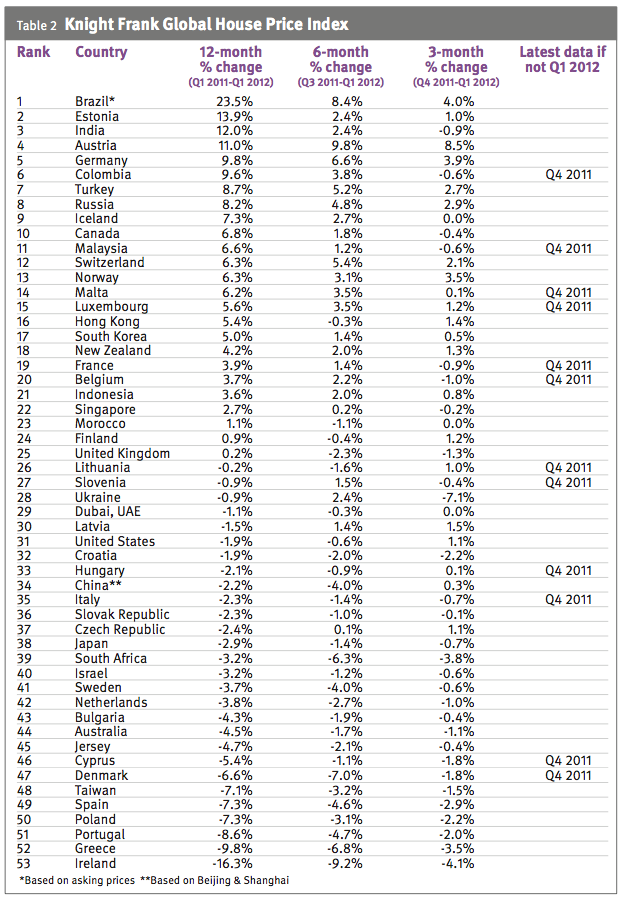