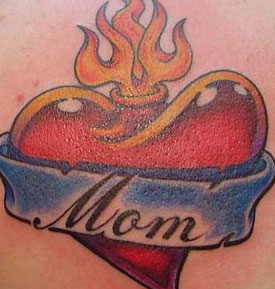 Recently, Fortune Magazine interviewed David Lereah [1], one of the more polarizing figures associated with the housing market. He is responsible for the slew of market stats that hit the media every month and but what he is most criticized for is his interpretation of those stats. In fact, I met him personally in the green room of CNBC before a television spot and while he seems like a nice enough guy, I observed that he seems to say the same things in person that he does for reporters.

In many ways, his interpretations spurred the real estate blogosphere on for the shallowness of analysis and self-serving delivery of information. On one hand he represents a trade group and the consumer should understand this. On the other hand, he missed a golden opportunity to build goodwill between the consumer and the NAR [2].

In his recent interview, he attacks David Jackson of David Lereah Watch [3] and Bubble Meter [4], one of the leading housing bubble blogs. The David Lereah Watch blog is a home spun effort (note typo in the title) by someone who got tired of the misinformation. I like both of these blogs.

Lereah even used his own mother for special effect:

The worst was that my mother read one of those things, and she almost started crying. And I had to say, Mom, you have to have thick skin. I’m going to be in the public and make statements about real estate, and if someone doesn’t like what I’m saying, they have every right to say something opposing me.

Lereah claims the David Lereah Watch blog refers to Lereah as Satan [5]. Lereah calls Jackson a 26-year old that could not afford a townhouse. However, Jackson was proud of the fact that he doesn’t get personal and denies calling Lereah Satan.

However, Lereah doesn’t seem to use great ethical judgement in his market interpretation commentary so I am not sure what Jackson expected to begin with. His blog had to be noted by Lereah sooner or later. [6]

The fact that Lereah even brought up Jackson’s blog up in the interview to try to get sympathy for the beating he has taken by the blogosphere, tells a powerful message about the ability of the consumer to tell their side of the housing story through blogs.