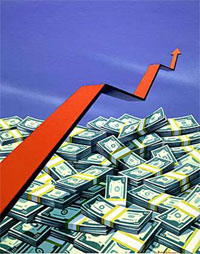 Well, maybe thats a little harsh. Is it just me or is economic data released each month [1] alternating between panic and calm? A lot of information is being thrown at us and its got me worried.

Over the past several months, the economy has seemingly see-sawed between improvement and decline. A lot of it has to do with revising previously released stats by the Department of Labor. [2]

The factors that are used to seasonally adjust the data [3] are updated annually. Also, seasonally adjusted data that have been published earlier are subject to revision for up to 5 years after their original release.

The first thing I want to (really) understand is seasonal adjustments [4]. I am very wary of their use because the methodologies used by the Bureau of Labor Standards seem complicated and not fully explained. [3] There does not seem to be a standard technique or a way of verifiying their validity.

Now we have concerns over the auto maker data which is important since it is a significant component of core inflation. Prices of cars in June rose 1.5% after a 1% fall in May despite aggressive discounting by automakers [Note: Paid Subscription] [5].

As quoted in the Wall Street Journal…

But the advance in auto prices appears to be inconsistent with the aggressive discounting by auto makers over the past few months.

Another stat bash involves petroleum data [Note: Subscription] [6] which is one of the major factors of CPI.

As quoted in the MarketWatch…

The oil market has always been volatile, but there’s one constant that reliably drives prices one way or another: the weekly reports on U.S. petroleum supplies.

With many home-buying consumers on economic pins and needles and a blind faith in government statistics, there should be concern that we are all getting more accurate information.