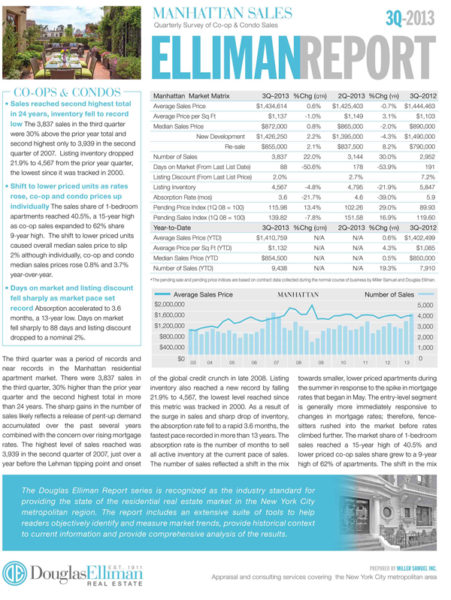 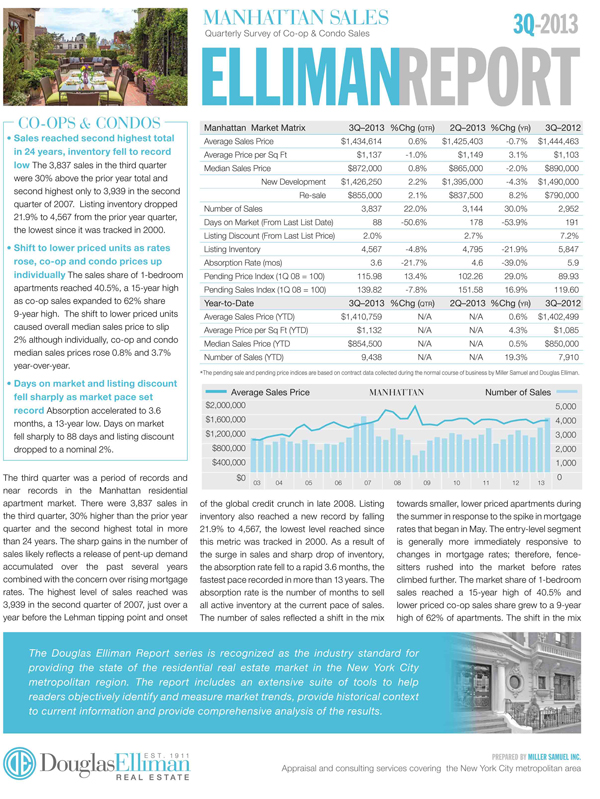 The third quarter was a period of records and near records in the Manhattan residential apartment market. There were 3,837 sales in the third quarter, 30% higher than the prior year quarter and the second highest total in more than 24 years. The sharp gains in the number of sales likely reflects a release of pent-up demand accumulated over the past several years combined with the concern over rising mortgage rates. The highest level of sales reached was 3,939 in the second quarter of 2007, just over a year before the Lehman tipping point and onset of the global credit crunch in late 2008. Listing inventory also reached a new record by falling 21.9% to 4,567, the lowest level reached since this metric was tracked in 2000…

The charts [4] will be updated shortly but the data tables [5] are already updated to include 3Q 2013.

Here is some of the press coverage for the report [6].