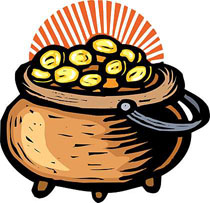 Over the past twenty years, consumers have become largely dependent on the flexibility to withdraw from their home equity accounts to supplement disposable personal income. In 1980, consumer spending was 63% of gross domestic product and today it is 70%.

The wealth effect [Matrix] [3] has diminished for the stock market and may happen with housing, depending on where the economy goes over the next year and how the housing market reacts over the next several quarters.