For the past decade, I’ve been observing a pullback in sales in the summer of an election year and then a release in sales after the election into the new year, no matter the party or the candidate. I was speaking about this to Sylvia Varnham O’Regan [1] at The Real Deal Magazine [2], and she asked me to prove it empirically.

Her article: This is how presidential elections really affect home sales [3] lays it out for the Manhattan market. 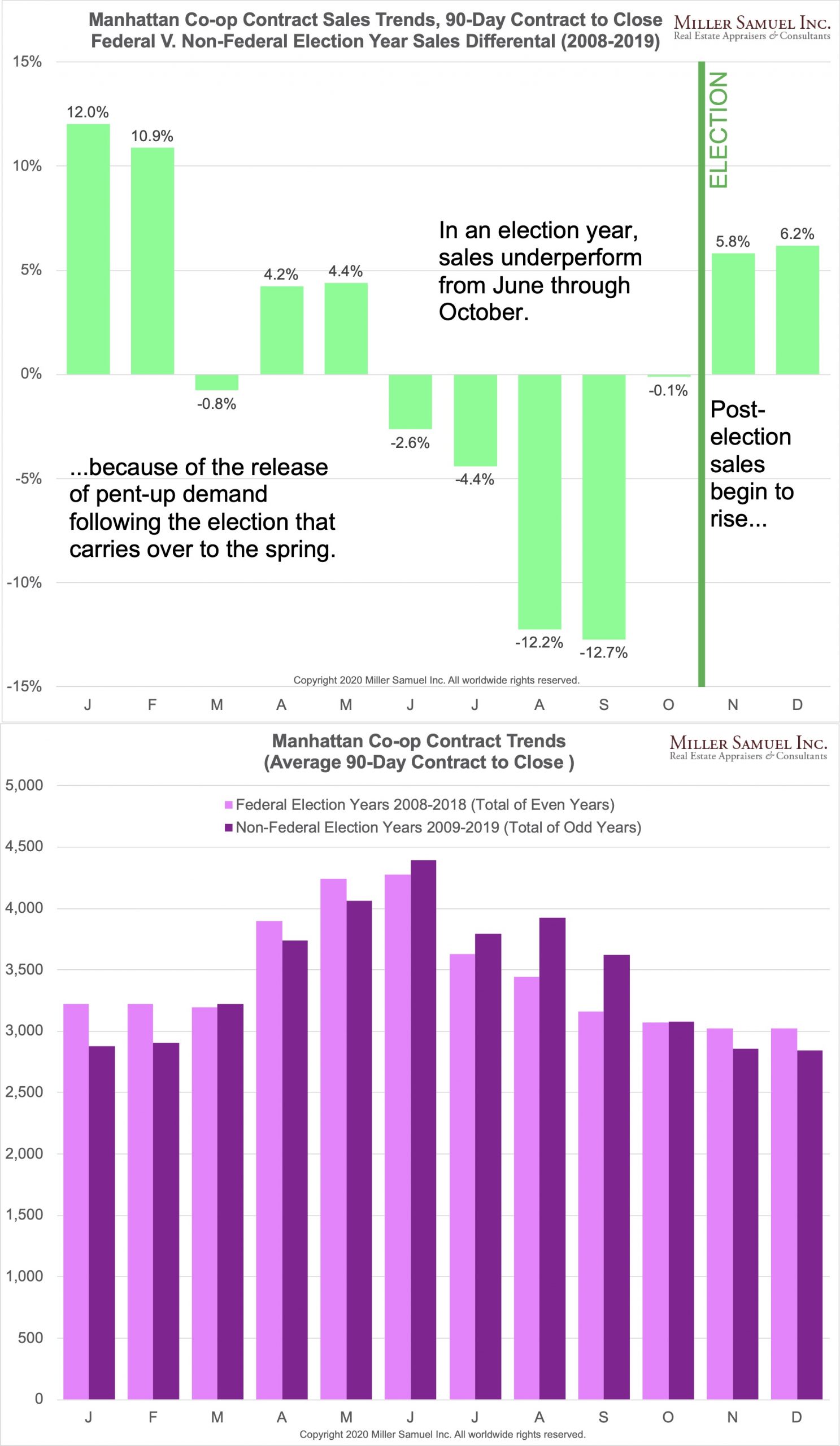