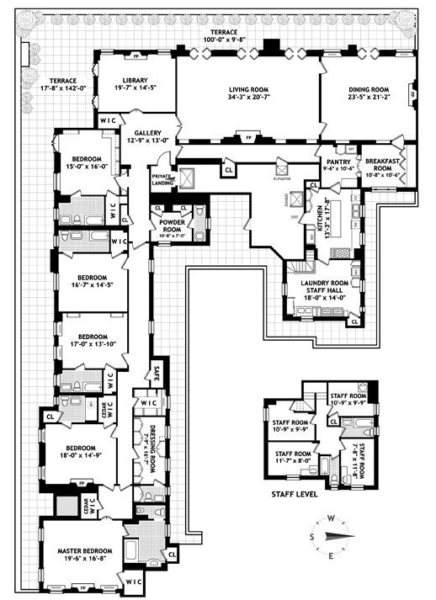 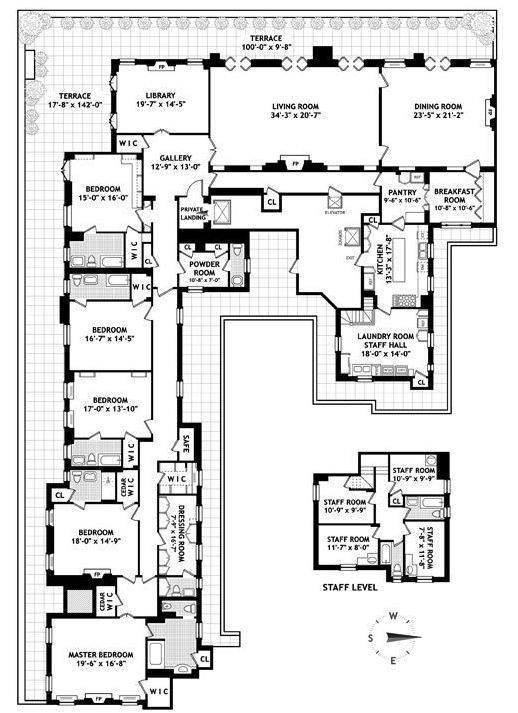 Real estate reporter Katherine Clark at the New York Daily News got the scoop on the $70,000,000 penthouse sale at 960 Fifth Avenue [2], the highest price ever paid for a Manhattan co-op apartment. Curbed New York [3] lays out all the (pretty?) pictures.

To further illustrate how much more expensive this new record price actually is, take a look at the two highest Manhattan co-op sales prices achieved, but on a price per square foot basis:

On a price per square foot basis, the record sale was 182.8% above the previous record sale price set two years ago.

With all the attention focused on the newish or new development residential condo market, the all-time price per square foot apartment record was set 2 years ago, around the time of the Geffen purchase.  A Russian oligarch paid $88,000,000 [5] for Sandy Weill’s penthouse condo that works out to $13,049 per square foot. That record breaking sale was largely viewed as a market outlier, that the buyer overpaid as part of a larger divorce strategy – since it was 31% higher than the previous record in the year prior within the same building.

Some other oddities about this new record co-op sale at 960 Fifth Avenue [6]:

Since these conditions would probably make any high end co-op board nervous, perhaps this is a sign that shareholders (board members are also shareholders) are concerned about damaging potential property values by limiting the universe of people [7] that would be able to afford these types of prices in this new market condition.