[Karl- Heinz SchabmÃ¼ller M.B.A., a real estate broker in Paris, France regularly writes articles and market reports about the city’s housing market based on market figures released by the Paris Notary Chamber. I have not met Mr. SchabmÃ¼ller, but have traded emails since he is a fan of Matrix] 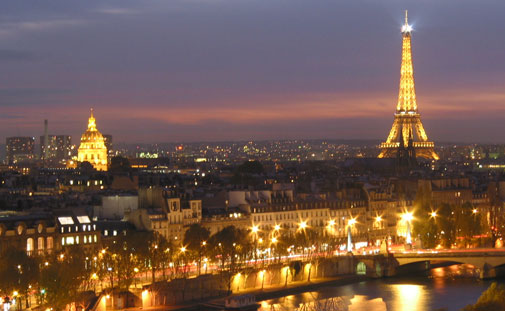 click for the Paris Market 2Q 2006 stats [2]. The recap of the current report is found below:

The city’s real estate market is slowing down but remains solid and in good condition. During the second quarter of 2006 the average price per squaremeter increased by 12,5% compared to the same period in 2005, however sale’s volume shrank by 6.6%. The average squaremeter price in the city of Paris now stands at â‚¬ 5.515. These numbers were released by the Paris Notary Chamber in its press conference on 3 October 2006.

Interestingly, the 7th arrondissement which stretches along the southern bank of the Seine and includes the ‘MusÃ©e d’Orsay’, the ‘Invalides’ and the ‘Eiffel tower’, has become the most expensive district ( 8,162 â‚¬/mÂ²) whereas the 6th arrondissement around ‘Saint Germain- des PrÃ©s’ and the ‘Luxembourg Gardens’ now ranks second (8.099 â‚¬/mÂ²).

A handsome two- room apartment (app.40/45mÂ²) in fairly good quality, which can easily be rented out, now costs about US$ 400,000 to 450,000 in these attractive central areas. First- class properties in prestigious addresses like ‘avenue Foch’ or ‘place Furstemberg’ sell at â‚¬/ US$15,000 and higher.

You will find much more information about the Paris real estate market in the KHS report [3] , which was presented at the American Chamber in France in April 2006. It describes the market situation on the romantic left bank ‘rive gauche’ and in the elegant western districts around ‘avenue Montaigne’, ‘avenue des Champs- ElysÃ©es’ and the 16th arrondissement along the ‘bois de Boulogne” forest.