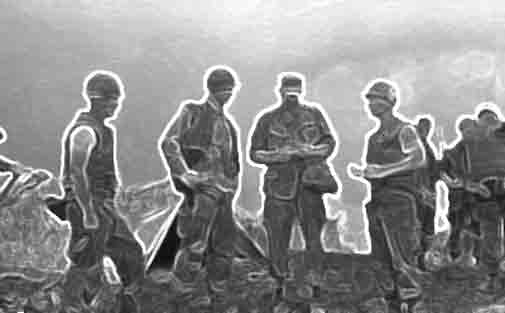 A lot has been made of the lack of moral hazard on Wall Street, festering into the current crises.

Michael Lewis, author of a number of great books, including Liars Poker [1] comments in his recent column titled: Bright Side of a Total Financial Market Collapse [2]:

No sooner did Greenspan shuffle off the stage and sell his memoir than the financial system he helped shape fell apart.

He’s left not only a mess but a void. No matter how well- educated we become in our financial affairs, we still need public officials to look up to, unthinkingly.

Slate’s new The Big Money is an excellent resource for financial news commentary. Martha White’s article: What Is a Moral Hazard? The economic reasoning behind bailout or no bailout [3]is a good read.

While bailout seems to be the financial term du jour, right behind it is the more ambiguous “moral hazard.” Treasury Secretary Henry Paulson cited moral hazard as the reason not to swoop in to save Lehman Bros. and Merrill Lynch. Puzzling to many, though, was that while moral hazard was discussed in conjunction with the rescues of Bear Stearns, AIG, Fannie Mae, and Freddie Mac, it wasn’t a deal breaker in any of those cases.

…moral hazard is the idea that insurance in any form makes people riskier.

When I was 15 years old back in the Bicentennial summer of 1976, I rode my bicycle 4,400 miles zig zagging across the US with a group formerly called Bikecentennial [4]. Of 4,000 people who participated, 3 people actually died riding that summer, and within our own group of a dozen riders, those who did wear helmets experienced wrecks and those who didn’t wear helmets (like me), were fine.

I often wondered if wearing a helmet made the riders more prone to take risks. I don’t think so – they represented a cross section of temperaments in our group. In fact, I bought a helmet when I got home and have worn one ever since – and no wrecks.

Perhaps it is more as an argument of convenience. Throw it in if it helps make the case?

The absence of moral hazard of the current situation was created by the GSE structure to begin with. Investors assumed the US would bail out ‘Mac & ‘Mae if they ever ran into trouble because they were “government sponsored”. I can only imagine what would happen to the financial system if the former GSEs were allowed to fail. “Faith and credit of the US” would have meant nothing forever, or at least as long as the current Yankee Stadium is old [5].

And the system seems to be unraveling quickly judging by more actions this weekend [6].

Paulson and Bernanke have been making moves faster than Congress or the President can seemingly comprehend. Expect Congress to start fighting the changes [7] once they get it.

“There are no atheists in foxholes and no ideologues in financial crises [8],” Mr. Bernanke told colleagues last week, according to one meeting participant.

A bit unnerving but the Bush administration has been disconnected from the crisis until a few days ago, when it began to back Paulson’s actions. In fact, that was a requirement of Hank’s acceptance of the position to begin with, unlike his predecessors in the current administration.

And the candidates, until a few weeks ago, didn’t discuss the issue directly – and still don’t seem to get and at the very least, didn’t see it coming. Paulson and Bernanke need to move fast.

The lesson learned from this bailout of epic (trillions) proportions, was best said by Floyd Norris in his Reckless? You’re in Luck [9]

Had the government bothered to do that in years past, it might not have faced the decisions it faced this week. First, it let one big firm go down, and then it became scared enough to nationalize another one to keep it afloat.

Now, showing no sign of embarrassment over how badly they failed before, the current crop of regulators seem to be unified in their determination not to let the markets force them to make a similar choice on some other big financial institution.

It’s not about more regulations, its about regulations that deal with today’s markets.

Paulson and Bernanke will have to wrestle with these issues later, right now, they are suggesting we all wear a helmet.