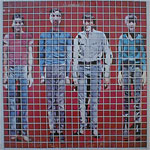 If you are a Talking Heads [1] fan, you’ll get the title [2]. If not, its a completely silly, but thats the idea when it comes to many indexes. It seems that there is an index for everything and everyone, but are they useful or merely headline grabbing public relations opportunitues? I am not sure I care.

Here are a few indexes I have been following, some more than others:

An Index To Aspire To 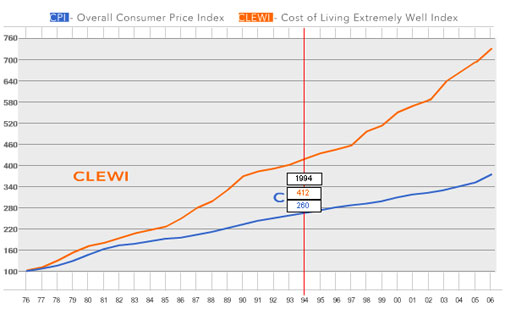 Forbes recently released its The Cost of Living Extremely Well Index [3] which tracks the costs of luxury items that most Americans don’t buy (because they are not found at Wal-Mart [4] or Target [5] (pronounced “tar-JAY” for the social elite). The idea is to separate purchase costs of the wealthy as compared to the _paper-cup using, American Idol watching, blue jean wearing, mid-sized compact driving, gum chewing, Wonder Bread buying public like most of us are.

Of course, one of the biggest costs of living extremely well (or as I like to say: Extreme Living) that is missing from the index is housing. If you can buy an $11M helicopter, you can probably afford an expensive home. In most of the US, a luxury home is something over $1,000,000. In Manhattan, its something over $40,000,000 and its usually one of many homes that are owned.

I am not sure how Forbes would track this because there really isn’t a reliable national luxury housing index. Coldwell Banker has tried [6]. The NAR might consider tracking an upper percent of home sales rather than setting some sort of artificial price threshold index.

An Index To Gain Weight With

The Economist introduced the Big Mac Index (subsc) [7] about 20 years ago.

Burgernomics is based on the theory of purchasing-power parity, the notion that a dollar should buy the same amount in all countries. Thus in the long run, the exchange rate between two countries should move towards the rate that equalises the prices of an identical basket of goods and services in each country. Our “basket” is a McDonald’s Big Mac, which is produced in about 120 countries. The Big Mac PPP is the exchange rate that would mean hamburgers cost the same in America as abroad. Comparing actual exchange rates with PPPs indicates whether a currency is under- or overvalued.

An Index To Wake Up To

A few years ago, The Economist began the Tall Latte Index [ABC] [8] which basically does the same thing as a Big Mac. I was thinking that a Venti Caramel Frappucino calorie or caffeine count may correlate better to the housing market than the cost.

An Index To Have With Your Lunch

While I am on the Economist bandwagon, lets not forget the Coca-Cola Map [9] that correlates wealth with its consumption. The conclusion? 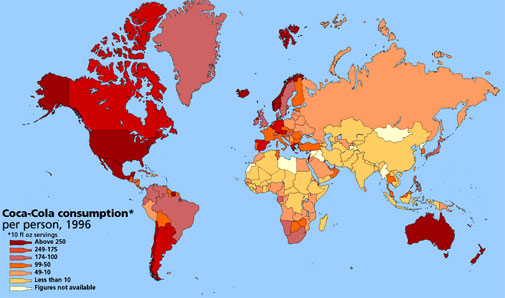 Coke consumption takes off at the upper end of the development scale. Finally, democracy goes better with Coke. Consumption rises with political freedom, as measured by Freedom House’s seven-point scale. Have a cola, North Korea.

Of course, here’s another map that breaks down the language of soft drinks [10]. Click on the states for the actual numbers by county. Yet another map available on CNN.com that was interactive a few years ago but now is only available as a pdf. [11]

I will post about more serious subjects later today. Right now too I’m too busy gauging how hungry and thirsty I am.