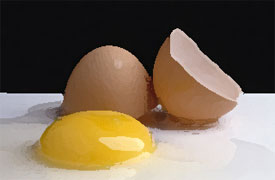 It’s bad enough that the current NAR chief economist has made himself irrelevant by continues to say some crazy things about the housing market [1]:

Two things homebuyers shouldn’t have to worry about is a recession or long-term credit crunch.

Yun, who admits that he has to balance empirical data with a role of advocacy for the housing market, said that while the beginning of 2008 has been weak so far, the second half of the year should see an uptick that could lead to home value growth of more than 20 percent in the next five years. “I think there is enough momentum to bring the buyers back into the market,” Yun said.

His adventures are well chronicled in Lawrence Yun Watch [2] which followed the widely read David Lereah Watch [3] who was his predecessor.

Now we are seeing the former cheerleader for NAR, David Lereah espousing negative views on housing. [4]

David Lereah [5]was the poster boy for all that was wrong with the housing boom. He wasn’t that subtle about spin, or perhaps an organization like his didn’t have the blogosphere to contend with before he came on the scene [6].

David Lereah moved on to Move [7] and when they experienced problems, moved on to his startup Reecon Advisors [8], which provides advice to Wall Street. Interesting. Didn’t Wall Street read the newspapers during the housing boom? What advice are they looking for?

I guess the only point to this post is that I find it amazing that someone, who is so smart and articulate, take the dubious path that he took, and still be able to sell books and be paid for advice, which contrasts what he doled out for years with NAR and apparently trained his successor well.

I have so much to learn.