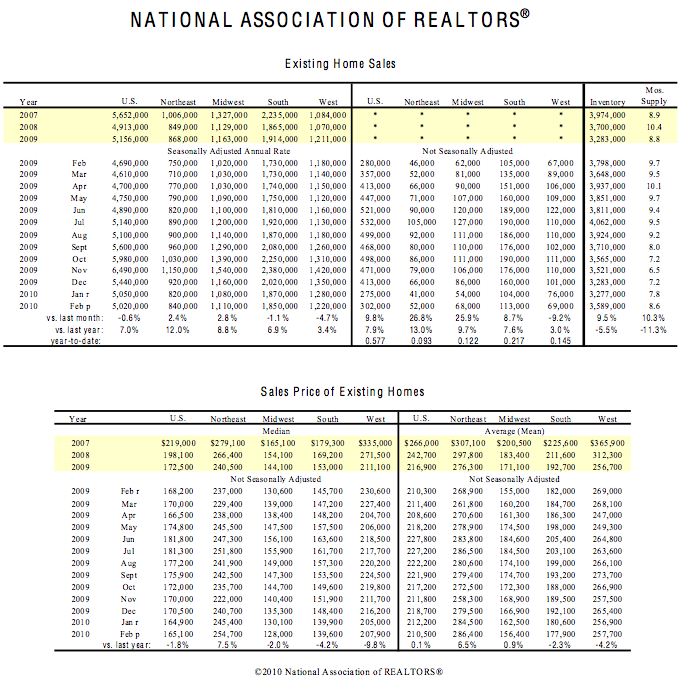 Its becoming apparent to even the most optimistic that job growth will be the yardstick [2] that determines when housing will improve to a point where it is self-sustaining.

Seasonally we expect inventory to rise in the spring, we also expect sales to rise.

Purchases dropped 0.6 percent to a 5.02 million annual rate, the lowest level in eight months, figures from the National Association of Realtors showed today in Washington. There were 3.59 million houses for sale, a 312,000 increase from January that marked the biggest gain since April 2008.

NAR’s chief economist is calling for a second surge [3] or we are headed for problems.

Sales are up 7% compared with a year ago, the NAR’s data showed.

“We need to have a second surge,” said Lawrence Yun, chief economist for the real estate lobbying group. However, the jury’s still out, he said.

“Has everything in the gas tank been used up?” Yun asked. “Or is this just a pause before the next step up?”

It’s hard to imagine a “pause” in February. I was surprised a complaint about the weather [4]wasn’t used.