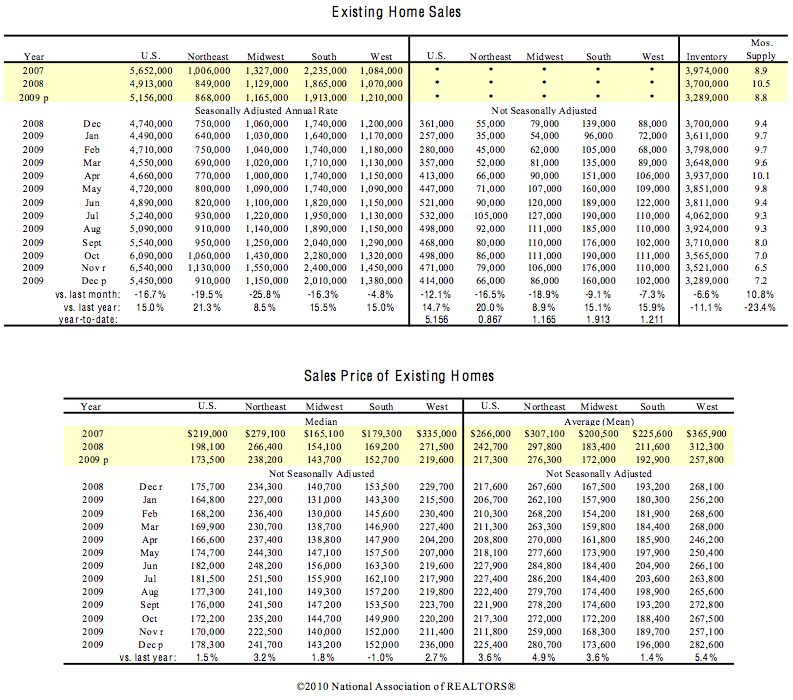 Last month home sales spiked as first time home buyers rushed to take advantage of the tax credit before the November 30 expiration and no one was sure that the credit would be extended. As a result, the December sales reflect the sharpest decline in existing home sales in 40 years [2].

From the NAR press release [3] for existing home sales:

After a rising surge from September through November, existing-home sales fell as expected in December after first-time buyers rushed to complete sales before the original November deadline for the tax credit.

NAR couched the bad news with a sprinkling of good news:

The worry here is not about the 16.7% decline – the concern is the removal of the tax credit as a stimulus for demand. I’m not advocating one way or the other – I am merely observing that housing does not yet stand on its own two feet so calling a bottom or a recovery is a mischaracterization.