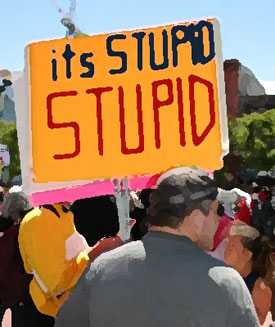 For as hard as the typical Realtor works to make a living [1], that goodwill is quickly undone when looking at the forecasts that come out of Lawrence Yun’s office at NAR. Disbelief has been a recurring theme in the blogosphere since LY took over the reigns from DL.

Nearly once a week, I am hammered with some sort of press release spin that is, for lack of a better word, gross.

Now that the subprime market has dried up [2], and loans insured by the Federal Housing Administration and those purchased by Fannie Mae and Freddie Mac are making a comeback, the housing markets will strengthen and prices are likely to begin a steady uptick in the coming months, Yun said.

“There are many reasons for people to get into the housing market today, and very few reasons not to. With the plentiful supply of homes for sale at affordable prices, interest rates approaching 40-year lows, and the strong track record of housing as a good long-term investment, conditions are ripe for buyers,” he added. “Those are the facts, plain and simple.”

Those aren’t the facts, plain and simple. It’s so simplistic a statement, it’s sad, actually. The problem remains with credit and the large drop in purchasing power that created artificially high demand. Bloated inventory levels are still a significant factor.

One could reasonably argue that Yun is committing consumer fraud [3] by trying to entice people to buy into a market that is poised to fall further. I suppose he thinks his ridiculous predictions will restore confidence in the real estate market. If in fact his role is to spread optimism, the NAR should be legally required to post an appropriate disclaimer stating their real purpose. 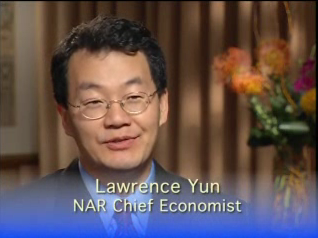 Please watch this video [4]– is it just me or is this just plain gross? What is the NAR thinking? They desperately need to reconsider this approach to public relations. The consumer needs to be given credit for having intelligence.

You Can’t Make This Up