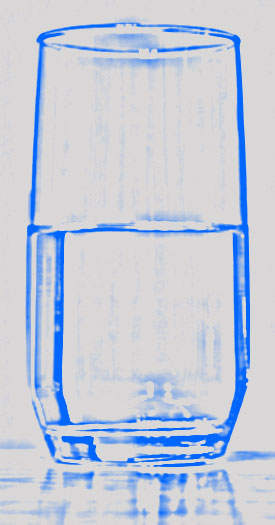 With all the talk about national housing rebounds [1] lately, reality had to settle in with actual numbers. What’s interesting to me is how the takeaway from the results seem unclear.

NAR [2] is spinning it that prices have hit bottom [3]. I don’t agree but I would guess we are within 2-3 quarters from that point.

Is the glass half empty or is it half full? For much of the coverage on the NAR figures, the glass is not half empty, its simply empty.

Well, I’d say its half empty. With 40 states posting losses in the 4th quarter as compared to the same period last year, it sure looks like the market is continuing to weaken nationwide. That’s logical since inventory levels, while showing signs of stability, are still way too high. Until levels are fully absorbed, I would think the NAR will keep reporting declining numbers for the next 2-3 quarters. Oversupply = more competition = weaker position by sellers to hold to their price.

On the other hand, its not all gloom and doom in every market, and I think this is the sort of impression that one walks away with when reading about this topic today.

CNN/Money presented a link to 149 major metro markets and guess what? The range of price changes ranged from -18% (Sarasota-Bradenton-Venice, FL) to 25.9% (Atlantic City, NJ). The big news angle here is that 71 markets went up and 73 went down, which is more than half of all metro markets. Didn’t everyone see this coming? Is this a new idea?

I am fairly confident the national numbers will continue to show similar weakness for the next several quarters and we are not at “housing bottom” nationally. That’s why I think the Fed Chair Bernanke’s comments about the economy [11] actually suggest potential rate cuts and housing is one of the main reasons.

he forecast calls for slightly slower growth in 2007 than the Fed predicted last summer, but still in line with officials’ estimates about the economy’s long-run potential growth rate. The lower growth estimate reflected the sharp downturn in the housing market last year, and an expectation that housing would continue to drag down overall growth in 2007.

With national housing and the auto industry weak, and a lot of speculation that the latest GDP figures are inflated [12], there is a growing argument that we could see the fed cut interest rates in the second half of 2007. This could help prime the housing pump to get the excess inventory off the books.

In fact, there a rising level discussion that interest rates will remain low for the next several years. Housing is one of the reasons. There’s a great article in last week’s issue of Businessweek. [13]