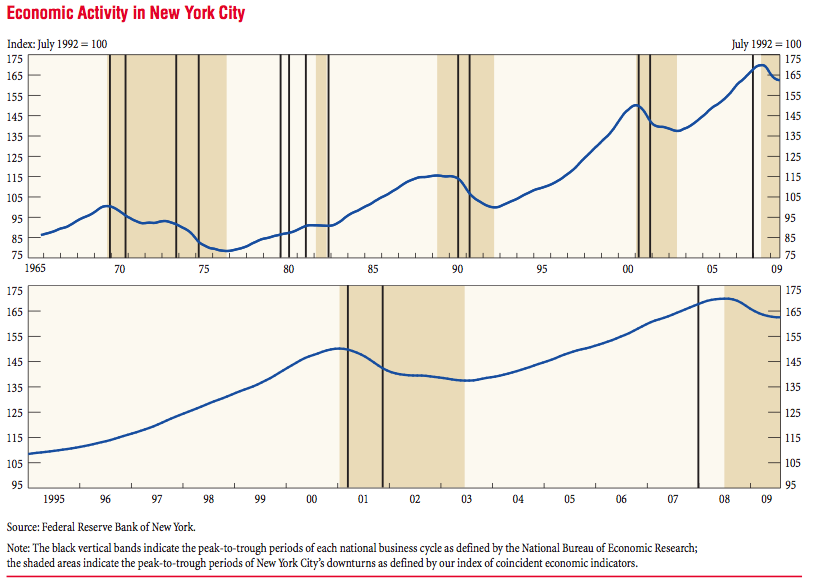 In the recently released paper “Is the Worst Over? Economic Indexes and the Course of the Recession in New York and New Jersey” [1], by Jason Bram [2], James Orr, Robert Rich, Rae Rosen, and Joseph Song the answer seems to be…sort of [3].

In this paper, key metrics of nonfarm payroll employment, real earnings (wages and salaries), the unemployment rate, and average weekly hours worked in the manufacturing sector were used to create coincident indexes for New York state, New York City and New Jersey. A coincident index [4] is a single summary statistic that tracks the current state of the economy.

The paper points out that regional economic cycles are not the same as national cycles. They conclude that the region may not mirror, and could lag the national economy.