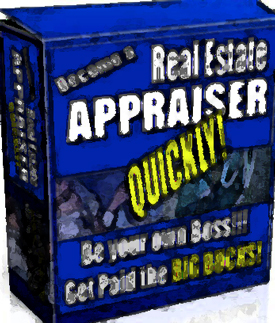 For a housing market obsessed by real estate coverage, residents of New York City are like drug addicts being given heroin (or like an appraiser being giving perfect sales comps) by the sheer volume of real estate market coverage.

But that’s not the point I’m trying to make here. The appraisal profession has entered the media fray by name in major publications.

A few months ago the Wall Street Journal [1] announced they were expanding their news coverage to include the New York metro area to compliment their national coverage. They expanded their staff and made a commitment to a new section called Greater New York [2] and includes local real estate market coverage.

To counter the move, the New York Times [3] is beefing up its real estate coverage to supplement its iconic weekend real estate section [4].

Within WSJ’s new Greater New York [2] section is a page devoted to real estate. Among one of the daily features is a section called “The Assessor” which includes a graphic and some factual housing tidbits. One of the early names under consideration for the feature was “The Appraisal” but eventually became “The Assessor” (same diff).

While the appraisal profession remains a mystery to many (including me), the coverage of real estate certainly doesn’t.

Well, that’s my appraisal of the situation, anyway.