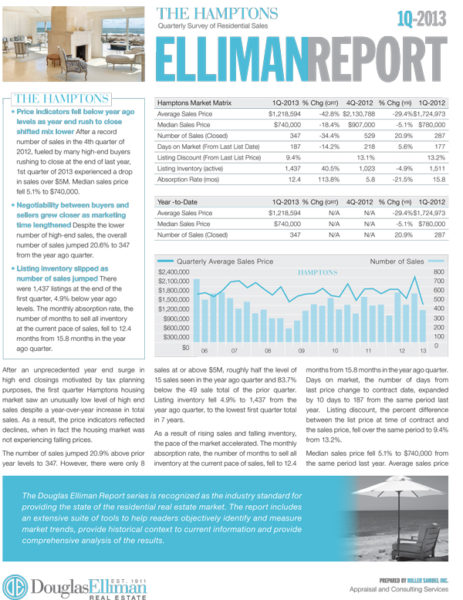 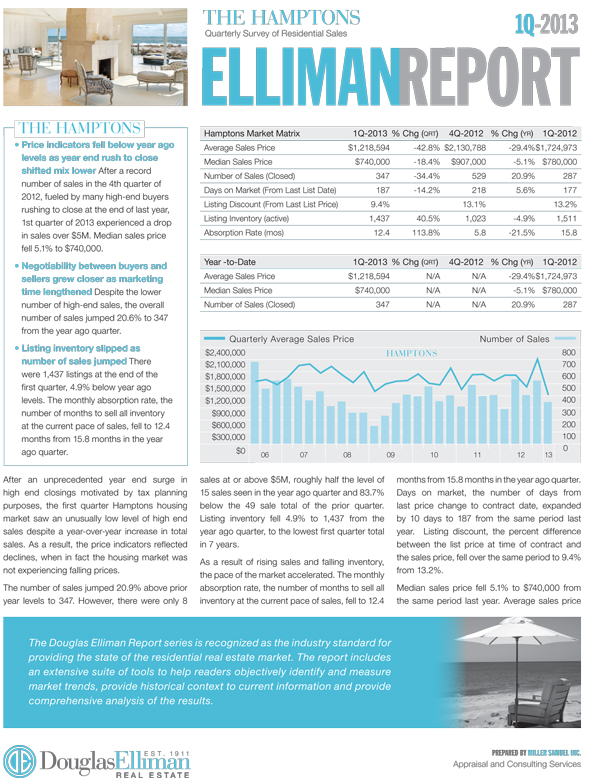 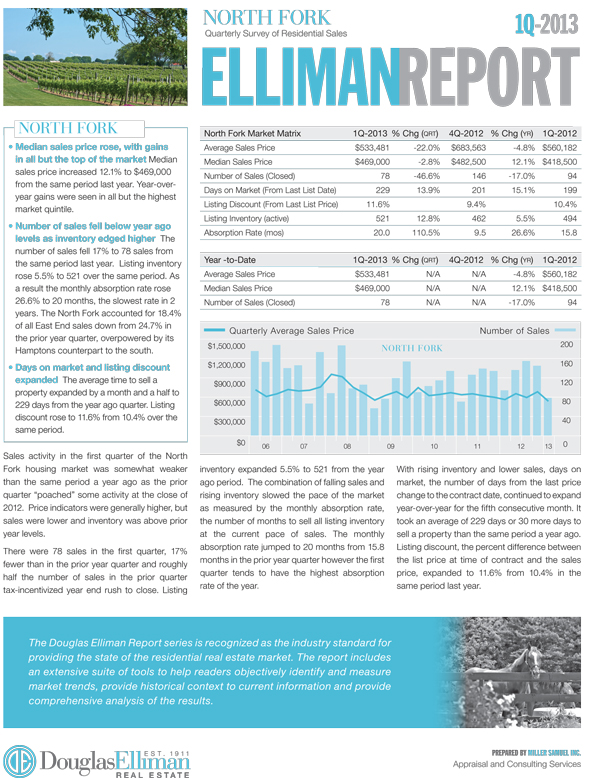 We recently released the market reports we prepare for Douglas Elliman [3] covering the The Hamptons [4] and North Fork [5].

This is part of an evolving market report series I’ve been writing for Douglas Elliman [6] since 1994.

HAMPTONS…After an unprecedented year end surge in high end closings motivated by tax planning purposes, the first quarter Hamptons housing market saw an unusually low level of high end sales despite a year-over-year increase in total sales. As a result, the price indicators reflected declines, when in fact the housing market was not experiencing falling prices…

NORTH FORK…Sales activity in the first quarter of the North Fork housing market was somewhat weaker than the same period a year ago as the prior quarter “poached” some activity at the close of 2012. Price indicators were generally higher, but sales were lower and inventory was above prior year levels…

You can build your own custom data tables [7] on the market – now updated with 1Q 13. While we haven’t built separate chart galleries for each market yet, you can browse our chart library [8].