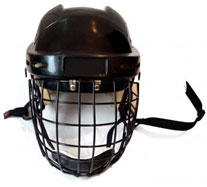 Thomas Schelling, professor emeritus at the University of Maryland won a Nobel prize in economics whose work on the relationship between competition and and social welfare was highly regarded [NYT]. [1] He contended that we can learn more about what people value by looking at the rules that result rather than the choices made by each individual. This is contrary to Adam Smith’s theory of the invisible hand that says that self interest promotes the greatest good of all.

“As in hockey, many of the most important outcomes in life depend on relative position. Because a “good” school is an inescapably relative concept, each family’s quest to provide a better education for its children has much in common with the athlete’s quest for advantage. Families try to buy houses in the best school districts they can afford, yet when all families spend more, the result is merely to bid up the prices of those houses. Half of all children will still attend bottom-half schools.”

In other words, if everyone takes the same action, the bar is simply raised higher making it more difficult for everyone or negating the perceived advantage of the original action.

Webmaster’s Note: The author of this NY Times article is Robert H. Frank , an economics professor at Cornell University and co-author of “Principles of Microeconomics” with Ben S. Bernanke, recently nominated to replace Alan Geenspan as Chairman of the Federal Reserve. This is one of the best articles on economics I have read in a long time.