[This market recap on the Northern Virginia from MLS data is compiled by Butch Hicks [1], a former president of RAC (Relocation Appraisers and Consultants) [2] (that I am a member of), a friend and an experienced appraiser in Northern Virginia. The results of his efforts are published on his web site as a series of charts [3], each with a brief summary. (As a kid growing up in the Washington DC area, I was bombarded by “Virginia is for Lovers” tourism ads, and of course “DC is for US, by George”)] -Jonathan Miller

Here’s a sample of the charts available online. 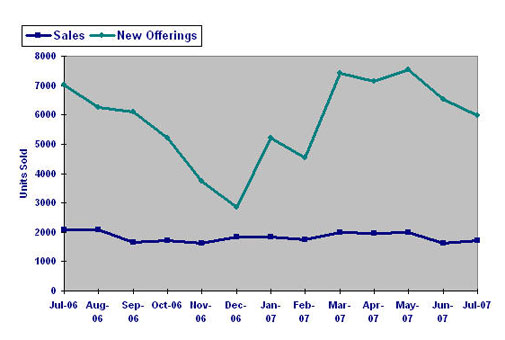