The most famous tabloid headline in New York history was the New York Post’s “HEADLESS BODY IN TOPLESS BAR” and one of my bucket list items is to sit in on the meeting where the next day’s headline is determined.  The crafting of their headline is critical because it sells newspapers.

We see this in the quest for SEO recognition in the coverage of real estate.  I’ve never been competent in coming up with catchy headlines for my blog posts – like figuring out what makes a YouTube video go viral.

While this newsletter is not intended to be New York City-centric, I think there is something that all of us can learn from the results of our latest research. 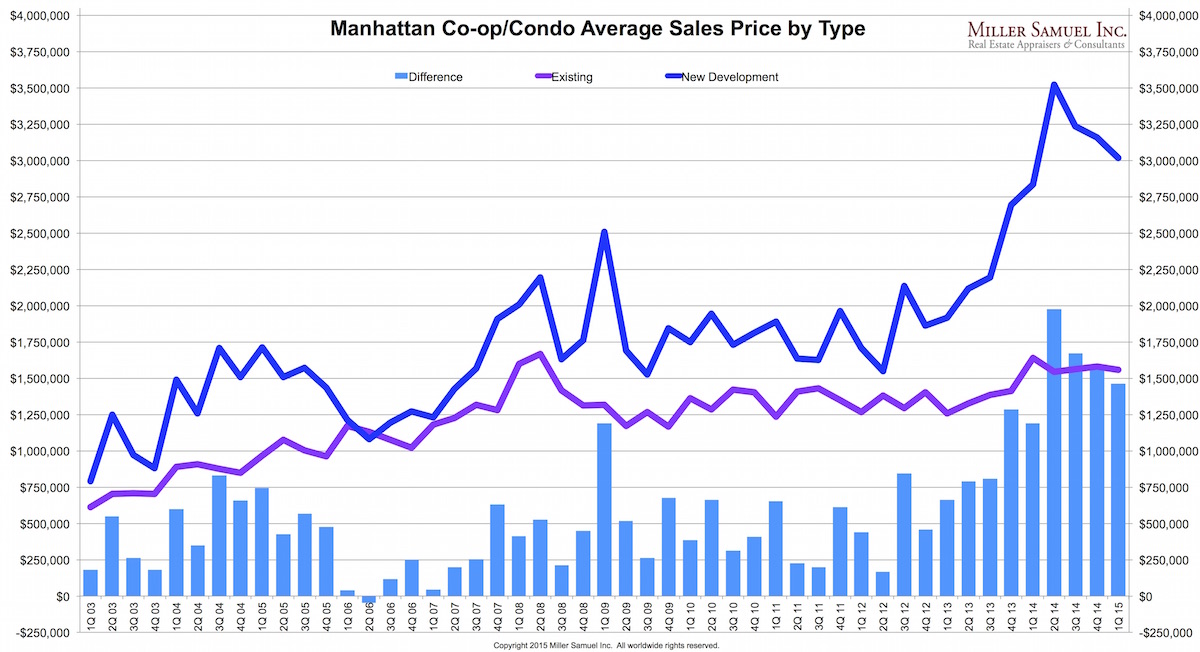 Yesterday we published the Manhattan Sales report for Douglas Elliman and the news was less hyperbolic than in recent quarters.  Housing prices were essentially unchanged from a year ago and sales dropped for the third quarter in a row on a year-over-year basis. Three data points make a trend and this pattern suggests that housing has simply reset from the heavy volume of 2013-2014 to more sustainable levels. Fence-sitters that accumulated after the collapse of Lehman Brothers in September 2008 to the fiscal cliff expiration at the end of 2012 rushed into the market in 2013 out of fear of rising mortgage rates. Well, that excess demand appears to have been fully absorbed by the second half of 2014.

Coverage of the report in Crain’s New York was initially titled “Manhattan condo, co-op prices remain the same” but was later changed to “Manhattan: Your residential gold rush is over.”  The latter was much more catchy and perhaps a tad over the top, but the article itself was spot-on.  A few weeks ago, a Bloomberg News piece was initially called “Lower Body Counts Lure U.S. Homebuyers to Ex-Murder Capitals” which I loved but it was later renamed “Falling Crime Rates Make Dangerous Neighborhoods Safe for Bidding Wars.”  I thought the original version was more extreme than the latter but the piece remained a great read.

So much about the housing market today is nuanced and it is hard to get every headline right and still maintain SEO love.  In 2012 I came across as some sort of housing curmudgeon because I was incredulous at how much hoopla was tied to the phrase “housing recovery.” U.S housing prices were rising (9% to 14% YoY) depending on the source, yet the fundamentals that drove housing then were weak (wage growth flat, unemployment high and credit tight).  Rising U.S. housing prices from 2012-2014 were all about falling inventory and a decline in low priced foreclosure activity.

Back then I was trying to give the “housing recovery” a more accurate name and asked for suggestions at a presentation in early 2013.  “Pre-covery” stuck and I used it a lot for the next 2 years as a title for the U.S. housing market.

Now that the U.S. “housing recovery” euphoria has morphed into something more accurate – slowly improving conditions because of some longer term improvement in fundamentals like employment and an increase in short term wage growth and household formation, we can get on with a slow, modest-paced, housing recovery.

Somehow the title “slow-covery” doesn’t work for me. Got a suggestion?