Quite often it is easier NOT to ask why, just nod your head and move on. But then you miss the good stuff. This week we use the following “float” analogy to explore lighthouses (they don’t float despite being in water at all times), getting quoted in Woman’s Wear Daily and People Magazine (they float initially) and urban density metrics (don’t even ask), among other housing issues.

This is why Diet Coke cans float and regular Coke cans sink pic.twitter.com/Uny34djt43

Douglas Elliman published my July rental market analysis as part of our expanding Elliman Report series that I began in 1994. Before we get to the analysis part, I wanted to point out that the article covering the report was the 5th most emailed article on the Bloomberg Terminals world wide (±350,000 subscribers) and I don’t care whether their terminals float or not. 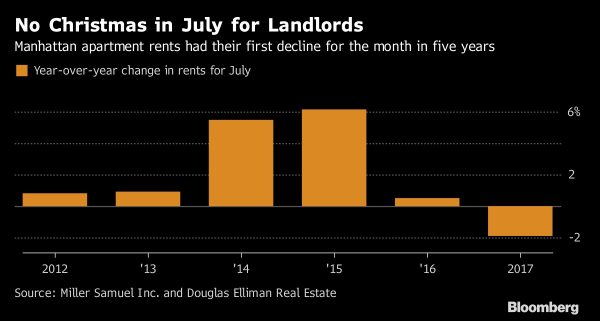 And a longer view of Manhattan median net effective rent… In the fall of 2013 and early winter of 2014, the rental market demand was strongly poached by the sales market. The buildup of pent-up sales demand was released in 2013 despite the uptick in mortgage rates due to the Fed’s spring “taper tantrum.” Nationally the pattern was inverted with the tantrum slowing sales. 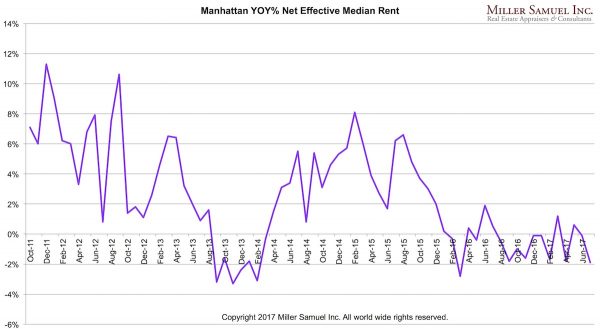 This shows the seasonal pattern of the rental market. July is the activity peak. 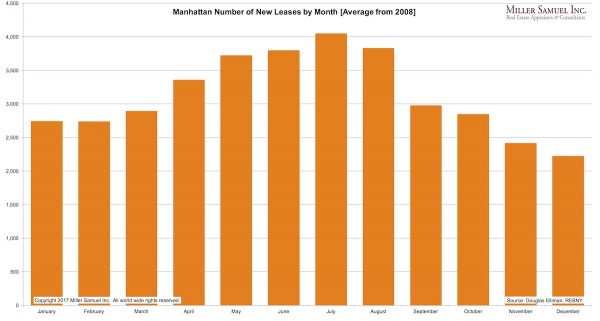 Here are some additional charts… 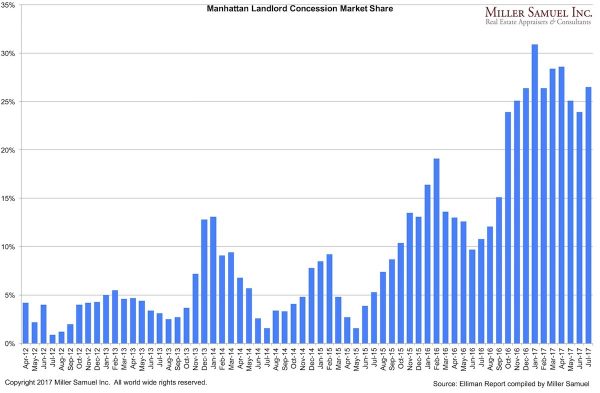 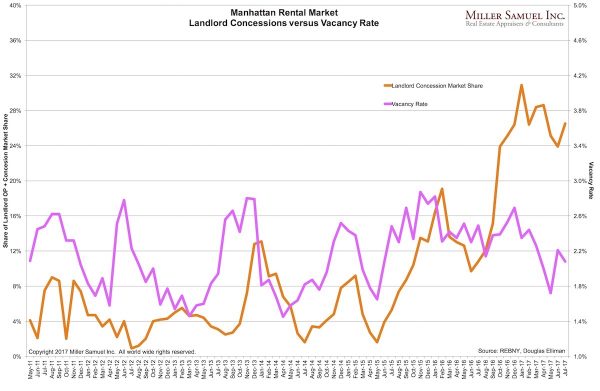 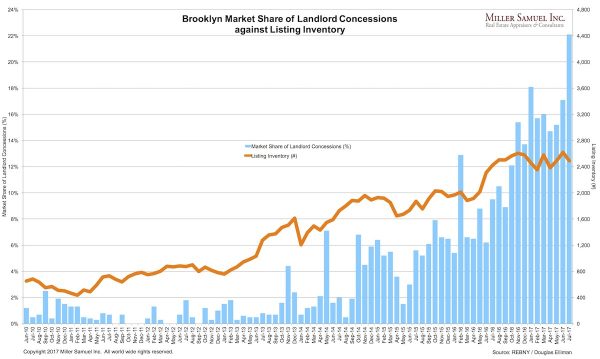 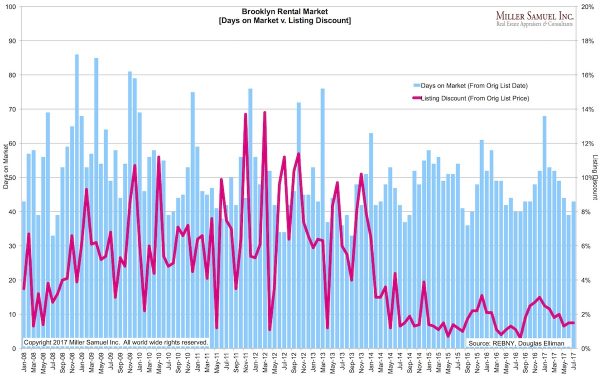 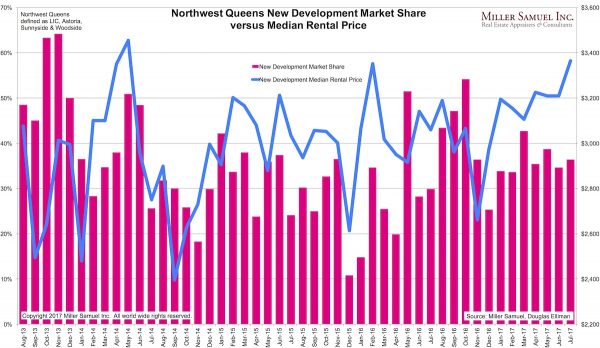 Let’s Talk About Density and Prices

Here are several good reads from NeighborhoodX, a startup run by Constantine A. Valhouli that I advise.

Comparing housing prices in major U.S. cities: And what this says about each city.

Let’s talk about stats (Part 2 of 2): Metrics matter, and can have policy consequences.

I continue to be fascinated by the situation facing the developer and owners of Millennial Tower in San Francisco. The following quote was provided in the coverage:

“The latest data shows the tower has tilted about 2.5 inches west to the Salesforce skyscraper since January. That’s ‘more than twice the historical tipping rate,’’ the owners’ lawyers argued to the judge.

They noted that the building tilted a total of 11.5 inches in the eight years since it opened in 2009 and the end of last year.

‘At the current rate of tilt, even a two-year delay could add another eight to 10 inches of tilt to the west,’ the homeowner lawyers said in the filing.”

What about the idea of buying a lighthouse to live in? It sounds like a good idea at first – no lawn to mow and no solicitors. But on the other hand, Dominos won’t deliver and running errands during a storm seems needlessly risky.

There is a good read in the New York Times where $15K will get you one. 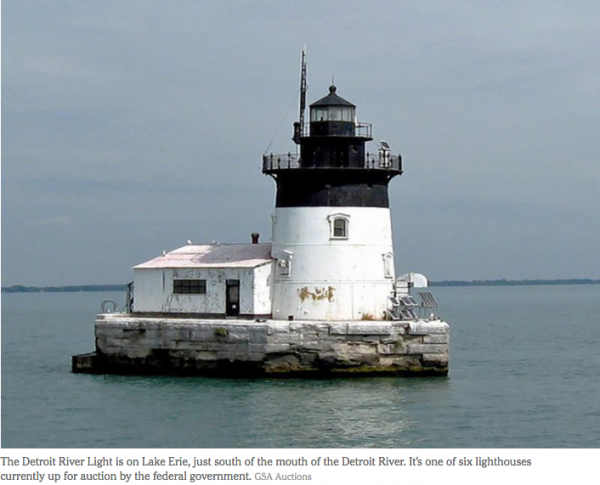 Apparently, the federal government is lousy with lighthouses (they have a lot). Through GSA auctions, you can buy one but the prices are much higher than $15K. Here is one that was bid up to $282,345. It has more appeal. 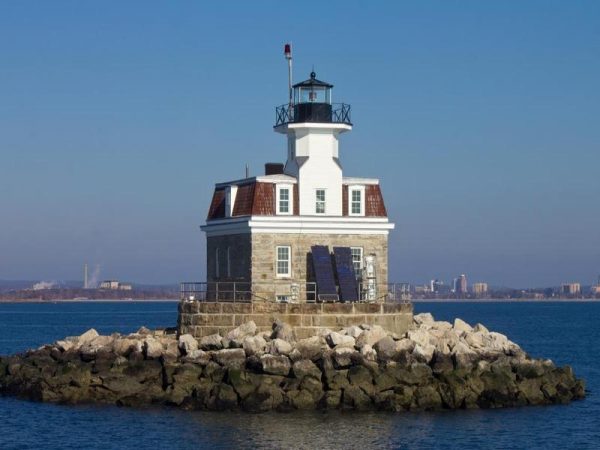 I’ve seen lighthouses in Connecticut on the market for around $700,000 but not aware of one that actually sold. I’m also the mayor of a number of lighthouses on Long Island Sound using @foursquare.

Here is another aspirationally priced listing in the Los Angeles area. Mark your calendar for 2 years from today and check back in to see if it either sold, sold with a drastic price cut or never sold. Last year there were 2 homes in LA that sold for $100M. One had 38,000 square feet on 2 acres and the other has 22,000 on 5 acres. 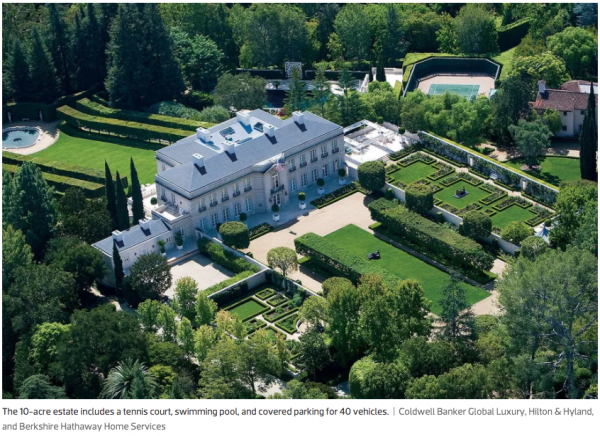 Buying a street out from under you on a technicality

A couple bought a private street that through some sort of snafu, was put up for auction. I would guess the homeowners association will have to pay up for the oversight, but in a weird way, this seems unethical since the city has been mailing bills to the wrong person for decades. If this was a street of modest homes, I suspect these investors wouldn’t be written about in such a positive way. 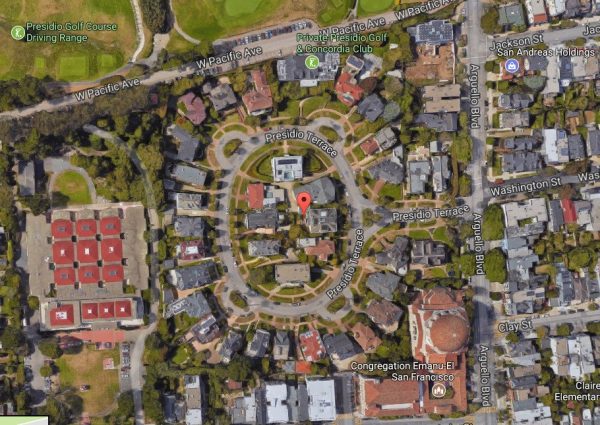 I just love this photo. Not sure of the actual source, but it’s awesome. Doesn’t fit with the new urbanism trends, but it showcases that we are capable of many things, even parking. 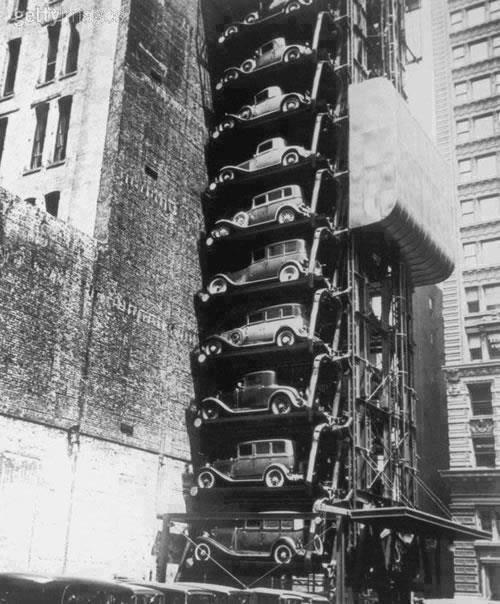 This is something I shared over on my appraisal forum site: Real Estate Industrial Complex.

Region III drafted a “resolution for resignation” document, requesting the resignation of the current national leadership and CEO of AI.

This resolution was sent to me as a Word document and was written to be used by all the regions. I have attached the Word document and a pdf. I believe it will be voted on this coming Tuesday in Region III. It is ironic that Chicago, the location of AI National, is in the same geographic area as the Region III chapters: Chicago, Great Lakes, North Star, Northern Illinois and Wisconsin.

This is the long awaited “do or die” moment for Appraisal Institute members who love their organization. Although the outcry over the “taking” controversy began last fall and was suspended due to membership pressure, it could be implemented as soon as January 1, 2018. As I’ve noted before, I believe this governance move was done without any legitimate membership input as judging by the outcry, nor were any credible reasons provided to take millions of dollars away from local chapter control.

This Resolution presented to the Regional Officers, Chapter Presidents, Regional Representatives and Alternates and other interested parties is offered on this 7th day of August 2017, as a part of the Region III third quarter meeting (conference call).

NOW THEREFORE, in the best interest of the public, the valuation profession and the Appraisal Institute going forward, a vote of no confidence is approved and it is hereby RESOLVED:

IN WITNESS WHEREOF, the voting members of Region III affirm this Resolution by a vote of _____ in favor and _____opposed.

If you need something rock solid in your life (particularly on Friday afternoons) and someone forwarded this to you, or you think you already subscribed, sign up here for these weekly Housing Notes. And be sure to share with a friend or colleague if you enjoy them. They’ll dress as a car seat, you’ll discover the best places to open a pot dispensary and I’ll stockpile some butter.