We have a lot of important things going on right now.

Aside from shopping and fretting about who gets what gifts, wondering how am I going to finish these appraisals before the end of the year, and when can I carve out time to see the global blockbuster Star Wars: The Force Awakens movie release and next week’s The Big Short, there has been a lot of hyperventilating about whether the Federal Reserve would raise the federal funds rate which influences mortgage rates. It’s been a long time coming, but so was the last good Star Wars movie (the first ones, episodes 4, 5 & 6).

Before you see these movies, see the videos (and podcasts) bursting from this Housing Note related to the rate rise.

Here’s the announcement of the 1/4 percent rate hike by Janet Yellen, Chairwoman of the Federal Reserve and the reasons for it (in a series of charts). [The actual release by the Fed]

This announcement has a potential impact on the housing market since the majority of home purchases involve some sort of financing. The applied logic of this first rate hike indicates that economic conditions are improving and while it reduces affordability by a subtle amount. In a perfect world, a better economy would serve as an offset to higher rates in the form of more employment opportunities and better wages (eventually). While I see this rate increase as a first step to help ease mortgage lending conditions, thereby normalizing the housing market, we have a long ways to go.

As I said in this Brick Underground piece on the interest rate rise:

“If you’re a quarter of a point away from being able to qualify for a mortgage, then you probably shouldn’t be buying, anyway.”

After all the distortion caused by quantitative easing and low rates in general, I think this increase is a non-event and I am more worried about the amount and frequency of future increases.

No Wiggle-Room If The Move Sparks A Recession

Kai Ryssdal of Marketplace interviewed Former Treasury secretary Larry Summers who suggests that the economy remains weak and if it were to slip into a recession, there would be no room to cut rates.

Take this insight with a grain of salt however, since my friend Barry Ritholtz, who is a widely respected blogger, radio host and columnist (and caviar-lover) has long blamed Summers for being complicit in creating the financial crisis. Here are some choice words devoid of subtlety:

Longtime readers know I have little respect for the former Treasury Secretary and Harvard President. Despite his alleged brilliance, he seems to exhibit what can charitably be described as the worst judgment of any economist ever in existence. Granted, discussing economists with poor judgement is an embarrassment of riches, but Summers manages to surpass that crowd in ways never previously imagined.

Here’s What I Really Think

Now this next clip from Bloomberg TV is a bit wonky, and starts off a little slow, but it was perhaps the most useful presentation on the rate move and why it is a concern: Why Fed Rate Hike May Be a Mistake for Economy.

And be sure to mark your calendars on December 31st from 6am to 7am. I’m guest hosting Bloomberg Television’s Bloomberg Surveillance. Always fun to be on for an extended period with them (and flattering to keep being asked back).

If the video clip was too wonky to digest, then please listen to Adam Davidson’s new podcast, Surprisingly Awesome on Gimlet Media. This week’s topic is interest rates. The co-founder of Planet Money happens to think, after several decades of financial journalism, that interest rates are the single most important thing in the world.

Looking At Rate Trends Over 200 Years

Ok that’s enough reliance on audio and video. Let’s get to what I think is the most important thing I learned about interest rates: Low could be normal and the 70s & 80s were the high interest rate exception. There is a terrific article in the New York Times’ Upshot: Why Very Low Interest Rates May Stick Around

Here’s a crazy video on a proposed architectural design for a new Super Tall on Manhattan’s Billionaires Row. It’s so over the top, I find it aspirational (remember that word).

These a great New York Times story out A Mansion, a Shell Company and Resentment in Bel Air that focuses on hidden ownership and the mansion that has been called by Outraged neighbors “the Starship Enterprise” (to continue with the space theme this week) and asking an aspirational price. 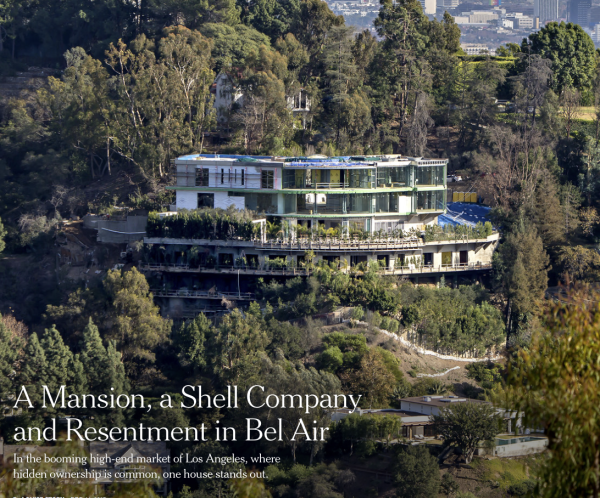 But these properties are chickenfeed when it comes to the highest priced home sale in the world. This isn’t some sort of aspirational listing price. This is an actual sale. There was a newly constructed private sale for $301 million outside of Paris (275 million euros) on 56 acres. The developer is a nephew of the international arms dealer in the Iran-Contra affair and the buyer was reported to be from the middle east. Since the video has been online for 4 years, I assume it is a reasonable proxy for the marketing time.

Whats most puzzling to me is the lack of interest in this record price. This home actually sold for an aspiration price of $301 million making it the highest price home sale in the world! Mere press releases on new listings with aspirational but much lower price tags got a lot more press than this actual sale did. I assume it must have been overshadowed by the Star Wars buildup, the Fed rate announcement and the lack of PR.

Here’s the video if you like gigantic Versailles-Like homes. 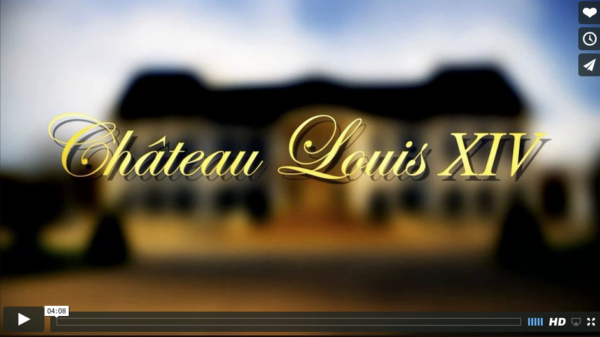 The Irony of the Realtor.com v. Zillow Smackdown

The real estate search space is getting interesting and entertaining. As quickly as Trulia (#2 engine at the time) merged with Zillow, Realtor.com (actually the parent company, Move) was purchased by Newscorp (Rupert Murdoch).

I find that a lot of people I speak with still don’t understand the whole Realtor.com thing. Here’s my rambling narrative.

The National Association of Realtors (NAR) owns the REALTOR brand and worked with Homestore to host listings online during the dotcom boom in the late 1990s. Homestore went public and NAR was one of their key equity partners but Homestore got in trouble with the SEC. They made changes, switched their name to Move, Inc. In addition to running Realtor.com, they acquired ListHub which syndicated millions of listings from hundreds of MLS systems. Move, along with key influencer and partner NAR, rested on their laurels and essentially enabled startups like Trulia and Zillow to explode using their listing feeds. They just couldn’t shake their “gatekeeper of information” complacency previously enjoyed for decades.

Frankly I never knew of anyone personally that relied on Realtor.com as Zillow and Trulia were rising. Of course there were some agents and brokers who were clinging onto the brand. I found the search experience to be terrible and there were a slew of duplicate listings despite their marketing angle as being the “source.”

Around the time they were being acquired by Newscorp, their distribution agreements with Trulia/Zillow were expiring. But by then, these startups had already developed direct relationships with most MLS systems anyway so there was no leverage to be had. But Once Newscorp acquired Move, it was game-on. The site was completely redesigned and the data was cleaned up. The new search experience was significantly better and they began an aggressive marketing campaign. It’s funny how a corporation can turn around a broken web site in 6 months while a trade group-hampered start-up didn’t figure it out for more than a decade. Moral of the story – you can’t run things by committee.

However with the loss of Trulia in the Zillow “merger” the space needs a competitor to prevent the blandness that Move exhibited before they had any competition.

Realtor.com just launched a TV commercial going after Zillow. It misses the mark, but it’s going to be fun to watch in the coming years.

Because a week can’t go by with creating some charts, I uploaded my monthly absorption chart for November, and for fun, I updated the November 2009 version so they could be compared side by side. It’s striking how different the markets were. Click to expand each.

My eyes are tired from watching all these videos so I’ll wrap it up here. Even though next Friday falls on Christmas Day, Housing Notes will still be delivered…blah, blah, blah.

If you need a free gift idea for the holidays, recommend to your friends and colleagues that they sign up for my Housing Notes. They’ll feel jolly, you’ll feel aspirational and I’ll be interest rated.