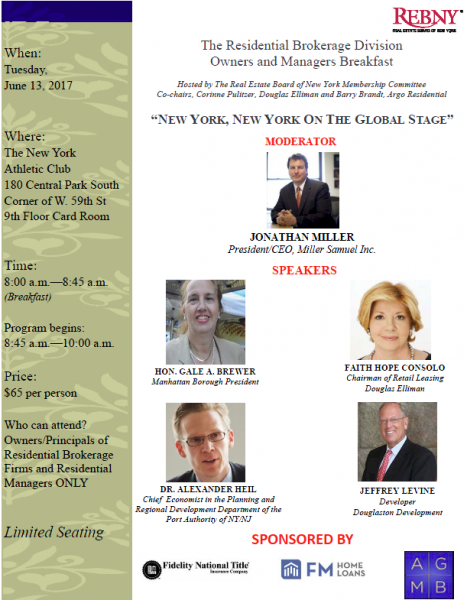 Jumping Housing With Clouds In Your Coffee

The past year in housing has been one of tremendous change with challenges of limited supply, rising rates, the exit of the federal government from endorsing homeownership through incentives, overbuilding luxury, an affordability crisis, echoes of housing bubble regulatory behavior, and of course, not enough turrets (more on that further down the page). It’s almost as if we need to jump over housing and solve other issues first. And yes, you’re so vain [1].

Hold my beer while I jump this house. pic.twitter.com/vS99q58bwn [2]

This has been a busy week in high-end Manhattan sales news. Kathy Clarke at Wall Street Journal Mansion [4] broke the story on who paid $100,471,452 for the 90th-floor Penthouse at One57. The mystery buyer (Michael Dell) likely just needed to have a decent place to stay when he was in town. 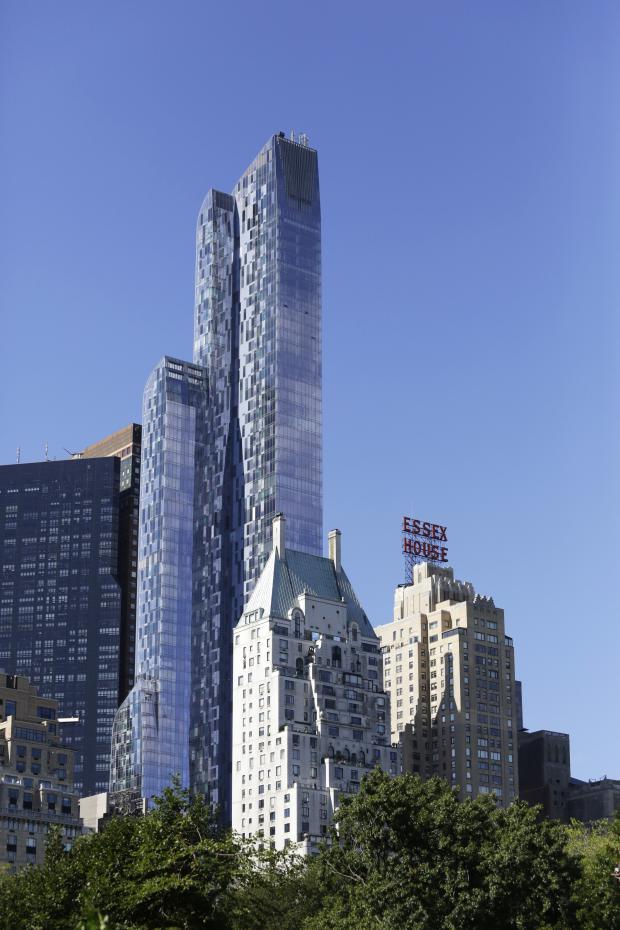 We mere mortals also learned what it is like to sleep on a high floor in this building in a fun New York Times piece: Clouds in My Coffee! A Supertall Skyscraper Sleepover [6]. Yes, we’re so vain. This was a really fun piece. And I asked myself, with the building largely dark at night suggesting it’s largely comprised of pieds-a-terre, how much candy can your kids get on Halloween?

Attention Real Estate Journalists: After “Turrets” There Are No Topics Left Uncovered

We all want to know about living in the turrets that grace the top of older buildings. Here’s a fun one shared in the New York Magazine piece [7]. 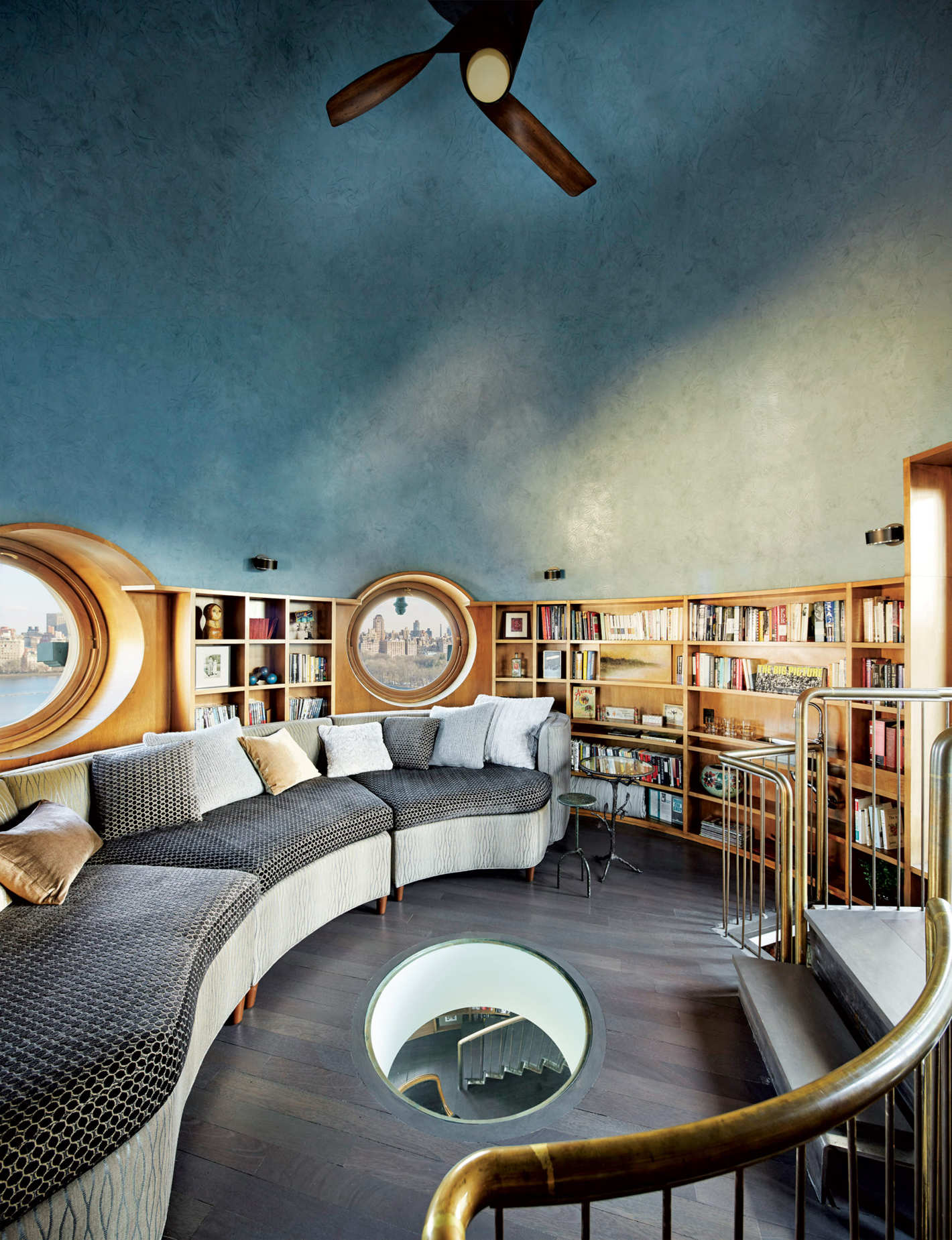 I’ve been inside a few turrets during my Manhattan appraisal career and it was always pretty cool. Here is one of the Beresford penthouses [8] (not the one I inspected for an appraisal) that has a turret. 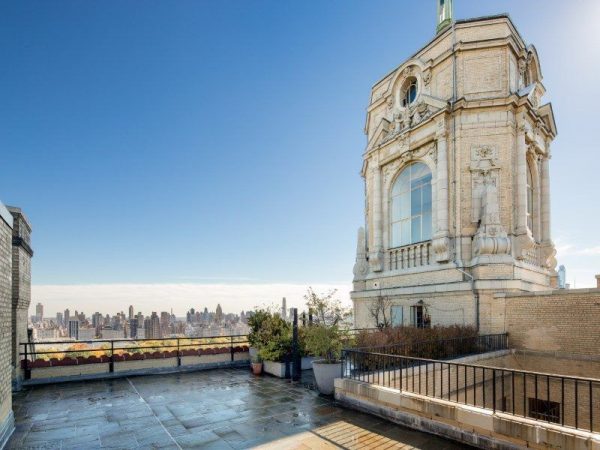 Here’s the outside of the Beresford on Central Park West. 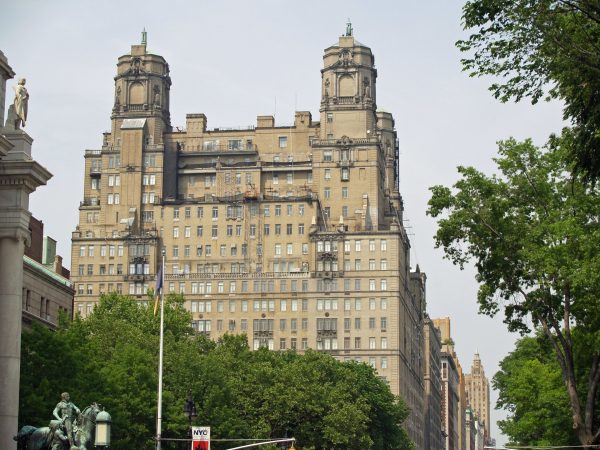 For those Housing Note readers not familiar with our Manhattan real estate market, the numbers are huge. I suspect a lot of them could be distorted by new development legacy contracts that closed in 2017 but were signed 2-3 years prior during the first wave of the luxury new development boom. But never the less, the numbers are still huge. While the rankings reflect closing volume (total dollars = units x price). Corcoran is the biggest by volume while Douglas Elliman is the largest by number of sales.

I think it is just as interesting to look at the average sales price of a transaction at each of the firms to get a sense of how expensive Manhattan really is. Here are the top five using TRD’s chart ranking for volume below:

When Your Home Is Featured In A Magazine, You’re Destined for Divorce

Recently I was reading a story in Architectural Digest about Jennifer Aniston’s home [11] and saw that despite all the pictures of her, there were none taken of her husband. I thought to myself as a housing nerd and an appraiser that does a lot of divorce work: “this is odd, I wonder if they are getting a divorce [12].” I got this sense from observing my own appraisal work, where a large amount of the cases we appraise involve a recent or in process renovation.

This Slate piece on the Architectural Digest Curse [12] resonated with me:

Call it the Architectural Digest curse.

This is not the first celebrity couple to appear in the magazine shortly before declaring their relationship kaput. Naomi Watts and Liev Schreiber showed off their Tribeca loft in the March 2016 issue, six months before they announced they had broken up. Marc Anthony and his model wife posed in their Dominican Republic getaway in the same issue and filed for divorce by the end of the year. Drew Barrymore’s art adviser husband talked up his in-home office in 2015, and they split early the next year.

I don’t know how recently their home was renovated but that was what crossed my mind. The thinking goes that these renovations are often done for the wrong reasons – to shift focus from the problem itself. Unfortunately renovating a home can be enormously stressful to the owners. I speak from my appraisal experience with all my interactions with property owners. Maybe that’s why I’ve been happily married for 34 years and my wife and I have never done a major renovation to any home we’ve owned? 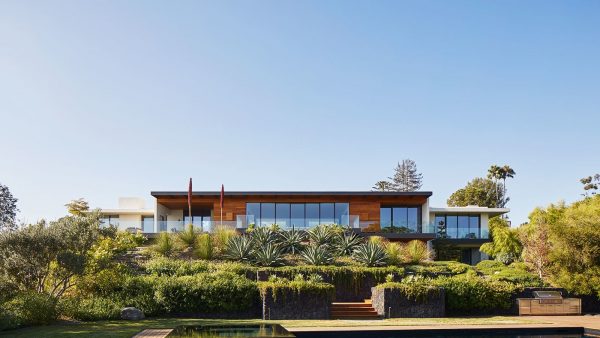 In my couple of visits to Shanghai in the past two years, it seemed clear to me that the residents favored housing much more than the stock market. Yet it has been a 13-year run and all good things eventually come to an end [13] before the next cycle can occur. I’ve always looked at housing as one of the vehicles the Chinese government used to placate the masses since Tiananmen Square in 2009. 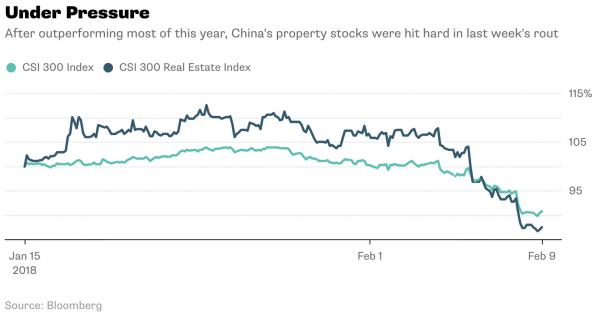 There is a spectacularly creative visual piece in City Lab [14] that you need to read. The Rise and Fall of the American SRO is an artistic take on how important SROs used to be. 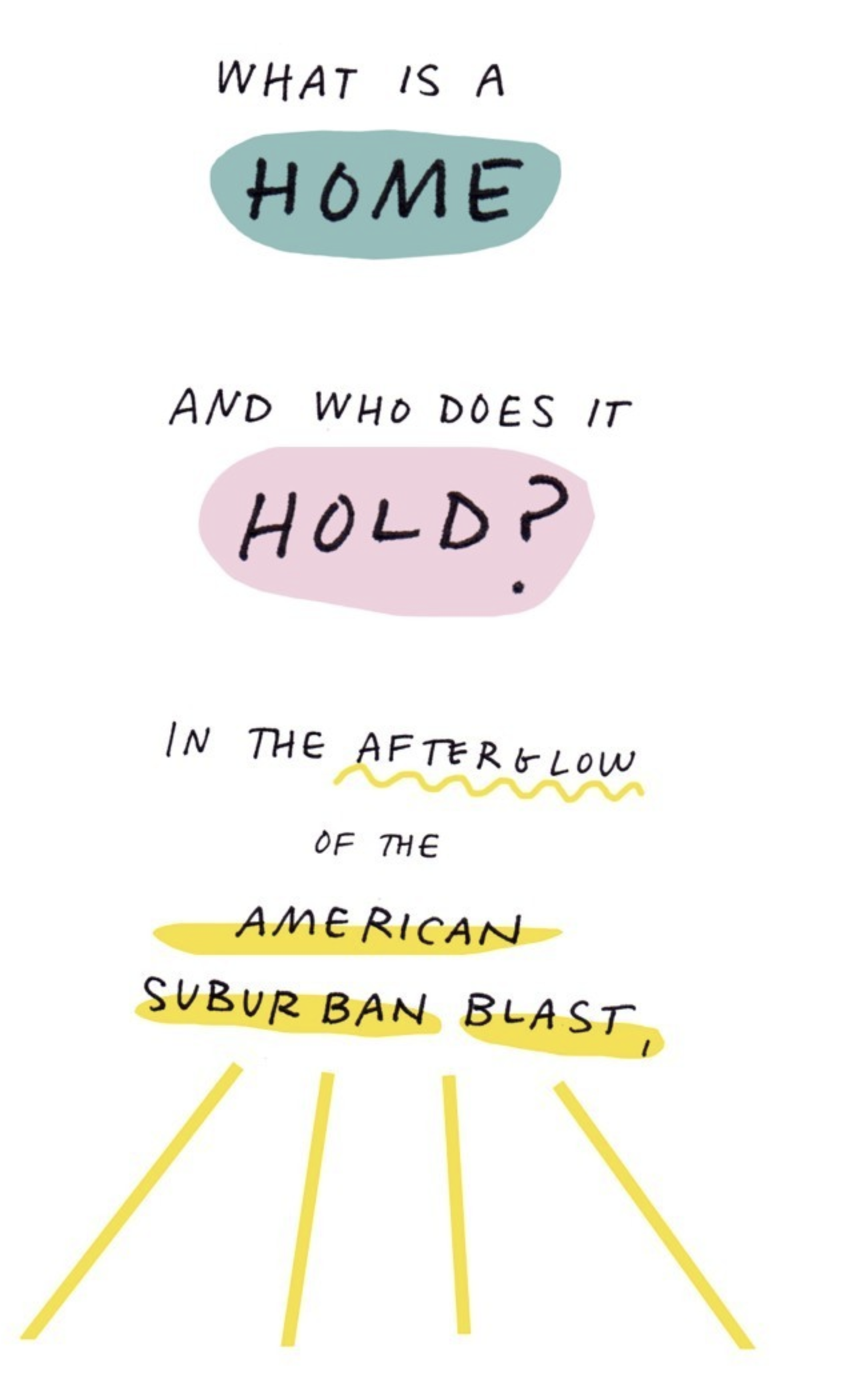 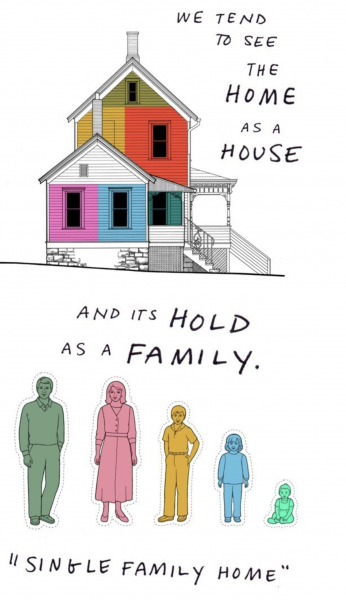 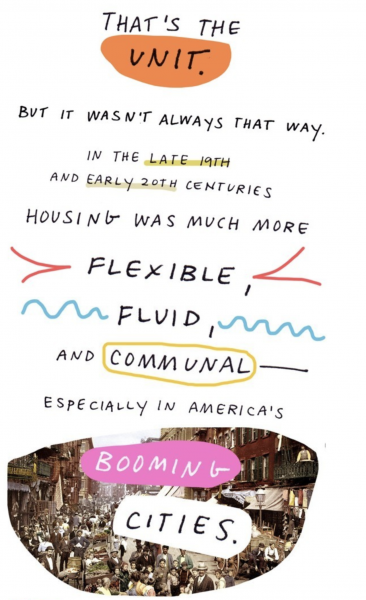 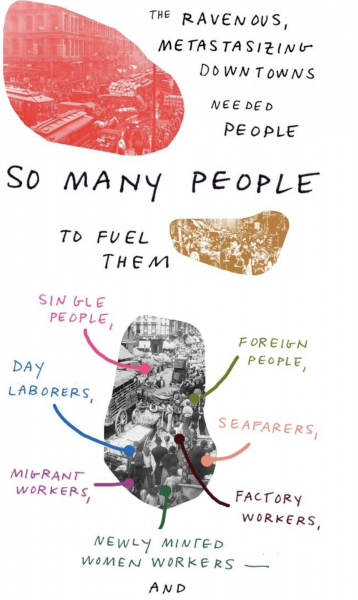 It gets even better…

Click here for the full story in graphics at Citylab [14].

My colleague and friend, Georgia appraiser Mark Skapinetz, sued COESTERVMS.COM, INC. and BRIAN COESTER [15] in the U.S. District Court for the District of Maryland last year for hacking his email account. Here is the evidence [16] submitted. Coester subsequently filed a motion to dismiss. On February 9th, U.S. District Judge Paula Xinis Denied The Motion to Dismiss [17] for 3 of the 5 claims and the lawsuit will move forward.

I find this whole matter very compelling – especially with Brian Coester & Co. representing the most prevalent and controversial AMC model – begins to crack. You know, the one where the mortgage applicant pays an “appraisal fee” at time of application, not knowing that the actual appraiser gets 50% or less than that market-rate fee. Brian Coester [18] – with a trail [19] of bad press, pushing the false [20] narrative of an appraisal [21] shortage [22] and good PR [23] as a charitable fundraiser protected by industry media gets “caught” by an independent fee appraiser for hacking the appraiser’s email. You get a better gauge of the Coester legacy when you read this Appraiserblogs post: Scheer Motion to Dismiss Coester vs Scheer Lawsuit [24]

Why does this process of outing the bad AMC players take so long? Al Capone was brought down for tax evasion [25] rather than what he actually did for a living. Is this situation, aside from the gambling, prostitution, bootlegging, bribery, narcotics trafficking, robbery, “protection” rackets, and murder part, [25] any different?

Based on Skapinetz’s success in convincing the court to proceed on the meat of the lawsuit, I suspect this is going to result in a substantial settlement that CoesterVMS may or may not have the funds to pay. To all appraiser vendors of CoesterVMS: you may want to take a look at your accounts receivables for this client and start calling today.

Here are some documents in the Skapinetz v. Coester matter. They are all fascinating reads.

If you need something rock solid in your life (particularly on Friday afternoons) and someone forwarded this to you, or you think you already subscribed, sign up here for these weekly Housing Notes [26]. And be sure to share with a friend or colleague if you enjoy them because: