Last week I hit maximum capacity and needed to go light on Housing Notes but with a stern warning that I would double down this week. Well I did. Those searching for normalcy in this crazy world should take solace that Housing Notes will be more digestible next week. Based on the theme of a recent Housing Note, it kind of feels like this (warning: not suitable to all adults, but definitely suitable to the kind of kids my kids hang out with):

Can he just once? from videos

In last week’s down week for Housing Notes, our market reports still came out in droves and represented the following markets:

In this week’s final push, our research was published for the following markets: 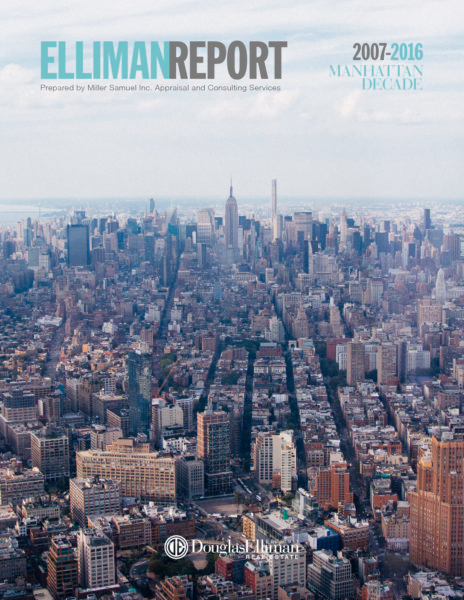 The last report listed above known as the Manhattan Decade report is a personal favorite of mine. At nearly 60 pages of warm data goodness, I had dubbed it years ago as “The Phonebook” but to Millennials entering the housing market, they don’t know what a phone book is. So as an out of touch baby boomer I need a new nickname for it. If you have an idea for a fitting one, please share!

Kelptocracy is my new favorite word

I wrote a post over at my Matrix blog called ““Kleptocracy Initiative” to Stop Money Laundering in Real Estate up for Renewal” It was based on a Miami Herald piece by Nicholas Nehemas. Plus its always cool to get a “call out” graphic or two.

It is not clear whether the U.S. Treasury will renew reporting requirements on LLC purchases over certain price thresholds later this month. Kelptocracy in real estate is a subject I wasn’t fully appreciative of until the New York Times broke the topic wide open a few years ago. I contended at that time that the effectiveness of the policy wasn;t measurable given that the high end new development market had already tanked. I found out it is an academic field of research that is quite compelling.

Because I continue to be obsessed about that sinking luxury condo in San Francisco, here’s the latest and its not looking good for the homeowners association. As all the litigation commences, I would imagine there will be many, many appraisals performed on inidivudal units and the building itself to measure damages. 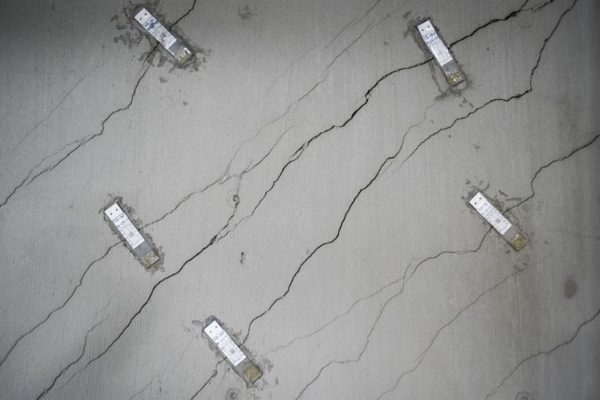 VIDEO: Hudson Valley as an alterntive to The Hamptons

Yahoo Finance presented a documentary-like new story on the value play of a new “luxury” market north of NYC. I think it was inspired by last summer’s Wall Street party house event a la “Wolf of Wall Street.” Check out the Foursquare stats in the graphics. They are so much more than a service that tracks your checkins at the local coffeeshop or diner. I had the good fortune to have a sit down with their CEO recently and their analytics are phenomenal. But I digress…To make matters worst, I was just ousted as the “mayor” of my favorite diner on Foursquare….more digression.. Here’s the Hudson Valley video that compares masters of the universe playing beach volleyball versus canoing on a quiet lake:

What is hidden in your home’s wall?

Years ago, when I met my wife’s family in Michigan, their bathroom had a razor blade dispensor in the bathroom wall. It was a place to dispose of razors – theoretically they would simply fall between the studs and would take a hundred years to fill up. This was a popular construction detail just before and after WWII. I had one of these in a bathroom of a previous home we owned, built in 1938. Our current home (built in 1825) had no such thing, but it does have a now-sealed tunnel used during the Civil war in the underground railroad. When we moved in, my sons dug up old whiskey bottles at the tunnel entrance from the Prohibition era. Finding artifacts from prior owners was the subject of a fun New York Times read.

Ok, so the $250 million listing price is absolutely detached from reality – I’ve written about this super luxury segment quite a bit as being part of what I call the “aspirational” price phenomenon of the past few years. The title of this piece needs to changed from

What about a rental price asking $97,500 per month for a house? That’s not a NYC record so it is not stretched so far from reality to be possible. The lap pool makes it woth every penny, right? 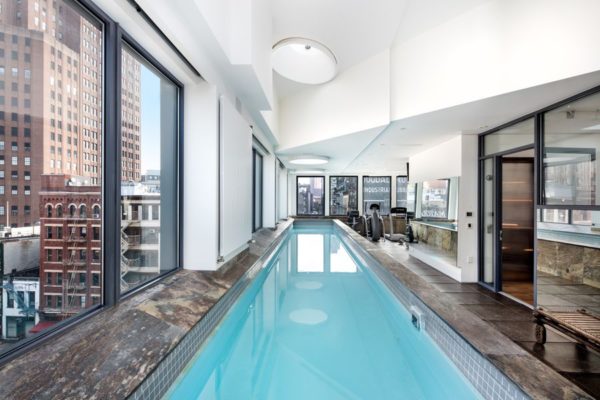 Did Vancouver Crush Their Housing Market?

Aside from the sinking building I obsess about, this is the other. Municipalities have little appreciation for how much taxes change behavior. It’s usually not subtle and then has implications for future revenues for city services. I think that when such policies are reversed, the impact remains because the consumer no longer sees the favorable condition as permanent any more.

What so fascinating to me is the similarity in trends seen in major high end new development markets like Manhattan and Miami. A big boom began in 2013 as the post-Lehman economic friction eased and investors chased the world for higher returns and flight to safety. In 2016, the pentup demand had been worked off and sales fell sharply. Like the contoversial LLC policy from U.S. Treasury, it is not fully clear how much the tax impacted this pattern of decline. I view it as an unneccessary piling to an already weakening market. 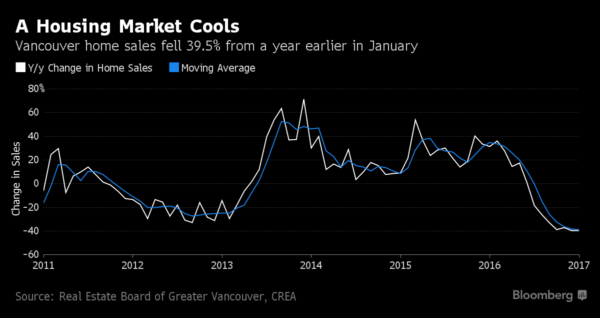 Early evidence of the pendulum shift to buyers

I hate the pendulum swinging from seller to buyer analogy for its simplicity, but when my numbers are graphic worthy for the New York Times, I’m all in. 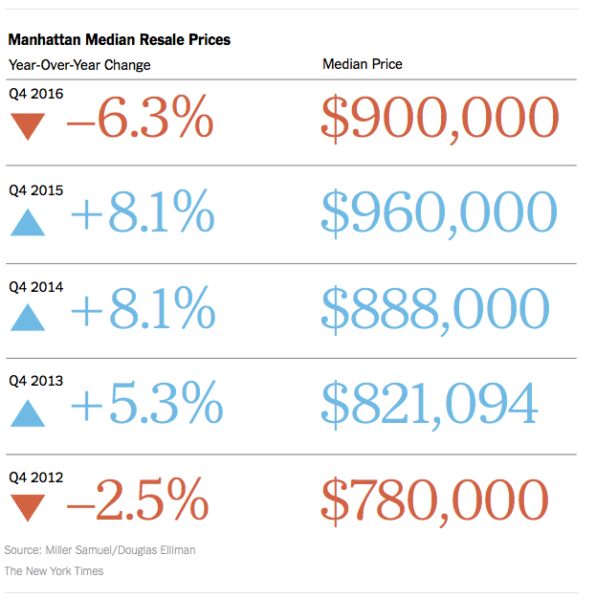 As president of RAC, I now represent RAC at TFAC and attended a meeting in DC recently at The Appraisal Foundation. I’m looking forward to the experience.

In an AI National document shows 23,000 members in 2013 and Jim Amorin recently said they had 18,000 in 2016 in his powerpoint slide that made the rounds. That’s an attrition rate of almost 1,700 members per year or 22% in 3 years. This seems to verify that the current AI National plan – if there is one it is not being shared with the membership – is not working. After AI left TAF, they said this action “will allow it to respond to rapidly changing market forces by providing our members with new education, skills and professional advancement.” Sadly they have not stayed relevant since then per nearly every member I know and therefore they need to be in full panic mode with the collapse of the membership. With this latest “taking” debacle, I would think the rate of attrition will only accelerate in 2017 as membership withholds dues until leadership is shaken up. There is no room for complacency in a crisis.

The Sunset of Dodd-Frank?

Tom Horn penned a thoughtful piece on this possibility. One thing to remember when gutting comprehensive legislation that is embeded into virtually every Federal agency, it is not like unchecking a box in your preference settings of a app. Dodd-Frank is like a million tons of Koolaide dumped into the world’s largest swimming pool (in lieu of chlorine). It’s not easy to extract. And as one of my fave Wall Street follows on Twitter says:

Someone explain to the deplorables that fin reg was put in place to protect them. No bankers were harmed in the making of the last crisis.

If you need something rock solid in your life (particularly on Friday afternoons) and someone forwarded this to you, sign up here for these weekly Housing Notes. And be sure to share with a friend or colleague if you enjoy them. They’ll gladly take the middle seat, you’ll love the comic sans font and I’ll never give up (at volleyball).