My good friend Barry Ritholtz invited me onto his must listen radio show Masters in Business on Bloomberg Radio or as the movie title goes, MIB. Barry is a prolific blogger on his The Big Picture blog, as well as a columnist for Bloomberg View and The Washington Post, author of Bailout Nation, aside from his day job at Chairman & Chief Investment Officer of Ritholtz Wealth Management.

This is a 1 hour, 46 minute, 53 second conversation of housing related (ok, not always) topics:

After the radio hour ended, we went down the rabbit hole on a number of topics, including our cars, basically daring the listeners to hang on for the second hour, promising them a retweet. 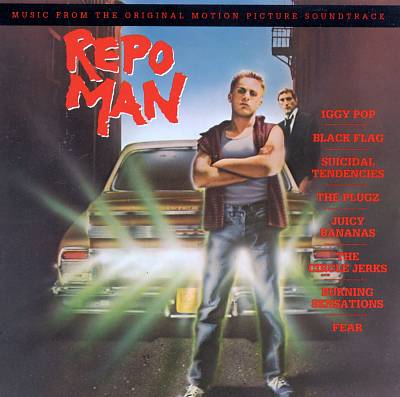 Barry is one of the few people that can carry a conversation longer than I can (my family fervently disagrees that this is even possible). Perhaps his most important intellectual quality, is that he loved the 1984 movie Repo Man as much as I did (I still keep a copy on my iPhone and watch it a few times a year for inspiration). The soundtrack is considered one of the best punk albums of all time and the move scored a 98% rating on Rotten Tomatoes! The topic came up in our discussion of MERS during the financial crisis and how car repossessions occur in a short period of time when home foreclosures in states such as New York and New Jersey take more than 1,000 days.

And you thought you knew what I am all about…

Deja Vu All Over Again?

Yesterday evening I moderated a lively event attended by bank customers and their relationship managers to 300-400 people. There were giant flatscreen outside the event space to allow people to listen who couldn’t get into the room. The enthusiasm towards housing was high but that nagging question remained – will we see this?:

My panelists were amazing in their answers but for the sake of brevity, I’ll simply give you mine. I talk about this during my radio interview above.

One of the big pieces missing from this housing market is the easy access to credit component – the deal enabler- that dominated the market during the bubble. In other words, when individuals were empowered by lenders desperate to lend them more money than they needed, prices skyrocketed as some sort of rocket fuel (that’s why those new Quicken Loans ads are so disturbing to me). Mortgage volume has generally declined since 2006 despite falling mortgage rates (the 30 year fixed as now below where it was when the FOMC announcement to raise rates was made in December). Without fast and loose credit, now the cash buyer is more vulnerable to overpaying and wouldn’t you know it, we have more price weakness at the top of the market now. The difference being that those individuals who pay “all cash” are more more financially sound than the speculators in last cycle were and banks in general haven’t lost their minds – and are probably too conservative.

Here are some good reads on the topic that are also on my “must reads” at the bottom of this note:

By the way, have you ever spoken at a large event and then during the Q&A at the end, someone asks a question after five too many drinks but never actually asks a question – just sort of rambles on? And then his wife takes the microphone from him and does the same thing? I handled one of those last night. After going round and round with me saying “What is your question?” 3 times and the audience snickering, I moved on to someone else. Fun!

I’m sure many of you have been following or are aware of the water contamination crisis in Flint Michigan. Politics aside, once lead is consumed, it doesn’t leave your body. This is a crisis.

Flint, Like Detroit, was decimated by the withdrawal of the auto industry and has never really recovered. Still, there is sales activity and people make a living brokering these sales.

My appraisal colleague and must read blogger Ryan Lundquist of Sacramento Appraisal Blog interviews a real estate broker from Flint Michigan. Ryan McFarlane shared some of his listings (I borrowed a photo from the post). I picked the highest priced example but there were others for $499 and $1,500. 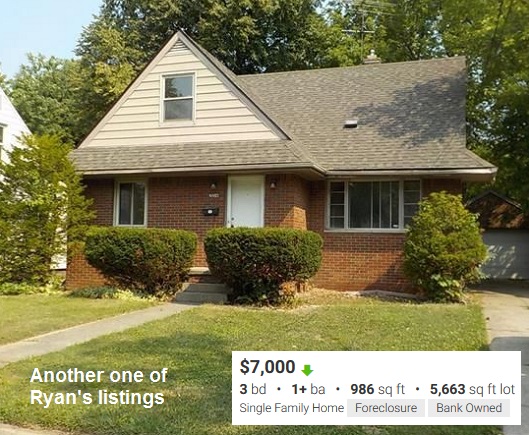 The author makes the point in the post about whether or not lenders would resist issuing mortgages if the water wasn’t drinkable. Since the post, this questions appears to be coming true as mortgage companies, already afraid of their own shadow, are requiring proof of safe water (WSJ paywall). I have the feeling we will be observing this crisis unfold for the next decade or more.

Here is the crisis as a timeline. Officials were warned 4 years ago by a mom. 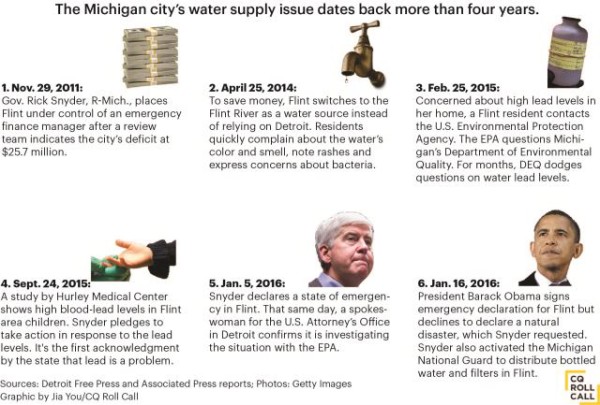 Many home buyers and home owners take for granted the safety of services and utilities that are embedded in the value of real estate. This becomes more problematic in municipals struggling to survive. There is a reason why housing prices in these markets are so low.

There was a great article in Crain’s about flipping property that we provided data for. The term “flipping” is not to be confused with the practice in south Florida circa 2005 when carpenters and nurses were quitting their jobs and becoming full-time property flippers (price + sweat equity = new price), nor is this the same nuanced phenom as shows like “Flip This House” and many others flooded our TV sets during the housing bubble.

We were asked to look at repeat sales in a short period of time – and then defined a flip as a sale that closed within 365 days of a prior close over the past 3 years. This has important applications for investors in the new development market.

Many of the early investors were looking for “instant equity” which was realized by taking a risk and buying early in a new project as it was being constructed. In a rising market that had limited competition, the developer would invoke many price increases as sales expanded and eventually a higher price structure was established, providing the early buyers “instant equity.” For many, that equity was “money on paper” since there tended not to be short term investors in this cycle (unlike south Florida in 2005). Those early investors were an important momentum creator for a new project. Now that incentive is evaporating as a compelling marketing tool. This and other issues currently continue to accumulate, working against new development velocity in New York as new product pours onto the market.

Here is a simple chart of the change in Manhattan flips over the past 3 years. In the last year, the spread between the current price and prior price, as well as number of flips has fallen sharply, consistent with the perceived drop in contract volume of residential new development unit sales. 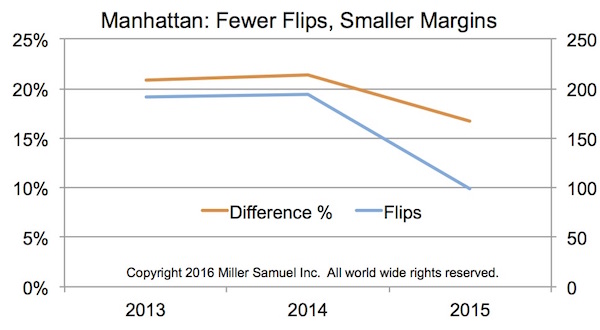 Admittedly I continue to pepper these columns with aspirational stories, I mean, well, examples of aspirational pricing for homes. I defined the phrase in a previous Housing Note.

Douglas Elliman Real Estate published the last of the end of year (2015) report series that I have been authoring for 22 years. It is a fascinating process to see how a variety of markets are performing at the same time. I wrapped up with two “decade” reports that capture a ten year snapshot of the Manhattan townhouse and apartment markets. The Decade report (that covers co-op and condo sales) is 61 pages of data goodness. I used to refer to it as “The Phone Book” for its largess and voluminous amount of raw numbers, but I have come to believe millennials don’t know what a phone book is so I need a new nickname. Please help.

If you need something heavier than a phone book in your life or longer than my Bloomberg Radio interview (particularly on Friday afternoons), sign up for my Housing Note here. And be sure to share with a friend or colleague. They’ll feel informed, you’ll feel aspirational and I’ll be jump starting cars.