By the time you read this, the U.S. will have a new president and there will be many questions about the impact on the housing market. This week’s Housing Note is a little briefer because I was watching the inauguration.

In order to keep my voice honest within these Housing Notes, I plan to swear a lot more. Not because I am upset about anything in particular. Rather, I learned that people who swear tend to be more honest but obviously there are many exceptions.

…dishonesty and profanity are both considered deviant they are often viewed as evidence of low moral standards. On the other hand, profanity can be positively associated with honesty. It is often used to express unfiltered feelings and sincerity.

Starting with Connecticut, we released Fairfield County, CT, and Greenwich, CT. Greenwich saw a little more life in the luxury market with a little faster marketing times and a little more negotiability. But the strength remains in its entry and mid-tier market, much like the entire NYC metro area.

There are currently 13 listings in Greenwich priced at or above $15 million, Miller said. In the fourth quarter, only one such property sold. That home, an 8,354-square-foot (776-square-meter) home at 7 Cobb Island Drive, was listed for sale in May at $16.5 million, and sold in December for $15.3 million, the result of negotiation rather than an official price reduction, Miller said.

The luxury seller disconnect in Greenwich remains pervasive, anchored to the peak of their market. 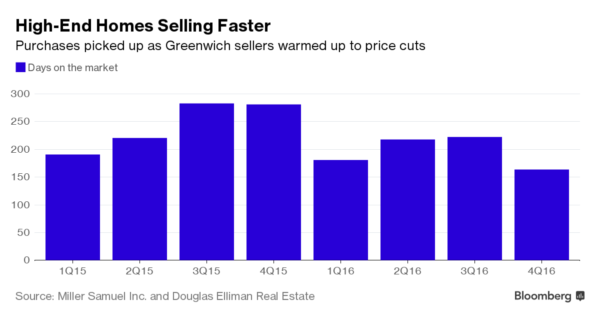 Fairfield county saw the most fourth quarter sales and fewest listings in a dozen years, yet housing prices remain soft across the area. The high rate of sales continues to work off slack that had accumulated since the Lehman tipping point.

In addition to the 5 market reports we author for Douglas Elliman each quarter, Miami Beach, Miami Mainland, Boca Raton, Fort Lauderdale and Palm Beach, there are 3 new reports as their firm continues to expand their footprint. We’ve added Wellington, Delray Beach and Jupiter/Palm Beach Gardens. 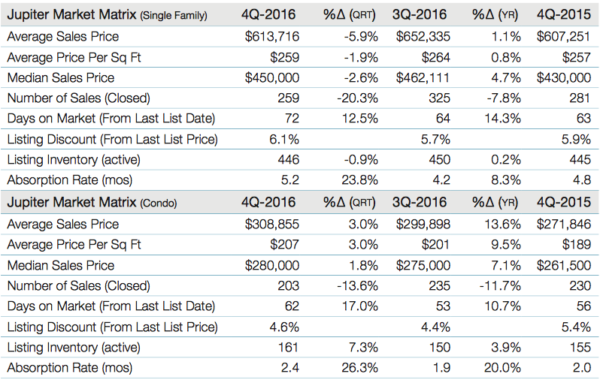 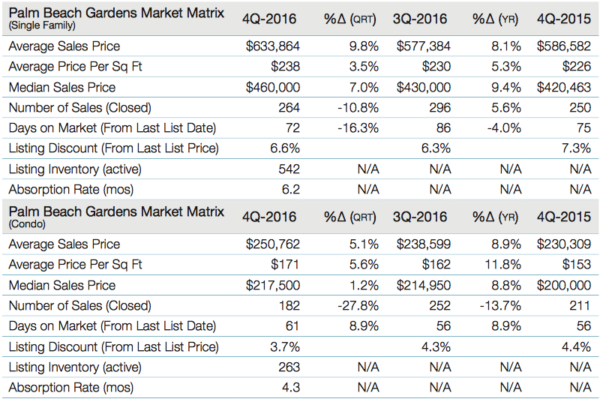 In inserted a necessary [seller thinks] clarification to this headline because of the subtitle “As a glut of mega-homes hits the L.A. market, developers are taking it up a notch.” 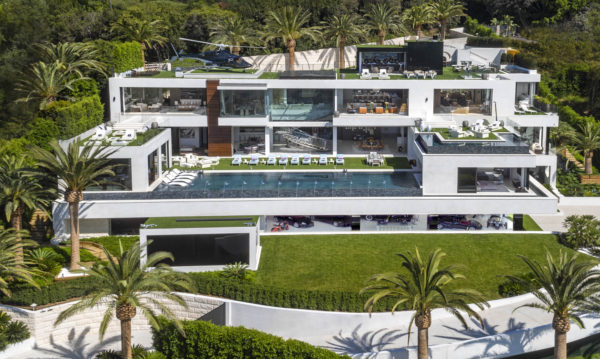 Good grief. Curbed LA, expanding on The Real Deal LA‘s article on these high-end sales, captured my feelings on this issue perfectly.

“A lot of these asking prices are made-up numbers rather than being based on any comps,” Miller said. “It’s probably more common than we realize, because everybody is fixated on the top line number and not how the sausage is made.”

Here is where the high-end market gets real.

With size of the buyer pool for super luxury properties wildly exaggerated during this development boom, we are seeing developers adapt and get smart by reducing some of the sizes of their offerings. In a world of price per square foot, the absolute price can’t be overlooked.

A Bloomberg article on this explains. A $45 Million Manhattan Penthouse Carved in Two Has Found a Buyer.

The 5,500-square-foot (511-square-meter) duplex spanning the top floors of 10 Sullivan St., a Soho development completed last year, sold this week for $25 million. The two-story penthouse was sliced from a larger 8,400-square-foot triplex that was seeking $45 million, after co-developers Property Markets Group and Madison Equities concluded they wouldn’t find a buyer for such a large unit and at such a high price.

I know everyone seems to be of the mind that the Fed will be able to raise rates multiple times this year and many seem to be hand-wringing about the impact to housing.

For the past 3 weeks, mortgage rates have been falling. It reminds me of December 2015 when the Fed tried to push rates higher and they fell back. The economy seems stronger than a year ago so perhaps this suggests that rates will rise very slowly if they do resume their rise. 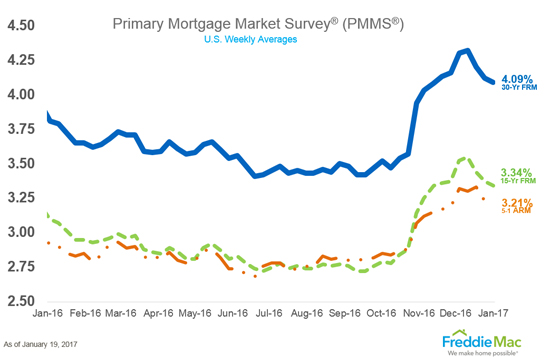 Cities Where Homeownership is Less Than $1,000 per Month

I always like to think that homeownership can be affordable – I get jaded with NYC numbers. Here’s a fun look in the New York Times Real Estate Section Calculator column. 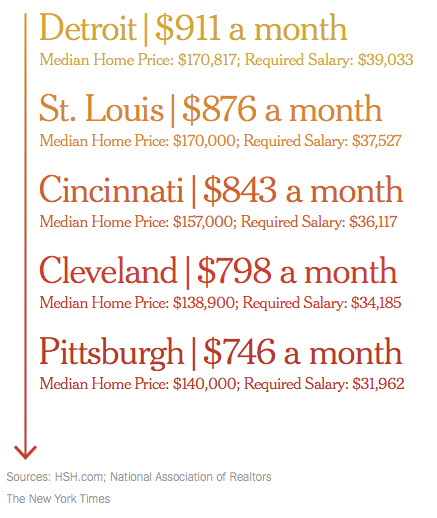 This article came out last fall, but seems relevant to the sale and rental market in Brooklyn today. 😉

I did my third radio interview on Voice of Appraisal with Phil Crawford and his dreamy voice.

We spoke about the Appraisal Institute debacle and their damaged culture. As one of my sons – who is a fireman – likes to say when they arrive on a scene, “we’re taking names and saving lives.” The widespread membership anger towards AI National was a release that came after years of receiving regular (metaphorical) beatings by AI National on top of seemingly the whole housing submarket. At this point, the only thing AI National seems to want to do is to hope it fades away.

My friend Chip Wagner, a well-known thought leader and appraiser from Chicagoland, provided a few tidbits in a facebook post about a story previously posted here posted here.

Appraisers need to understand the impact of homes under contract – a little trick is to figure out the Sales-Price-to-Listing-Price ratio of recent sales, and apply it to the listing price of a home under contract. I know it isn’t a closed sale (per most lending underwriting guidelines), but… if you identify several pending homes, you can get “ahead” of the market curve and support the upward movement.

Chip makes a great point. In a larger context, one of the arguments against current industry trends within the AMC culture is “fast and cheap.” As experienced appraisers get pushed out, “form fillers” take their place. This has had the effect of reducing mortgage appraisal quality and increased the necessity of AMC analytics to magically make unreliable appraisals mysteriously better. i.e inexperienced non-mentored appraisers + analytics based on their information = quality appraisals? In other words, as markets change, (hint: they are always changing) the AMC industry is more disconnected with changing markets.

If you need something rock solid in your life (particularly on Friday afternoons) and someone forwarded this to you, sign up here for these weekly Housing Notes. And be sure to share with a friend or colleague if you enjoy them. They’ll set up #$@&%! trick pool shots, you’ll get around to #$@&%! fixing that flat tire and I’ll #$@&%*! work on my balance.