Housing Walks The Walk With Or Without The Bubble Talk

This is the only bubble talk I want to address today. Whoever said you can’t see a bubble when you are in the middle of one was wrong (and probably needed a bath when they said it). Moms clearly don’t understand what Dads are all about.

Real estate firm Douglas Elliman published our rental market research this week and the numbers were quite weak. This report is part of a growing Elliman Report series I’ve been the author of for 25 years. These report release generated a lot of good writing about the historic situation.

CNN focused on our report results to illustrate the move to the suburbs during the pandemic as well as how it was limited to only those that could afford it. The New York Times focused on how thousands of renters had left the city due to the pandemic and that rents were finally coming down after a long run of gains.

CNBC focused on the record vacancy rate and large drop in new leases signed during the pandemic.

In fact, there were a lot of interesting takes using the same data set this week. For more, you can read here.

The Bloomberg story on the rental market was the number 2 most emailed by the 350K Bloomberg Terminal subscribers and stayed in the top five all day, keeping ahead of the Brooks Brothers bankruptcy.

And because I insist on being shallow, that Bloomberg rental piece was the 13th most read of the week.

And I give props to Bloomberg for three different color versions of the same chart: 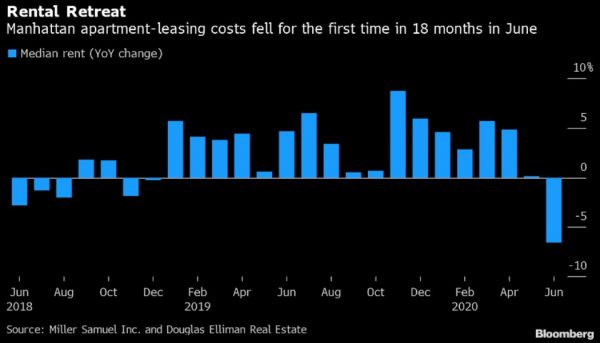 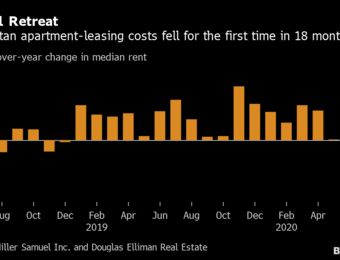 “The state mandate to that prevented real estate brokers to physically show property was removed before the last week of the month, not enough time to have a material influence on market conditions for the month.” 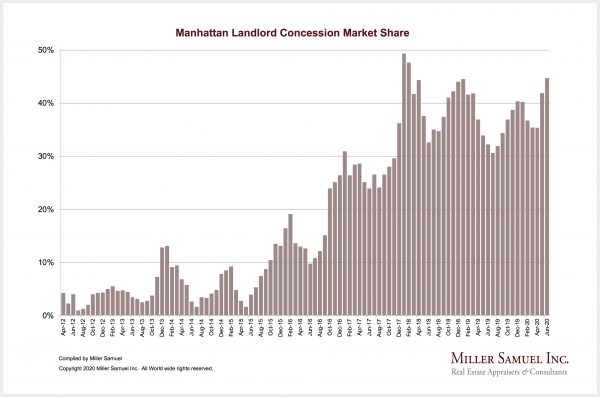 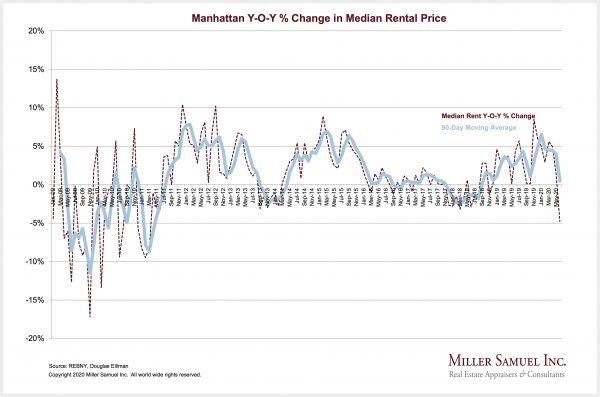 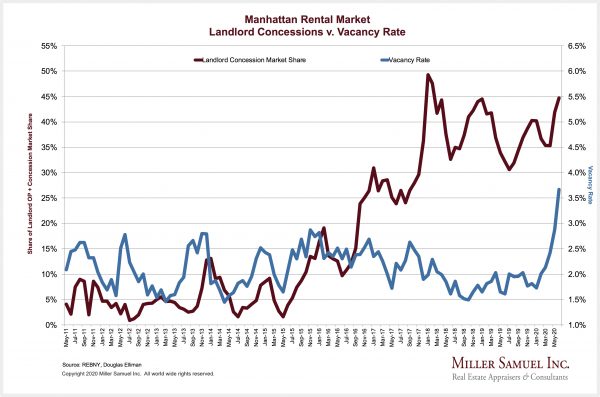 “With the lifting of the lockdown that prevented real estate brokers from doing in-person showings in the last week of the month, there will be greater transparency in the market.” 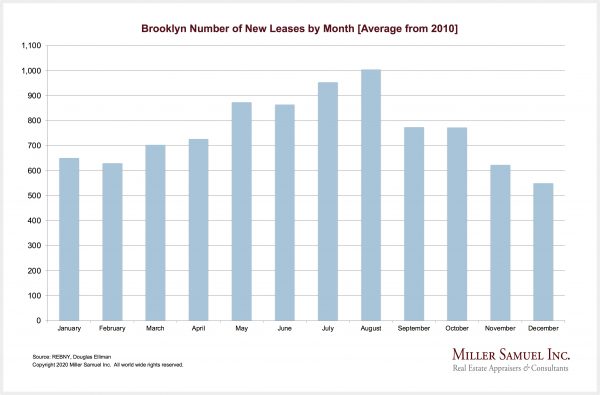 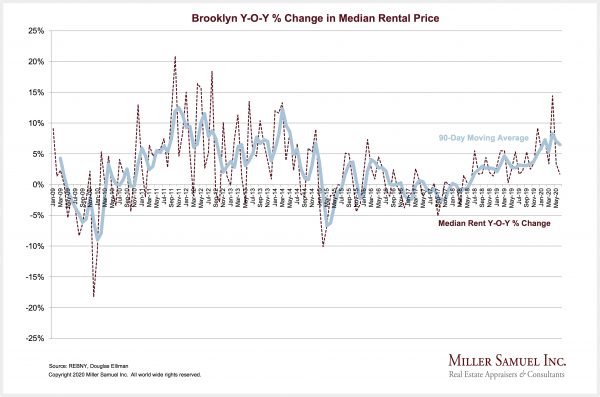 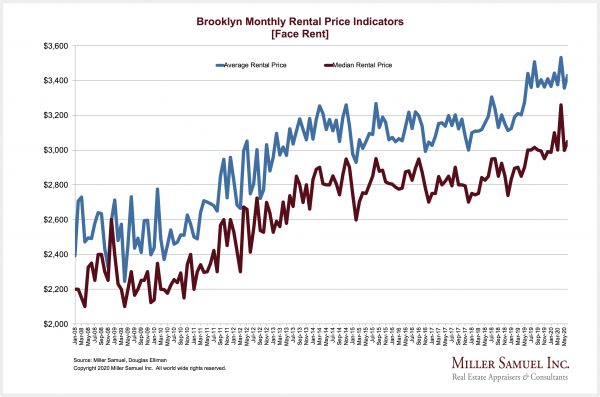 [Northwest Region]
“While the decline in new leasing activity remained well below last year, the removal of ‘shelter-in-place.’ restrictions in the final week of June that prevented in-person showings, is expected to expand activity.” 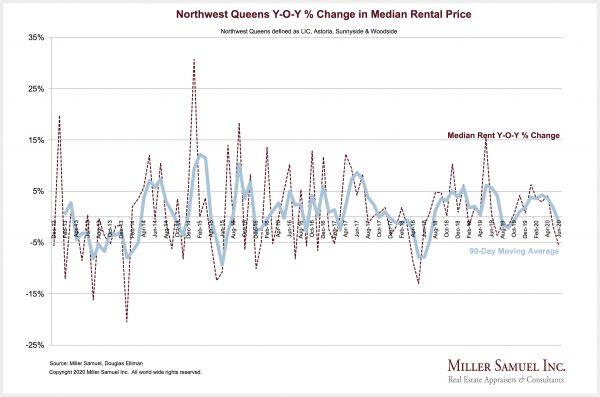 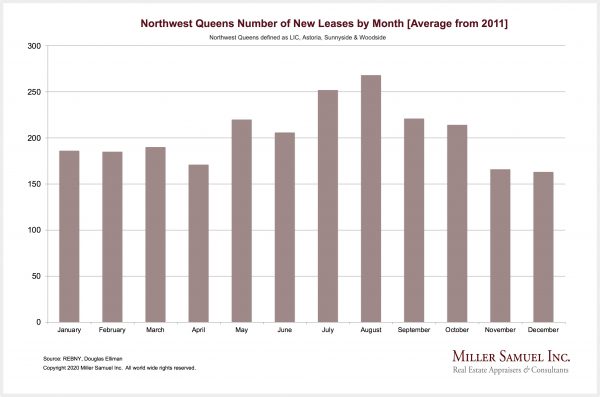 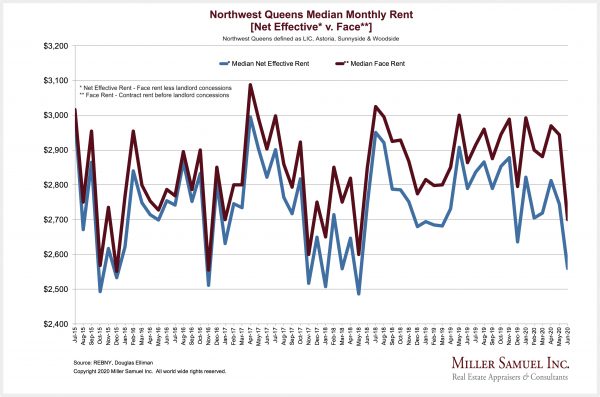 Westchester On Lockdown: The Actual Meaning Of The Frenzy

Douglas Elliman published our research on Westchester County yesterday, the residential suburban community north of New York City. The public narrative has been people are flying out of the city and brokers are busier than they ever have.

Except that’s not quite what is happening. Yes, there is outbound migration and a lot of it, it seems. And yes, the market is in a frenzy, except those two factors are being a bit conflated to explain it. Here is why. Looking at county-wide new contract data by month showed us that activity bottomed in May. And what would you expect given the state-mandated shutdown that prevented in-house showings by brokers? The New York Times broke down the contract logic for you. As the re-opening enabled by phase 2 in early June occurred, the month of June enjoyed a 53% month over month surge and you get this general narrative:

That 53% feels like a frenzy or a boom to those that have been sitting under lockdown for over 100 days. But new signed contracts are down in June 2020 from the prior June by 13%. That 53% surge is being explained as coming from the outbound migration generated by the city. I have no doubt that this is part of it. There was no actual spring market during COVID in Westchester by state mandate. With the spring being moved on top of the summer season, it will feel like a housing boom. And comparisons against the previous summer will make this summer look like a boom, but this is really a comparison of Spring 2002 versus Summer 2019.

The real market will be presented when the pent-up demand and supply from the spring market gets fully satiated. That moment should be in early September. The federal election, a damaged economy, a possible second wave (although New Yorkers seem to have their sh*t together with mask-wearing and social distancing.)

The actual quarterly Westchester, Putnam, and Dutchess Elliman report that we released shows us what a housing market looks like that was closed under state mandate for three months. 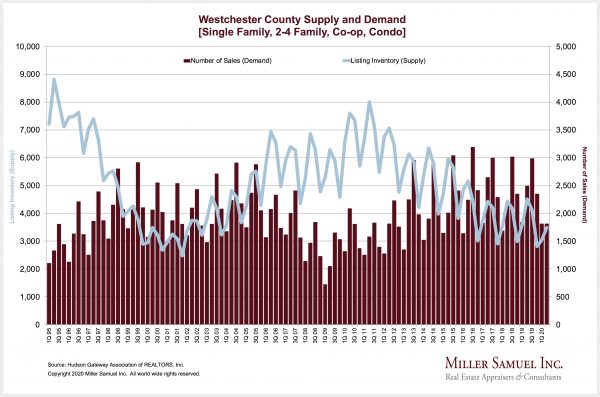 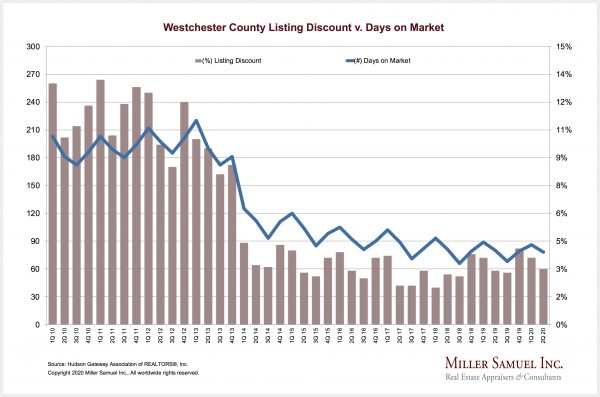 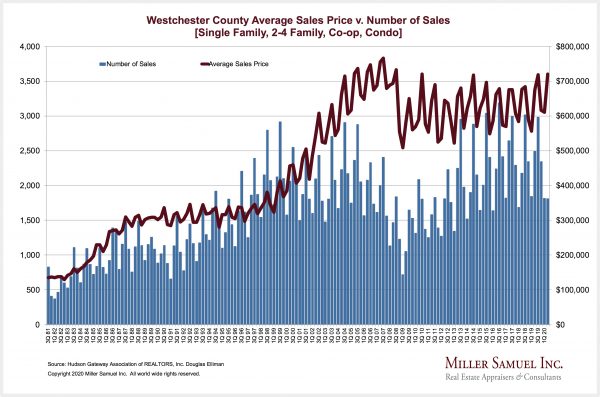 “Price trend indicators and sales slipped from year-ago levels. ‘Shelter-in-place rules were modified in early June to allow in-person showings by real estate brokers, but this transparency came too late to be reflected in the results.” 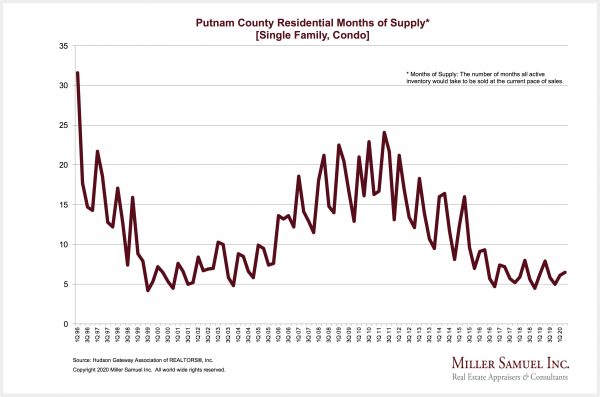 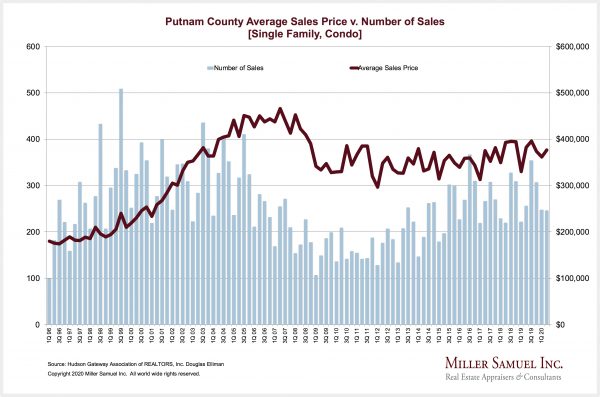 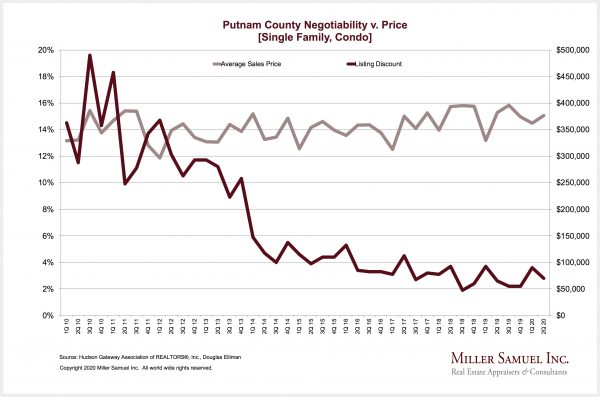 “The number of sales and listing inventory fell sharply. ‘Shelter-in-place rules were modified in early June to allow in-person showings by real estate brokers, but this transparency came too late to be reflected in the results.” 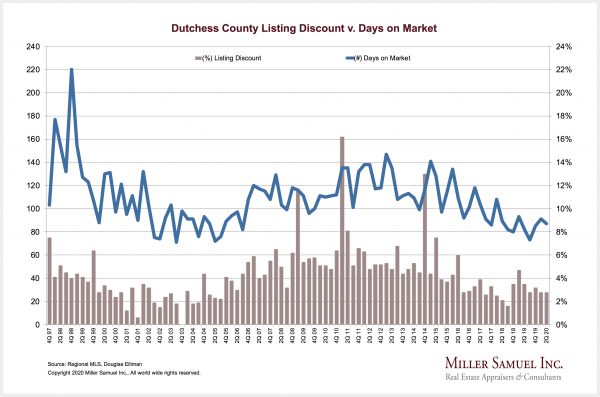 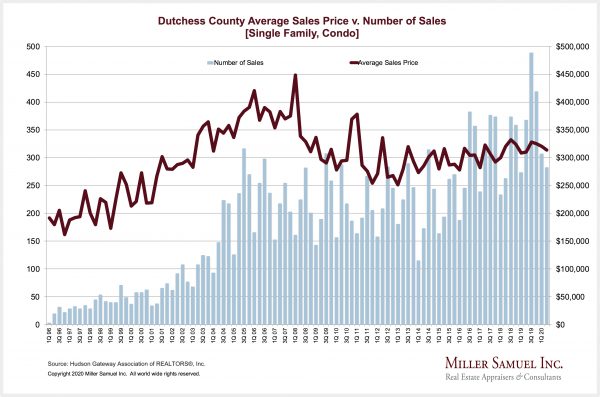 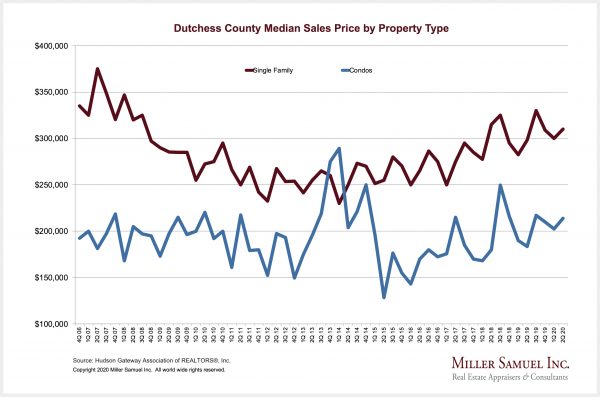 I ran out of time to include Brooklyn, Queens and Riverdale reports released this week – they are on the web site though.

Had a wonderful, nearly 7.5-minute conversation with Vonnie Quinn on Bloomberg Television’s Markets this week discussing how the housing market will likely look over the summer. The interview touched on the analysis in the Douglas Elliman Report series I author.

Some ‘inside baseball’ fun. I was connected to Bloomberg via Zoom from my home for this. If you look closely at the 5:15 mark, you can see my garage door open as my wife drives in. My wife panicked when watching this clip, thinking she would be on TV as she walked out of the garage, but she randomly ended up using the other door.

Michael Herzenberg of NY1 did a great story on the exodus from Stuy Town after the landlord provided terms for people to break their leases. The story was inspired by a press release from CHIP (I haven’t seen) which talked about the pandemic exodus as the reason for the rising vacancies. I thought that was a bit of hyperbole since the other key factor has been the inability of the real estate brokerage industry to do in-house showings by state mandate until June 22nd. The lack of mobility has also been a key factor in driving vacancy higher. 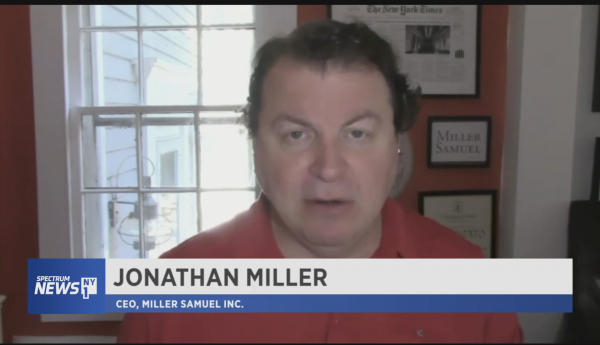 Ivy Zelman On The State Of The U.S. Housing Market (It’s Pretty Strong)

My friend and Superstar housing analyst Ivy Zelman talks with TD Ameritrade. If you love numbers, you can go deep into the national story. Love the nuance here. 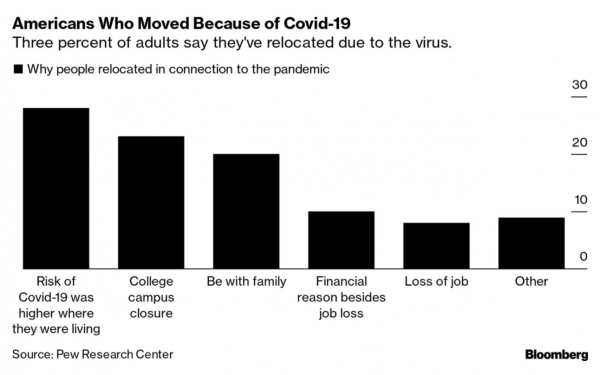 Click on the image below to play the segment.

I enjoyed this basic WSJ tutorial on Alphabet Economics. I’ve long used U, V, and W as labels for future periods. Now it’s about shapes.

…or something else. I think the following GIF best describes our economic cycle over the next 6 months.

You can say what you want about the driving, but you can’t say this guy didn’t stick the hell out of the landing … pic.twitter.com/hHzsREd4f1

Today, all (I assume) members of the Appraisal Insitute received a letter from current AI president Jeff Sherman, with whom I’ve met and spoken with on several occasions during his tenure and liked him and what he represented. MAI members from around the country have forwarded it to me and expressed their profound disappointment in this organization that they used to love.

Here is the consensus feedback by members who received this letter. 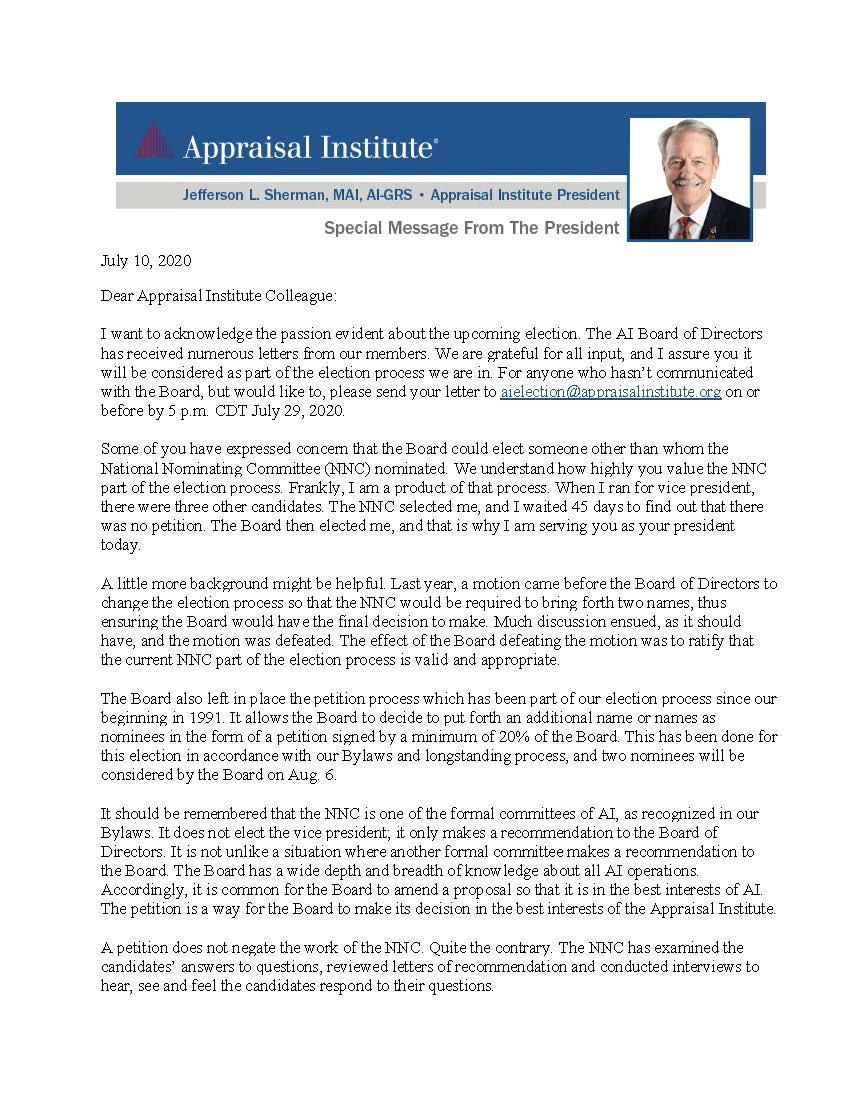 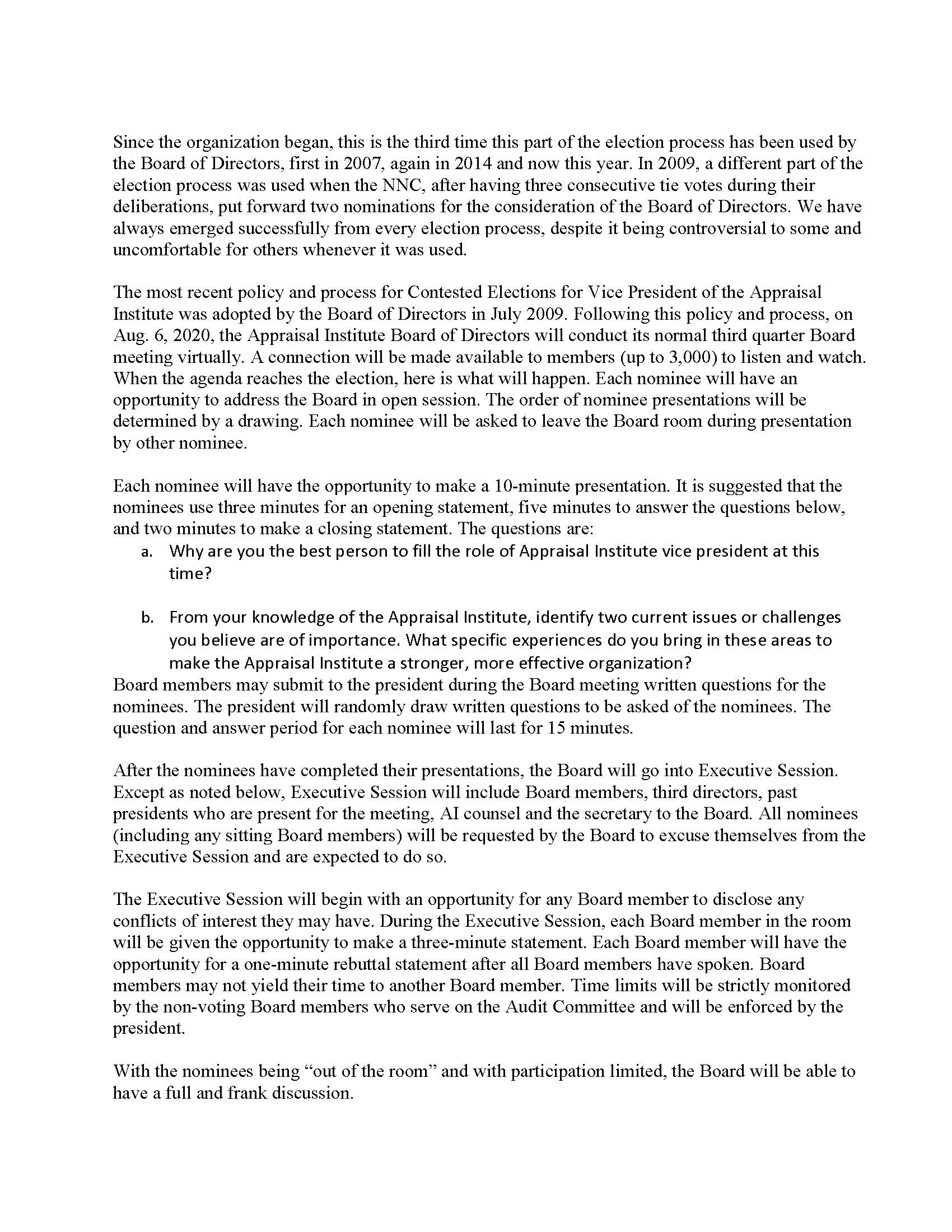 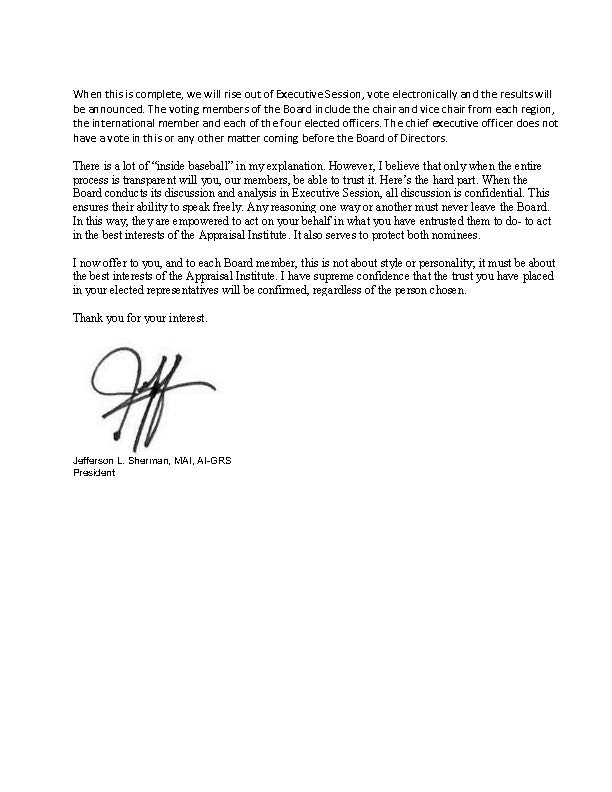 Here’s a conversation I had with my good friend from Australia! 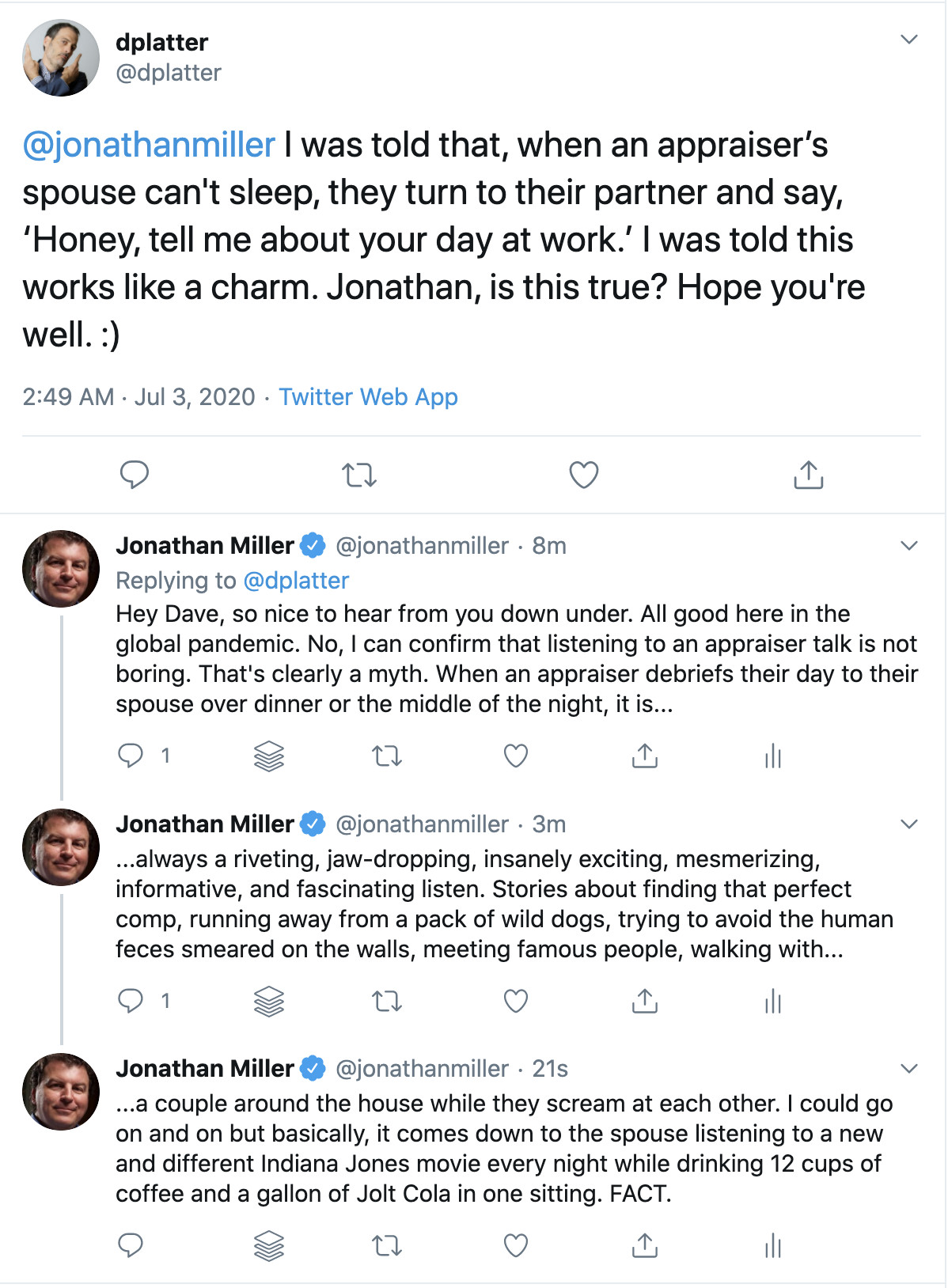 Although I argue that pie beats cake every time, this is madness.

These Are All Cakes pic.twitter.com/ejArkJHaid