During the Bicentennial summer of 1976, before I had a driver’s license, before I knew what an appraisal was and before I needed reading glasses, I asked my parents to buy me a “one way ticket” from our home base in Washington, D.C. to Eugene, Oregon. As a 15-year old, I left them at the gate at Dulles Airport exactly 39 years ago this week.

I proceeded to ride my bike all the way back from the west coast over the next 82 days and 4,400 miles. My 10-speed was loaded with a sleeping bag, a tent, cooking gear, clothes and food. I had joined a non-profit group called Bikecentennial ’76 (now known as Adventure Cycling Association), an amazing organization. That summer I learned to take things one day at a time but somehow never learned patience. 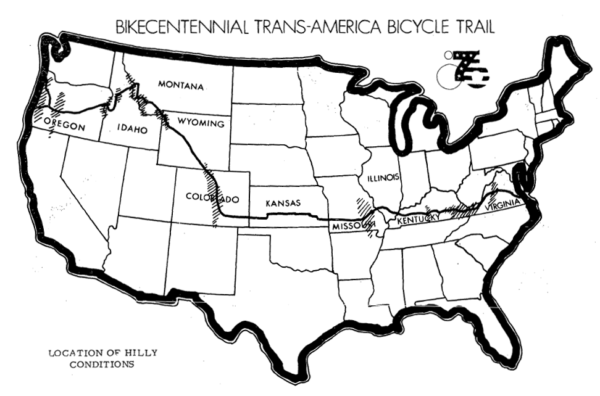 Thinking Big (and spinning your wheels)

This is the compelling video that triggered my memory of that summer bike ride but it also illustrates how cities, venues and suburbs can become obsolete if they don’t anticipate change and adapt. Detroit metro was unable to do that and it eventually collapsed. Cool bike riding visuals aside, it was disconcerting to watch what is left of the Silverdome Stadium in Pontiac, Michigan. I had watched the Detroit Lions play the Washington Redskins there during my college days and now this?

The insanity of spectacular architecture (replacing one spoke at a time)

Sometimes you have to suspend disbelief to see the future and appreciate spectacular design. The visuals in this week’s Andrew Rice story in Wired about the final World Trade Center building are incredible.

This week I wrote a piece for Bloomberg View on the insanity of super luxury housing prices: How Long Before a Home Lists for $1 Billion?. It must have struck a nerve becoming the highest viewed article on the the Bloomberg terminals and Bloomberg world wide for more than 24 hours. I wrote about the growing number of homes asking unheard of prices but the trend is so new that none of these homes have actually sold. Is this convergence of high asking prices a developing home value trend or is it merely a reflection of the brashness of today’s wealthy property owners? For now I’m leaning towards the latter.

The rental report we prepare for Douglas Elliman was published this week and it showed that the rental market in Manhattan, Brooklyn and Queens is still pushing higher. Rents are rising across New York City as credit conditions remain tight, the population is growing and the economy is booming. New entrants into the city tend to rent before they buy. What happens when a city can’t house the very people they are trying to attract? New York City continues to grapple with how it can create more affordable housing. Here are a couple charts. 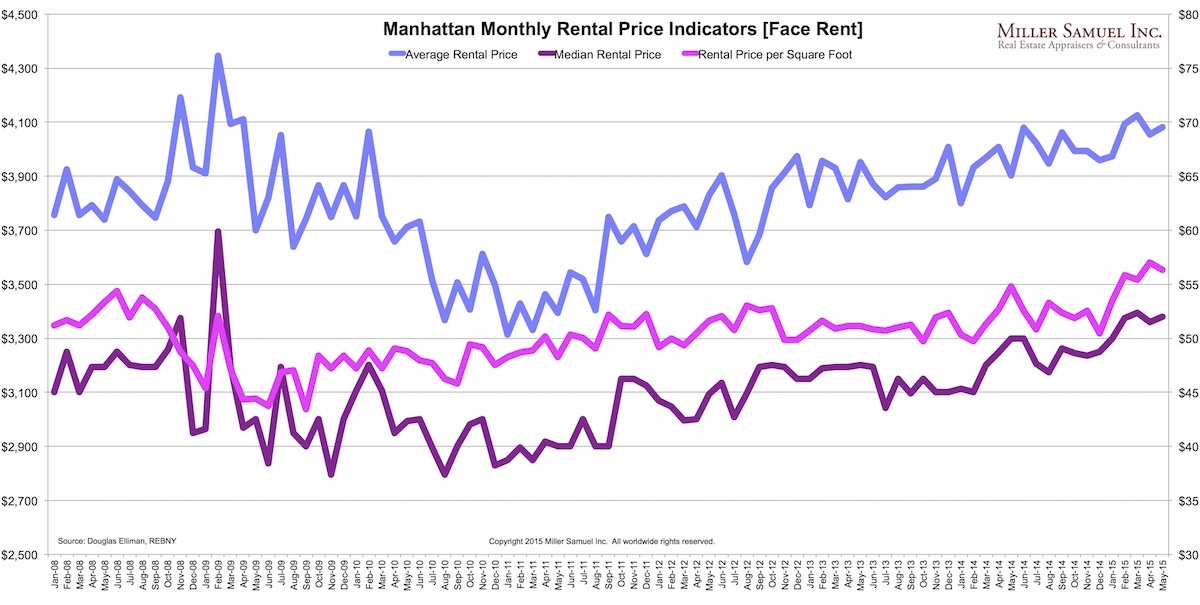 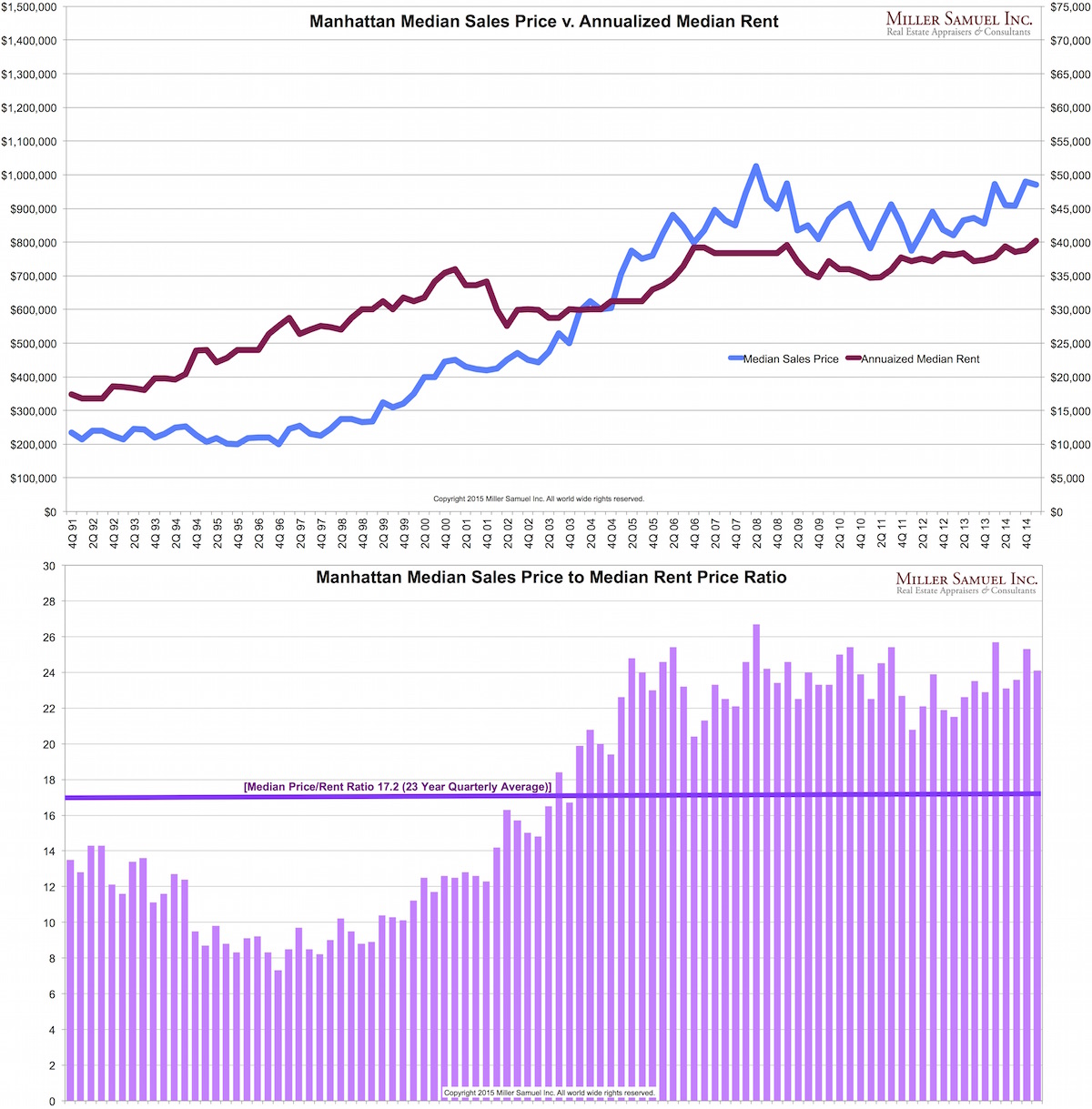 Last December I was invited by the Urban Land Institute to join an advisory services resilience panel and spend a week in Norfolk Virginia. The city asked ULI to consider possible strategies relating to a large under-utilized waterfront site. The city is being challenged by a tepid economy, the potential loss of a major employer, chronic flooding from rising coastal water levels and sinking land. And yes, that has repercussions for housing price trends. Here’s the formal report – I even got a few of my charts in there.

As the late Robin Williams once said: “Reality, what a concept!” His estate just cut the asking price of their Napa Estate again.