Heroes of The Housing Tornado: Man on a Lawnmower Edition

I’m not a big super-hero-in-a-cape-movie fan (but I have a soft spot for a TV version) but I do respect someone who likes their home to look good, no matter what. Back in 1984, when I was a real estate agent for six months in suburban Chicago, my last sale before I moved to Appraiserville was almost crushed by an old, very used, rider mower. The buyer wanted it, and the seller was sentimentally attached to it. The seller stood firm, and luckily the sale went through.

I doubt if the homeowner below would throw in a lawnmower as a deal-sweetener when the time came to sell. He was quoted as saying he ‘was keeping an eye on it’ which is always good advice for Housing Note readers. 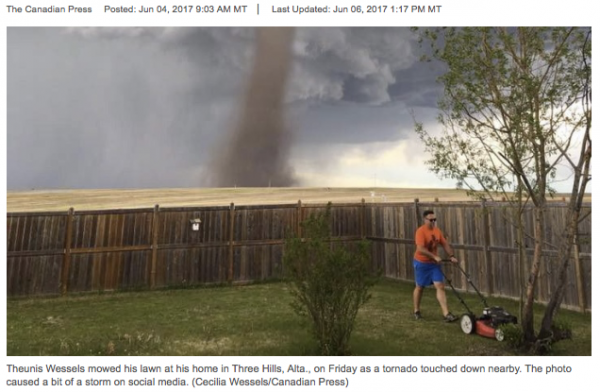 Interest Rates: FOMC Is Not Keeping Their Eye On It

Speaking of ‘keeping an eye on it’ – it is always a bad idea to second guess the Fed, but the idea that FOMC intends to push for another hike this year after yesterday’s hike and mortgage rates didn’t really react that much is further evidence that housing market participants don’t need to be concerned about runaway mortgage rates.

Even though rates edged up a little after the Fed announcement, in context they remain lower than they were on January 1st. 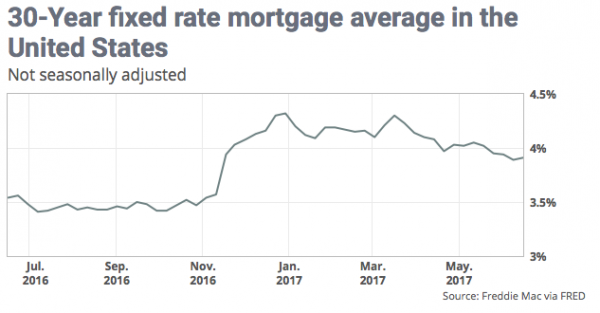 Because banks borrow short term and lend long term, and bond traders still think the Fed is harming future economic growth, as evidenced by the yield curve i.e. spreads, which are flattening. With less wiggle room, I suspect this will cause mortgage underwriting to tighten or remain tight which is not good for the housing market if we want it to normalize. 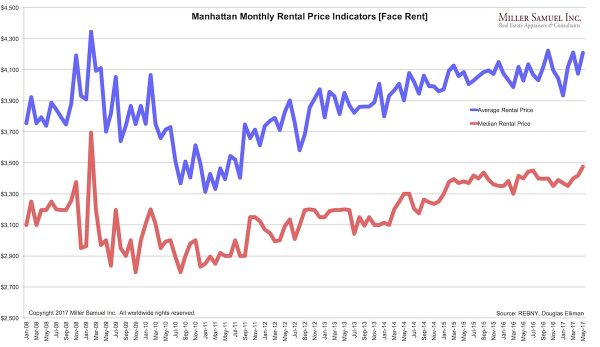 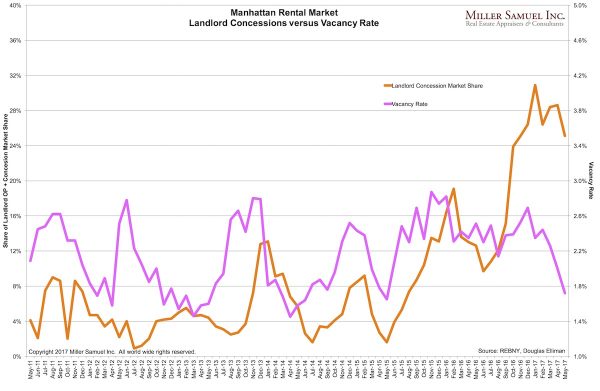 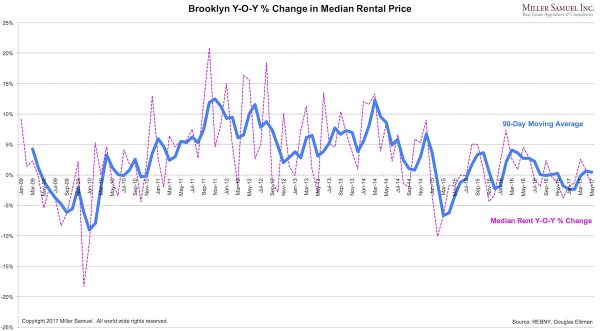 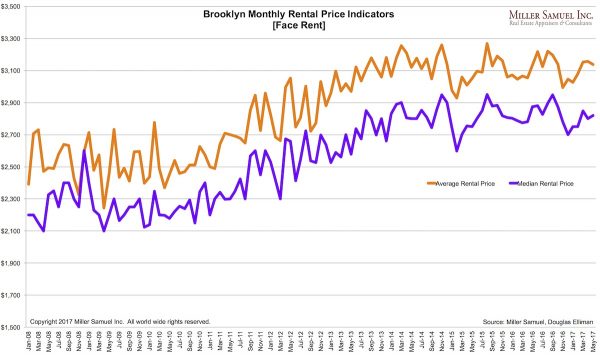 The supply of housing is so limited, even Google has taken notice. On Wednesday, the technology giant announced its efforts to alleviate the ever-tight (and ever-expensive) housing market of Silicon Valley through an investment in modular housing.

Since land costs are the reason housing is expensive, how does the purchase of modular housing resolve this problem, unless Google already owns a bunch of land?

The country will need to add over 328k new apartment homes each year on average to keep up with demand. The industry averaged just 225k completions from 2011-2016.

We simply can’t keep up with population growth. I suspect the problem will become much more significant in urban markets are housing construction there is relatively inelastic.

This price is a little higher than new development sales in Manhattan that go for around $450k. The problem in tracking these sales is that they are often blended with the residential sale.

Thinking About The Next Cycle

I don’t track metrics on open houses myself, but I seem to recall an unusually high number of events staged at the $70 million penthouse listing at 50 UN Plaza. I believe it has been on the market for about four years. In fairness, construction was only completed a year and a half ago, and current buyers do not purchase off of floorplans.

In the second half of this Forbes video I bring up the idea of the “next cycle” since this market cycle started in 2012 and if you believe cycles are seven years, we are two years from the next one. I wonder if some developers are holding tight on pricing for exceptional units, for now, hoping the next market arrives sooner than later. However, the brief post-election sales bump turned out to be a false-positive, and Manhattan luxury sales activity has cooled considerably in recent months. 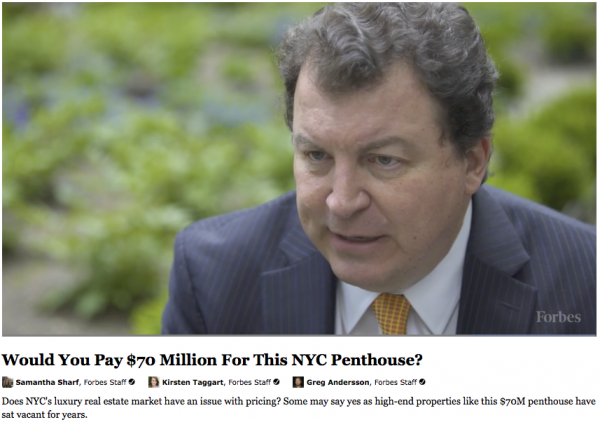 After a snarky trying-to-be-coy blog post that tried to win on a technicality that there was an appraiser shortage, many appraisers, including myself, took to the streets (the comments section) to voice our outrage. It was based on an amazingly misinformed Urban Institute post that doesn’t understand the appraiser role in mortgage lending, which was even more infuriating. I’m a long time reader of Housingwire and knew the founder, who visited me in my office well before it was sold to investors. In response to the blog post outcry by the appraisal community, HW editor-in-chief Jacob Gaffney reached out and asked me to write a rebuttal. To his credit, he got our message and promised to do a better job covering both sides of appraisal issues. He handed our long besieged industry a rare “win, include” and I am grateful for his honesty and for the opportunity to voice my view on their platform.

Hey 50-percenters, there is no “appraiser shortage” so knock it off [Housingwire]

In my Matrix blog post on this rebuttal, I inserted a cool chart that was presented in a prior Housingwire Webinar that also includes the infamous AMC owner Brian Coester – who blocked me on Twitter after the webinar (I feel honored). I add this line of reasoning in the Housingwire story because I wanted to talk about the optics of the false narrative being pushed by AMCs.

Not too long ago there was a webinar hosted by Housingwire that included some Powerpoint slides by one of the panelists, Matt Simmons. He is a Florida appraiser and former state regulator. He shared it with me, and one of his slides is quite amazing. He matched mortgage origination volume with the federal registry of appraisers. 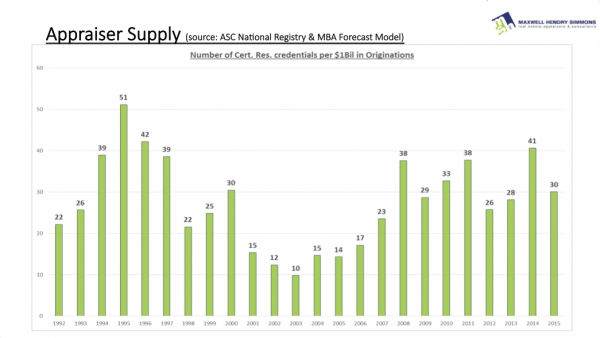 Voice of Appraiser Podcast Goes All FTC On US

On Today’s free podcast, Phil discusses difference between the Foley case and the FTC’s action against the Louisiana Real Estate Appraisal Board. Then he goes into “AMC Teddy Bear Picnics” which is something I can’t articulate like he can but that’s why Phil makes the big bucks. Listen.

And The Survey Says!

A colleague of mine asked me to pass along this survey on appraiser issues. I’d appreciate it if you would fill it out and share it. There are only six questions and they focus on your day to day work experiences. The results will be shared soon.

Ryan Lundquist of the Sacramento Appraisal Blog leverages his son’s spidey-sense of a Fidget-spinner bubble in a housing market analogy. The Nobel Prize committee has already made a note of his son’s highly developed economic acumen.

If you need something rock solid in your life (particularly on Friday afternoons) and someone forwarded this to you, or you think you already subscribed, sign up here for these weekly Housing Notes. And be sure to share with a friend or colleague if you enjoy them. They’ll never see it coming, you’ll realize that name-dropping doesn’t work and I’ll play the only instrumental ever banned on the radio. No really. See below.