Living Outdoors, Living Large and Living after That 70s Show

We’ve been having a run of good weather in the Northeast and there is nothing like getting out of the office for any reason to enjoy it. Outdoor space is an important component of home life for many as well. Whether renting or buying a home or an apartment, outdoor space and more of it, tends to command a premium.

In fact, America Is Enjoying a Patio Boom.

U.S. Census reported in their national construction survey using data from 2010 through 2014 showed that new home sales with patios increased 62.7%. And one third of U.S. single family homes in sold in 2014 had a patio. 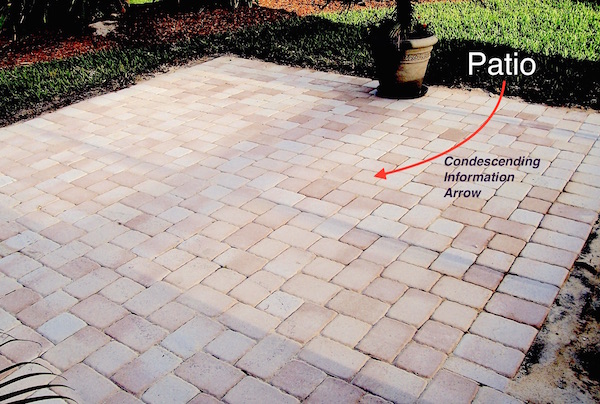 Back in 2004 my wife and I were looking to buy the “next house,” since we were literally bursting at the seams on a quarter acre lot with four very active boys. We wanted, no needed, more elbow room, both inside and outdoors. I played a lot of catch with my boys on the street in front of our house because the backyard was too small and they could easily overthrow balls into the neighbors backyard. We looked at a number of homes that we liked but none had enough outdoor space to our liking. We became discouraged, thinking there wasn’t a house out there that we could afford that made it worthwhile to move.

And then it happened, a new listing came on the market. My wife toured it and loved it. She called me at work and told me try to get home as quickly as I could because the house was new to the market and there were a lot of buyers circling since inventory selection was so limited.

But first a little background on my psyche – when we purchased our prior home in 1996 it went to a 3 way bidding war. Inventory was low and we were waiting for the right house to come on the market. We had just lost another home to a bidding war (which seemed to be rigged). However this recent listing was THE house around the corner that we dreamed of owning. My wife toured the house that day and loved it but I hadn’t been able to get home in time to see the interior. We made a full price offer anyway as did two other couples. The next day I inspected the interior and the sale went to sealed bids. Although we were only the second highest bidder, because we had no contingencies, the seller selected us.

As we pulled into the driveway in 2004 the home gave a great first impression. The broker let us in and I quickly walked in front of her, heading straight for the kitchen. Without taking notice of any details on the way, I walked straight to the sink and looked out the window over the back yard. I saw the large raised brick patio and an acre of lush green goodness. I pronounced that this is the house for me. The broker and my wife suggested I look at the rest of the house as well (admittedly I was just appeasing them) – We made full price offer that evening and we finally had the outdoor space we wanted.

What Would 50 Cent Think? Valuing That Patio.

A big part of our role as appraisers, aside from valuing the building itself, is to consider the value of the land and outdoor amenities that come with the home. In the valuation of co-ops and condo apartments in Manhattan, valuing the outdoor space is tricky – no wonder it is the number one question asked of me by real estate agents. The topic has come up so many times that I wrote a blog post about it 5 years ago and it is the number one viewed page of all time on my blog Matrix: [Terra Logic] Understanding The Value of Manhattan Apartment Outdoor Space. In it I provide the valuation logic that has been proved out during the thousands of appraisals our firm performs each year.

Here’s a hypothetical example (disclaimer: I took band, not art, in high school). 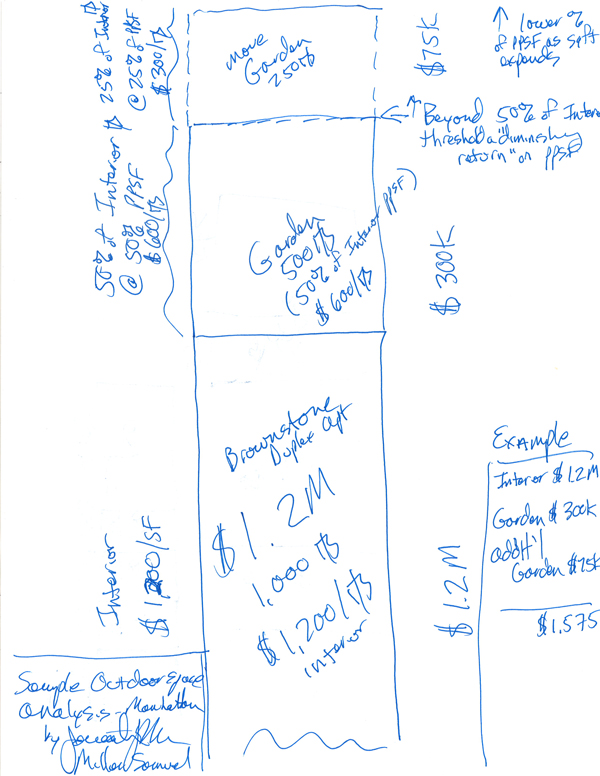 When I started as an appraiser in the mid-1980s new condominium developers rarely added real penthouse apartments to the tops of their buildings, let alone with large terraces. Healthclubs and pools that no one used were placed at the top. In the 2000s, developers recognized the money they were leaving on the table and outdoor space became all the rage, often valued at 50 cents on the dollar relative to indoor space. In this development boom, the record cost of land, labor and materials are forcing developers to price their outdoor space as high as $1 on the dollar relative to finished interior space. In other words outdoor space within a new condo development can be just as expensive as interior space. It remains to be seen whether the market will bear such a high premium.

Without considering inflation (from my 3CW column on Curbed NY): 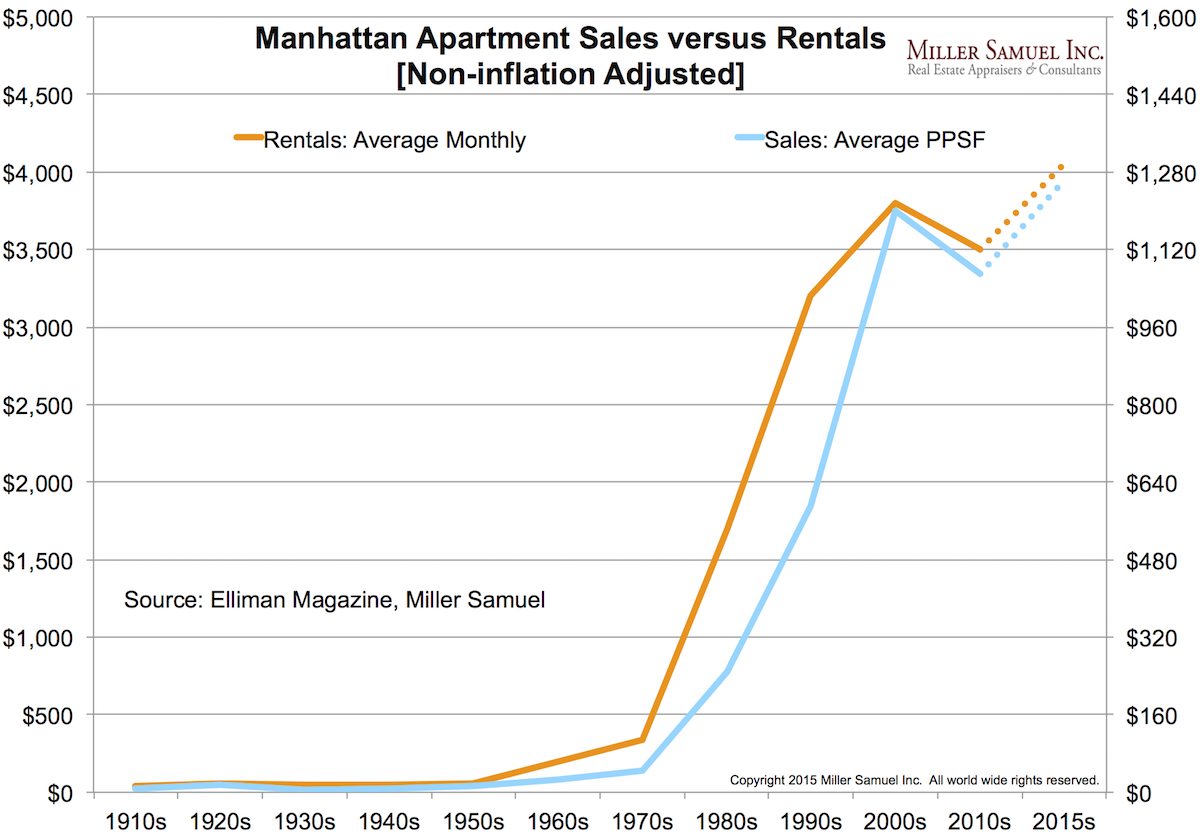 And when considering inflation (prompted by a troll on Twitter and one on Curbed): 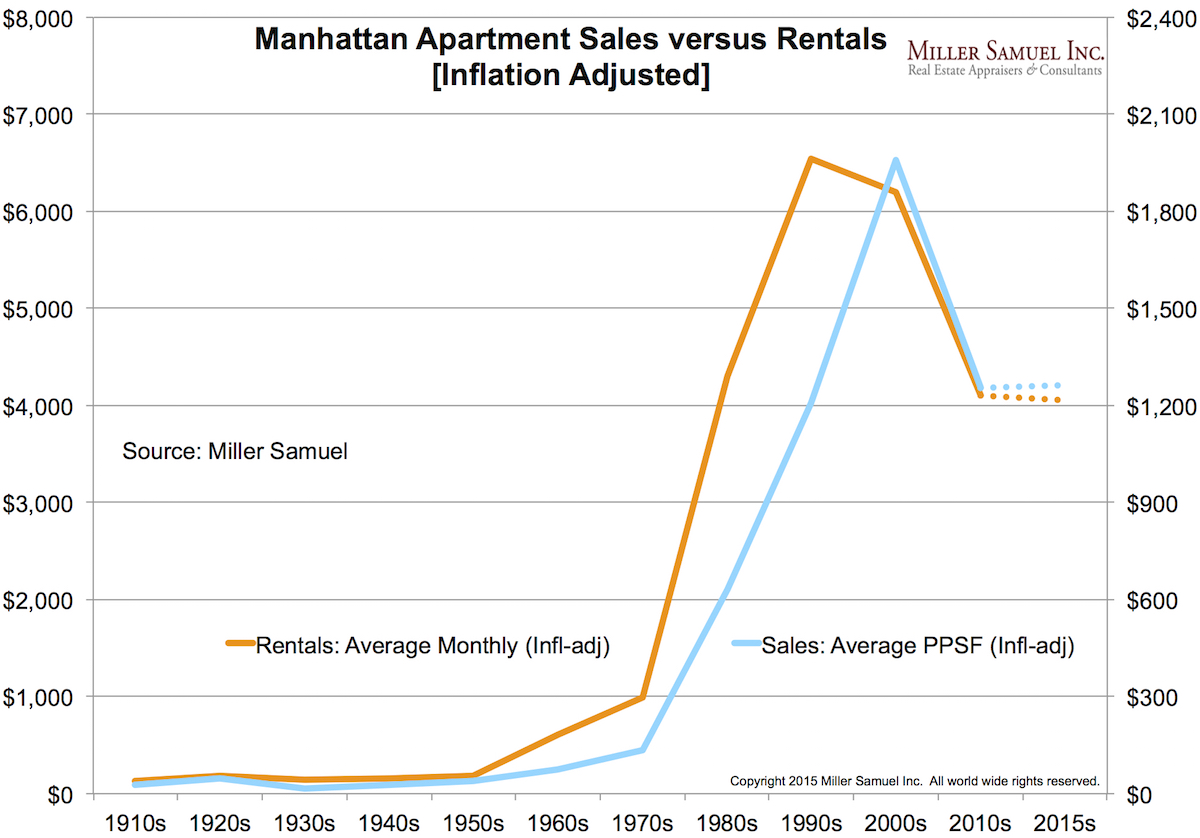 Getting on the Scale: Making A Home Bigger, Unleashing Hatred From Your Neighbors

One of the important aspects of a home is how well is fits into the neighborhood. Is it a White Elephant? That is, does it’s size and scale mix with other houses in the neighborhood or on the block? During the last housing boom a decade ago, we were introduced to the McMansion, the pejorative name for a housing type because almost by definition they were grossly out of scale with neighboring homes. While building homes out of scale is not uncommon today, it still gets neighbors upset even though a property owner is building to the scale allowed by zoning. There is a great New York Times piece about such a situation in Queens, New York.

How you see things is not necessarily how your neighbors, colleagues and peers see it.

A close out with a great example of this in this graphic on Gothamist.com 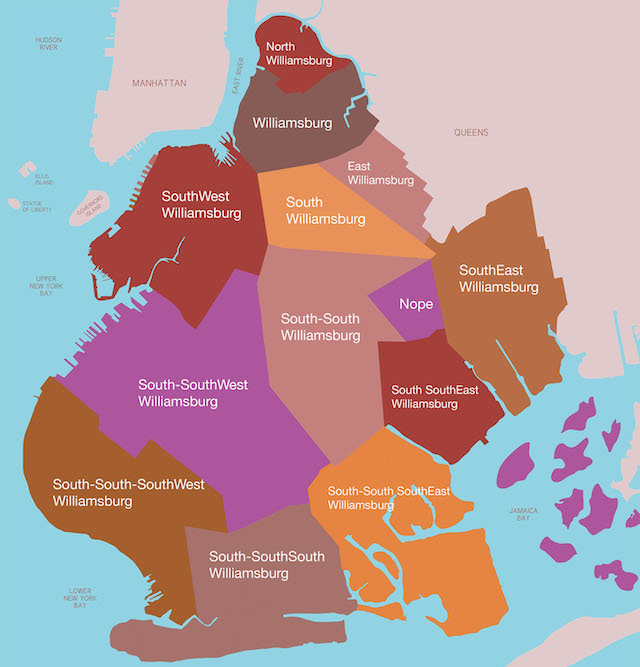