We had a nice snowstorm here in Connecticut last night and the ground is covered. It was a bit surreal after spending the previous 24-hours traveling to and from Boca Raton, Florida to give a presentation. Going from 22-degree weather to 82-degree weather after a 3-hour plane ride and back was a bit disorienting. When I woke up this morning I thought, what should I do on a snow day? Luckily my friend and appraiser colleague in Chicago gave me inspiration because I did this kind of stuff as a kid (and would now if I had time):

Now THIS is how you spend a snow day with your kid. [Scott Theisen] pic.twitter.com/zyx6AnJLmJ

My Sister, My Business Partner Gets Her New York Times Due

The New York Times weekend real estate section has a cover story The Boss? You’re Looking at Her: 7 Women in the Building Business and my sister Dina was one of them. I’m very proud of her. She, myself and my wife are the principals of our firm Miller Samuel we co-founded with our parents in 1986. Dina is not a public person like I seem to be but has often said her brother (me) “never met a microphone he didn’t like” which I wear as a badge of honor. Congrats to my sister for her well-deserved recognition. 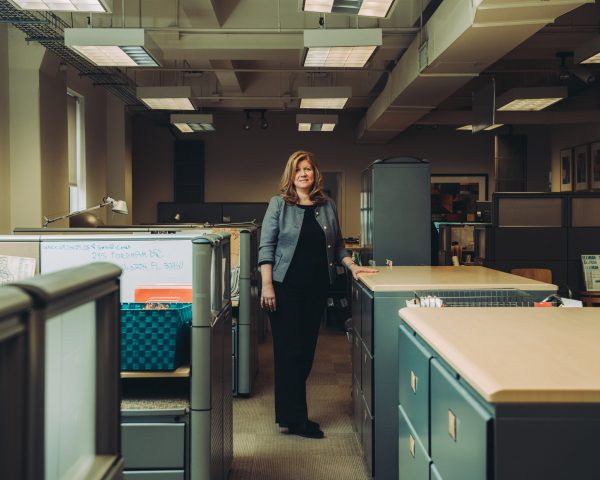 One of The World’s Most Important Charts (Per Business Insider)

Business Insider reproduced a chart of mine in their own format that represents the change in the Manhattan housing market right now. It’s pretty cool if I do say so myself. With their ability to make SEO-friendly headlines, this one especially sings: Paul Krugman, Rick Rieder, and 47 of the brightest minds on Wall Street reveal the world’s most important charts [paywall]: 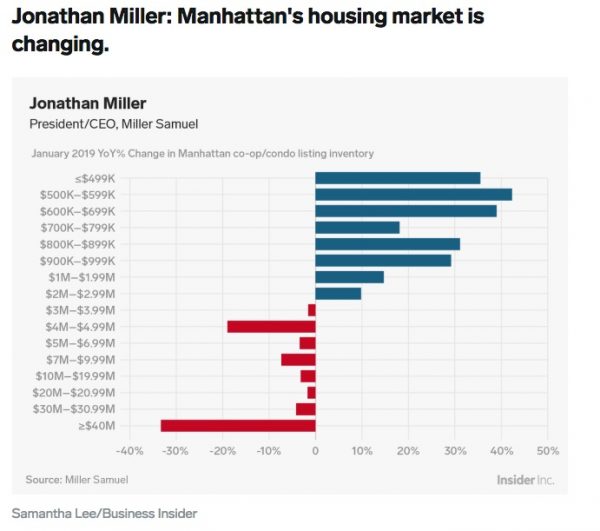 Millennial Debt and The Economic Slowdown

Ben Casselman, an econ/data reporter for the New York Times had this to say about the following chart and his article:

“The economy grew at a 2.6% rate in the fourth quarter — better than economists expected, but a marked slowdown from earlier in the year. And the start of 2019 is looking even worse.” 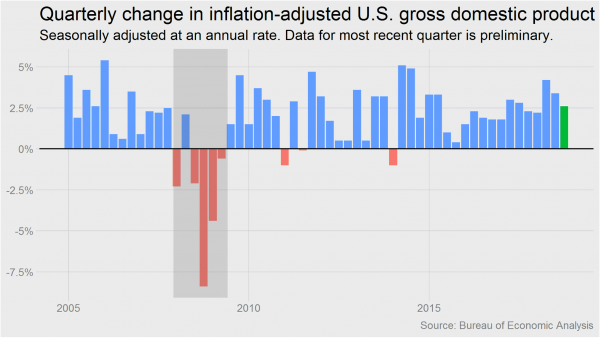 Alex Tanzi of Bloomberg news wrote a terrific article with charts partly about the next generation for housing, the millennials. While mortgages are the largest part of consumer debt, millennial mortgages are not keeping up with the prior generation. They are late to the housing party. 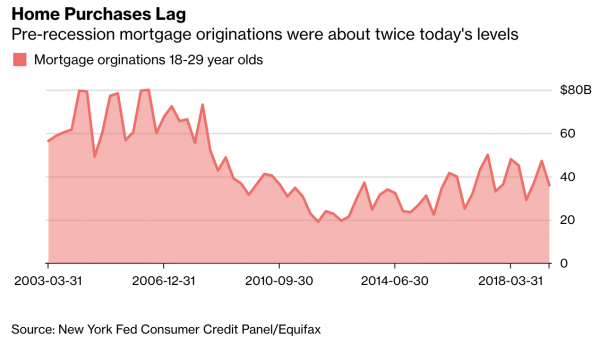 While I’m a big fan of ‘The Indicator’ podcast from Planet Money/NPR, this was an icky topic with a strong hook. Glenn Kelman of Redfin fame shared a theory, and you can see how embarrassed he is in his voice, as he attemtped to link the fate of the spring housing market to the NFL Superbowl, almost as if he had a concussion.

The discussion about the market was fine. The gimmick was super dumb. I guess the old PR saying goes, “right or wrong, just spell my name right.”

In the mid-1980s when I was just starting out as an appraiser, I remember inspecting a walk-up 1-bedroom apartment across the street from the biker gang’s New York digs. I asked the broker about it and heard the same narrative for years: The existence of the gang on the street made the block safer (especially in the 1980s before gentrification consumed the gritty neighborhood). The only rules were: 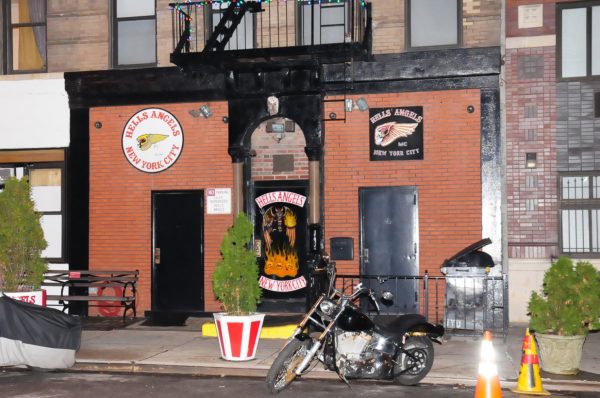 There is a lot of change brewing in our industry. Look for a lot more from Appraiserville in the coming weeks. Time was short this week but the following could not wait:

I do not know the appraiser Barry Cleverdon personally, there has been an outpouring from colleagues I know and respect to provide financial support to his family. As Ryan Lundquist shares on the Go Fund Me page he set up for Barry’s medical expenses:

Barry Cleverdon has over 35 years of appraisal experience in California and he’s been teaching appraisal classes since 1991. On February 5th while on his way to the REAA appraiser meeting in Sacramento he got into an accident with a large truck. After the incident he actually walked to a Walmart, called a cab, and was driven home. But he fell in his front yard and was then rushed to the hospital where he had surgery to relieve pressure on his brain. He has been in a coma since then. He is moving his limbs but not opening his eyes. He is in ICU.

Let’s show our industry support for one of our own by donating to this worthy effort and help his family. I did.

David Gilmour, my favorite member of the band Pink Floyd, plays Shine On You Crazy Diamond (Parts I–V) (In Concert) and it is a beautiful song. I broke out all my Pink Floyd music this week after an extended absence.