I have to admit, some of our holidays are getting a little stale – no disrespect to St. Patrick – and yes I am wearing green as I write this. And even though the data (I can obviously assume) shows pie is better than cake, the international pi day celebration this past Tuesday (3.14, get it?) was getting old.

I have discovered that seeing animals out of place is more interesting. Recently my animal theme in Housing Notes touched on swimming pigs. I somehow related to that. Now I’m finding the same connection with ponies walking around on Staten Island during the recent snow storm – I thought about that while I was digging the snow from my driveway during the storm and digging ponies like the Beatles song said. It just makes sense.

#NOW #ESU #Truck5 assists the @NYPD123Pct in wrangling in these runaway ponies in #StatenIsland. Ponies were safely returned to their owners pic.twitter.com/bruBviMdSb

There was a great Neil Irwin article in the NY Times Upshot about how The Fed’s Era of Easy Money Is Ending although I think the title is misleading. The phrase “easy money” infers that borrowing is easy. While that is true in other credit sectors like credit cards, auto loans, and student loans, that is still not the case with mortgage lending. The mortgage lending industry is still looking for reasons to get out of the mortgage up until the closing table. But that should be remedied with higher mortgage rates. Spreads are too tight for lenders to have an appetite for risk.

FOMC raised the federal fund rate in December 2015, then three months ago and again on Wednesday with a suggest of a few more increases in 2017. I have to admit I remain skeptical of a much higher rate trajectory because I believe that Washington policymakers are not going to be able to get as much done as originally promised given all the current chaos. But I may be stuck in a low mortgage rate bias after a decade of low mortgage rates.

Why do we live where we do?

A Cliff Note on new urbanism. It is massively biased against suburbia and doesn’t reflect the recent exodus to the suburbs phenomenon as housing affordability became a crisis due to inelastic supply. But it still fascinating.

And with the reversing cycle of moving to the city and back again, I thought you might need to watch this video.

I love muscle cars and one of my mid-life crises was making my daily driver a 2016 Dodge Challenger – but I also love the late 1966 Pontiac GTO nicknamed “The Goat” (another 4-legged animal reference).

A GTO in the context of housing and preventing money laundering activities is known as a “Geographic Targeting Order.” I’ve covered Kleptocracy and FinCen’s activities before but this acronym is getting more use these days. Treasury officials are touting the effectiveness of focusing on all cash buyers in the following markets:

It has been reported that there is a loophole by using a wire transfer.

Wall Street Bonuses Are Up, but Meh for Real Estate

The New York State Comptroller just reported that Wall Street bonuses are up and this could help the luxury market. I suspect that optimism is a tad overblown because, despite the first bonus pool rise in three years, the average bonus per person was up about 1%. Since Dodd-Frank, a higher regulatory overlay has shifted some compensation to salary from dependence on bonuses. Whereas a decade ago, bonus payouts could be seen across the market, especially at the higher end. While this bonus season is clearly a positive influence on the NYC market, the impact will likely be nominal.

The charts below also show how Wall Street’s employment, while rising in absolute numbers over the past few years, is falling sharply as a percentage of total NYC employment. Therefore its lower impact on the overall housing market demand.

There have been additional articles on the Elliman Report I authored and Douglas Elliman published last week on the Manhattan, Brooklyn & Queens rental markets.

Richard LeFrak, one of a handful of multi-generational developers thinks that rents in NYC have to fall another 15%. He was interviewed on Bloomberg.

And here is one of those Wibbitz info videos by the San Francisco Chronicle covering our rental report.

The notoriously “sky is falling” but addictive blog Zero Hedge is a long time read of mine that I use whenever I start to think the world is a happy and good place and I understand it. Their recent headline tries to get us to take the bait: Manhattan Luxury Housing In Freefall: J.Crew CEO Slashes Tribeca Loft Price By Over 40%.

This is an example of my “aspirationally priced” listing stories where the teller of the story assumes the original price represented the market. It was presented that the listing price was slashed by over 40% somehow spoke for the entire high-end market – yet it was just another example of a seller either getting bad advice or caught up in their hyperbole about their property and wildly overpricing it. Ironically I think the 40% drop means that the high-end market is on the mend. We see luxury inventory fall in many of the markets I cover around the U.S. although they remain bloated.

For a high-end market to get moving again, here are two things among others that have to happen.

There is a great interactive global house-price index at the Economist. While we worry about affordability here. Housing market trends in New Zealand and Australia seem scary. Click on the graphic and scroll down on the page. 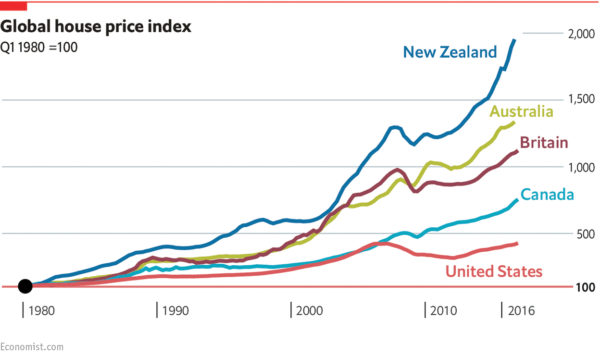 We loved glass bubbles in 1957. Who would have imagined that the term bubble would so closely link with housing in such a different way today? 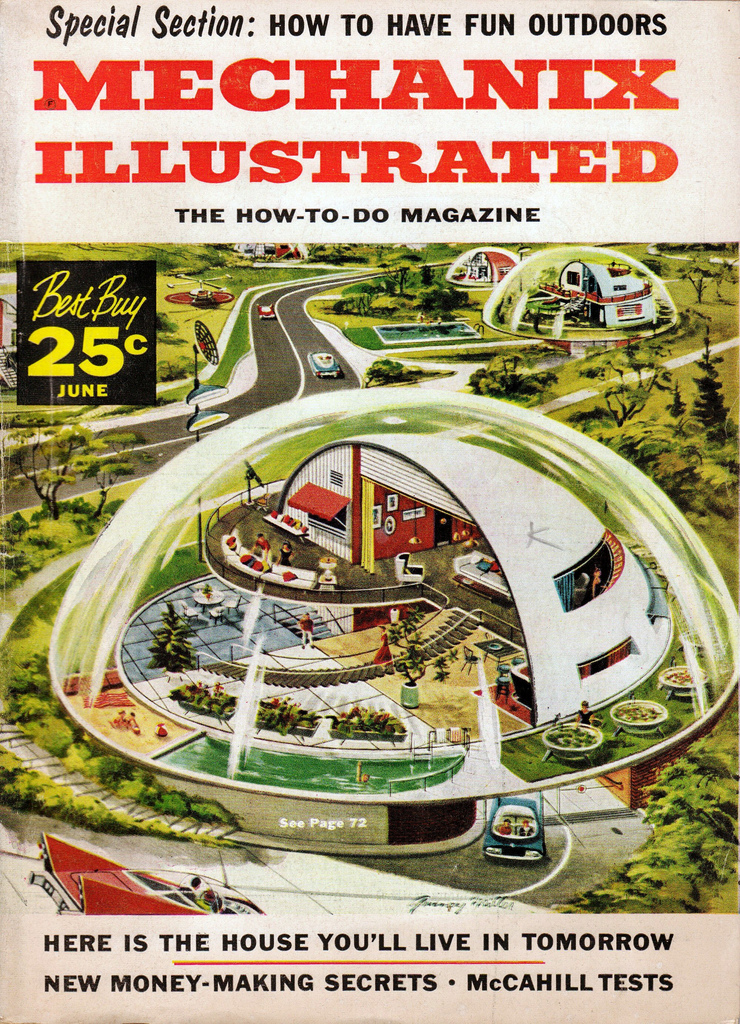 And some wildly bad battery advice from 1951. 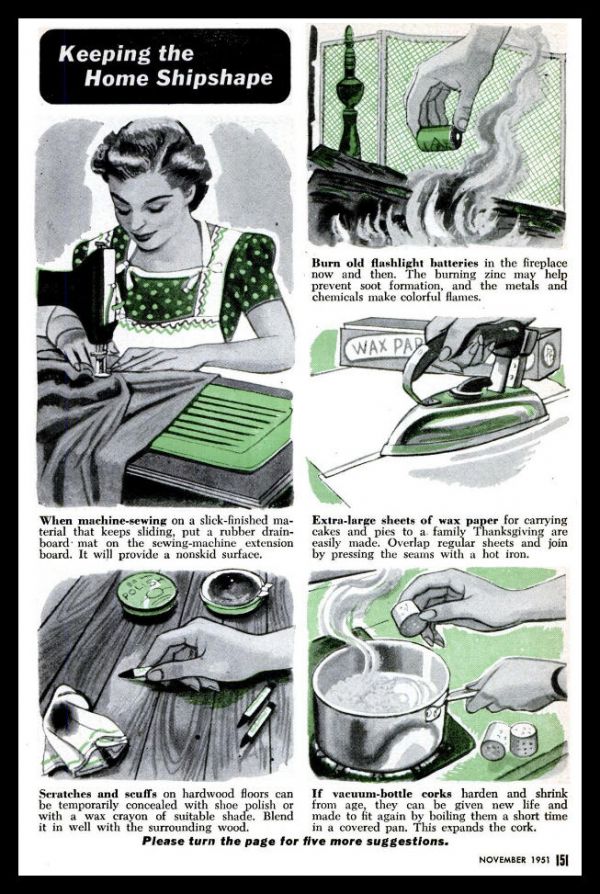 This isn’t upcoming – it was on March 9, 2017 – Real Estate Board of New York: 19th Annual Residential Management Leadership Breakfast to honor outstanding leaders in residential property management. I keynoted it last week and did NOT bring a pony with me. Here’s proof. 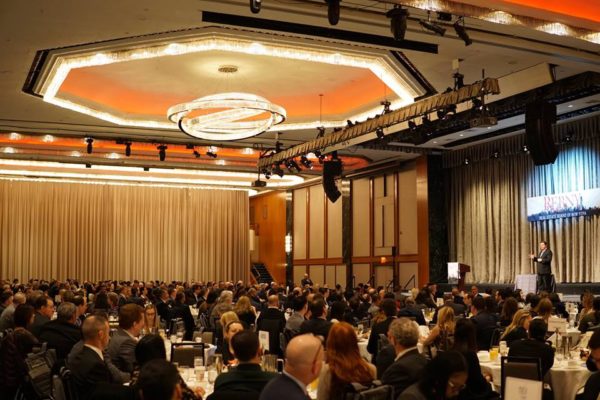 One of the dangers in writing reports is the blending of boilerplate and original thought to the point that through sheer repetition, you sound like a robot to your client no matter what you say.

Comparable no. 1 was most similar to the subject and was therefore given greatest weight.

I saw this post in one of my favorite legal blogs Above the Law. I read a lot of law blogs because a large part of my client base is lawyers and sometimes I feel like a lawyer with all the disclaimers I insert (often boilerplate). This post: The Most Overused Phrases In My Legal Writing could be written by an appraiser, no?

The most original thought you can provide to your client, the more authentic and reliable your report will appear, and that’s only half the battle.

I’m working on a boilerplate legal appraisal intro in my spare time, but I’m stuck:

Notwithstanding the foregoing, hitherto and henceforth, why forth and such…

The AI Seattle Board voted in favor of the AI National “taking” policy relying on the phrases in the FAQ remaining very loyal to AI National. After the vote was made, she said:

I think we’ve been shocked at the outrage.

Here is part of the text – she represents the best intentions, but the board was overly reliant on AI National rhetoric (much like the Houston board) without factual support – just the AI National FAQ – and became a “deer in the headlights” at membership outrage.

We have received numerous letters, mostly written with strong words of how upset everyone is over this policy. We are listening. In fact, that is what we are doing right now. The 20 board members plus 4 officers feel a heavy burden by this. A motion was passed that the majority thought was the best course of action for the organization. I think we’ve been shocked at the outrage. Since January is my first official month as a board member, let me tell you it’s been quite a ride! Please know that I work on your behalf, but also on behalf of the organization. We are all on the same team – we are a big team and there are many voices. I’m available to you, so please email me or call me if you’d like to discuss this policy or anything else.

NAR just published an appraiser survey with a sample survey of a few thousand – I don’t know what their criteria for particpation was. HousingWire zeroed in on the “trainee” issue that I wrote about last week and is the result of banks overinterpreting regulations. 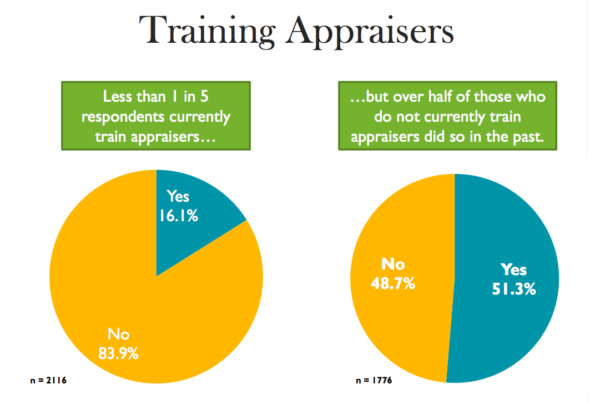 I’ve been a little overscheduled this week but have a bunch of new posts to share and will be adding them over the weekend at Real Estate Industrial Complex where I have been chronicling the unfortunate anti-membership activities of AI National as well as other issues and challenges facing appraisers today.

If you need something rock solid in your life (particularly on Friday afternoons) and someone forwarded this to you, or you think you already subscribed, sign up here for these weekly Housing Notes. And be sure to share with a friend or colleague if you enjoy them. They’ll learn a proper Guinness pour, you’ll switch from white noise to pink noise and I’ll get another Matrix movie!!!