Housing SOUNDS Good, But It Doesn’t FEEL Like It

Last December there was a tremendous amount of hand wringing in the housing market about rising interest rates. The Fed felt the improving economic news was strong enough to move the federal funds rate up a notch to keep potential inflation in check.

The future of the economy seemed to sound something like this.

Despite the upbeat economic messaging last December, the housing market faced a double edged sword. Economic conditions, while improving (or the world around the U.S. is falling), have been offset by tepid gains in wages by current and potential homebuyers. Tight lending conditions have persisted.

Yes, the U.S. economy is improving but wages have been lagging all through the financial crisis and have only recently began to rise. 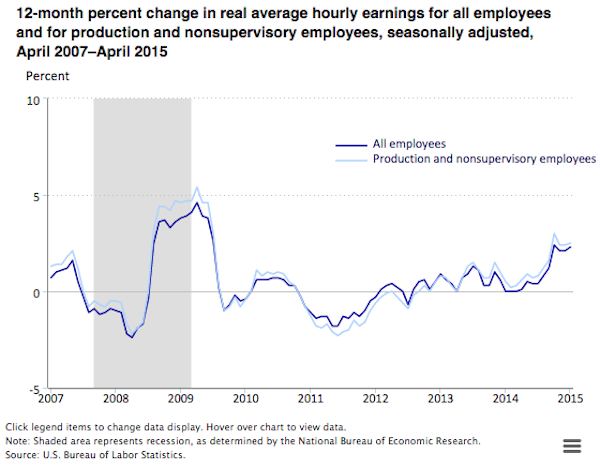 For most of the U.S. housing market, rising home prices, limited inventory and tepid wages are not a great match for rising interest rates. As it turned out, that car sounded great, but it never got out of the garage. The 30 year rate has since slipped below the December rate at the time of the previous Fed announcement.

At this week’s FOMC meeting, they decided to hold off:

Federal Reserve officials dimmed their view of the economy and said they likely won’t raise interest rates as swiftly as they had previously anticipated, a nod to lingering risks posed by soft global growth and financial-market volatility.

And here is an always awesome Fed Statement Tracker – sort of like the “review” function in MS Word to track changes. Over many decades, the FOMC release documents are perhaps on of the world’s most scrutinized.

Within the Fed Statement Tracker, the partial sentence about the housing market near the top: “and the housing sector has improved further” has remained unchanged since the September 17th letter. Yet I wonder what the basis of “improved” means? Are they referring to sales? Pricing? Both? Something else entirely?

Another way to FEEL about the New York new development market

There was an amazing Bloomberg News article this week by Oshrat Carmiel and David Levitt that helps us understand how the world is beginning to realize there is a new development supply overhang.

All those super smart MBA, Wall Street master of the universe types armed with HP-12C calculators missed another overheated cycle.

A mentor of mine once told me (paraphrased) “never rely on an MBA with a HP12C, it’s the basis of all financial engineering.”

The article describes a deal by Extell, one of the most prolific NYC developers, to bring in a partner to help out. The article detail that jumped out at me was the way investors are pricing the bonds that were used to raise money for new condo development. It’s actually quite amazing:

The firm’s 6 percent bonds were trading at a yield of 9.4 percent on Tuesday, a sign that investors view the debt as risky. Extell has raised 1,650 shekels ($424 million) in Israel’s corporate-bond market.

Since there is no transparency of new development contracts IN NYC, this is a new way to understand the perception of risk by the investors of these new projects. All those anecdotal accounts of a slow down have been validated.

Here are some of the recent articles on the most talked about topic in real estate circles these days:

SOUND advice: How should a homeowner measure ROI?

Aside from Waffle House having their own record label with songs like “There are raisins in my toast” – nothing is more confusing than calculating the return on homeownership. Especially when those returns are compared against other asset classes like stocks. In NYC, home of Wall Street, we LOVE to compare housing to stocks for no particular reason other than proximity.

But that’s the wrong way for most homeowners and would be homeowners to think about housing as an asset class.

The majority of U.S. homebuyers use leverage to purchase a home via a mortgage. Aside from the value of their use of the home and tax deductions, a return on investment of a home should be based on the downpayment, not the original purchase price. 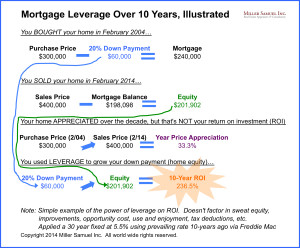 But in the condo market, the use of cash is more common than for the majority of U.S. homebuyers This is one of those “perfect storm” elements behind the recent new development condo boom. The consumers of super luxury real estate generally did not use or need leverage at a time when credit conditions remain unusually tight.

Yesterday I had a great conversation with James Nelson, Vice Chairman at Cushman & Wakefield for his monthly “Nelson Report” where we spoke about the shift in the new development market over the past year. My key points were:

A Canadian AMC FEELS it has a bright future ahead.

But it clearly doesn’t feel that way to this appraiser. In a Bloomberg News analysis of an upcoming IPO Real Matters Deal Said to Set Stage for Canada’s Next Tech IPO, there was a golden nugget of a quote by a large investor in the firm. It was hilarious because it speaks to the disconnect that the public and banks have with the AMC industry.

The U.S. housing crash put pressure on mortgage providers to have a better understanding of the homes they were financing, said Thomas Caldwell, chairman of Caldwell Securities Ltd., who invested in Real Matters in 2013 through investment firm Urbana Corp. “Real estate appraisals are a big, big deal since 2007, 2008,” Caldwell said. “You’ve got to start having real numbers.”

LOL. “You’ve got to start having real numbers.” Think about how insane that comment really is. And the idea that numbers were bogus in 2007 and 2008 and somehow they aren’t now. Numbers are less reliable now than during the bubble but instead of being high, they are simply more random as the appraisal ranks are filled with non-mentored form fillers.

I’ve written about this a lot in the past and some of these posts went viral within the AMC and appraisal industries (hopefully for their accuracy and candor).

The parent company known as Real Matters has an AMC known as Solidifi and is perhaps one of the best AMC’s out there because they pay the appraiser the market rate and charge a fee to the bank on top of that instead of take half the fee as is commonly done in the AMC industry. We dealt with them once because a client wanted us to do the complex appraisal and we had to go through them.

Perhaps saying that Solidifi is one of the best is technically correct. But when adding context like the consideration of the entire AMC industry, is like qualifying it as on the top of a large steaming pile of cow manure. You’ve got the elevation but it still stinks. The AMC industry has worked hard to commoditize a profession and the mortgage system as a result remains deeply flawed. 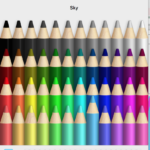 I’m not sure why I’m more comfortable using the Crayola color palette other than as I like to say – I took band instead of art in high school and I’m making up for lost time using a non-serious format for serious presentations.

The opposite of this was apparent in a commercial property listing sent to me the other day. Notice the former tenant in the description section. I’ll stick to drawing charts with crayon colors. 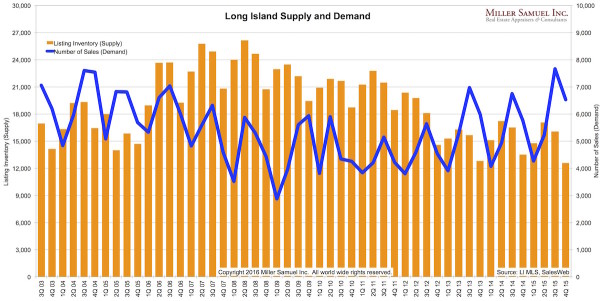 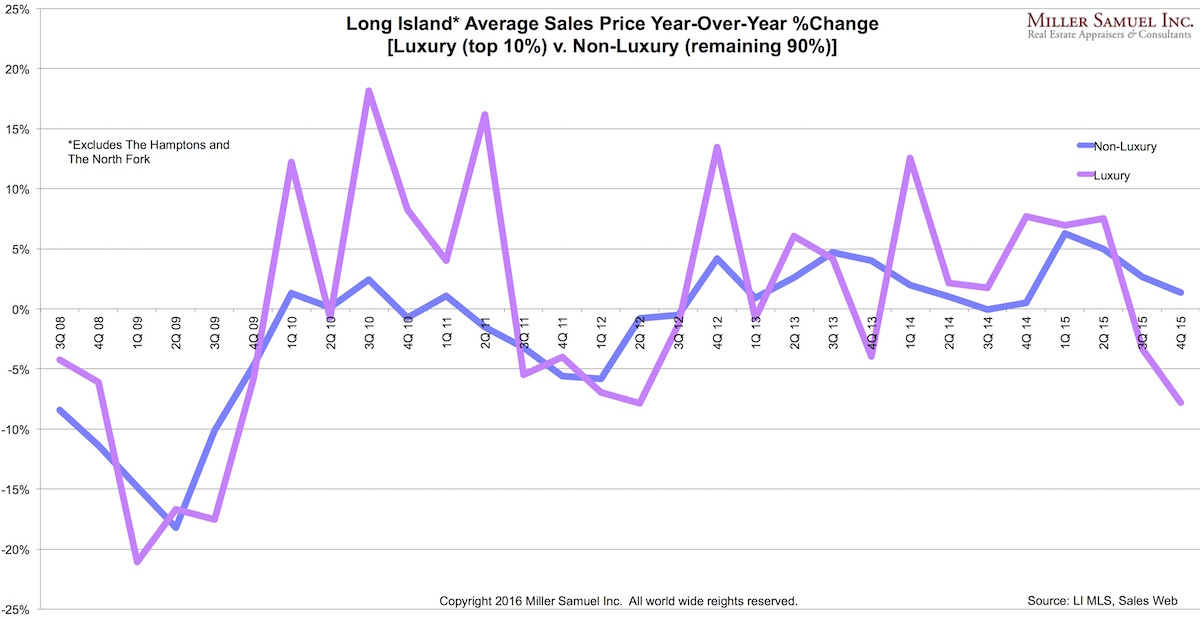 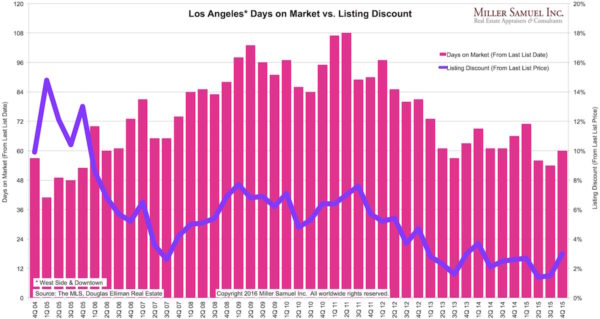 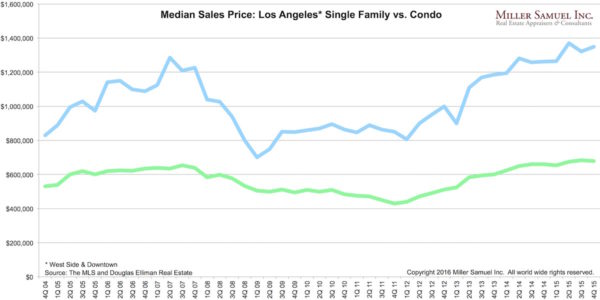 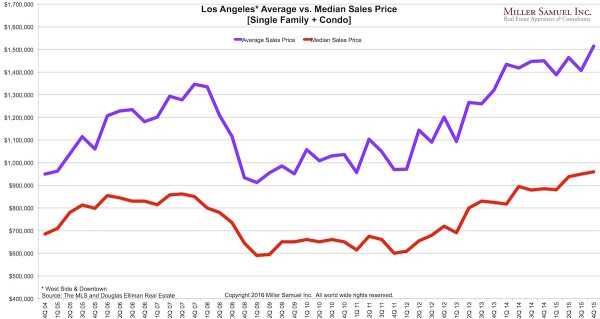 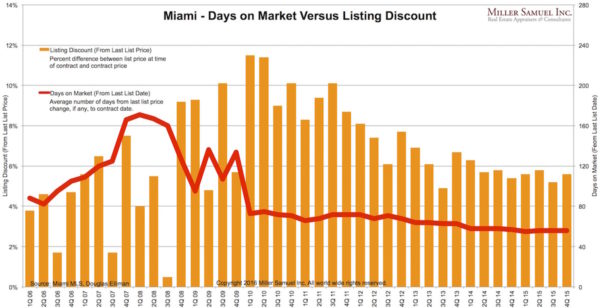 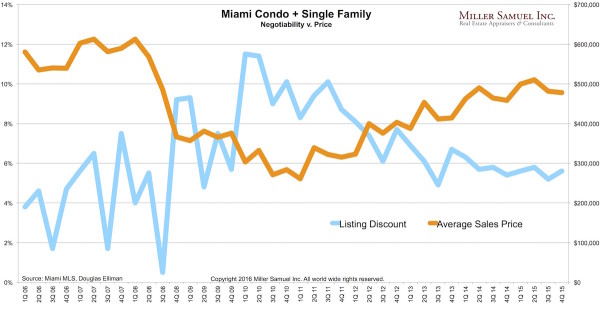 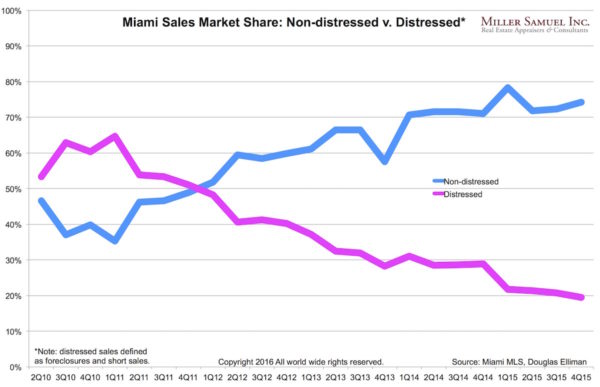 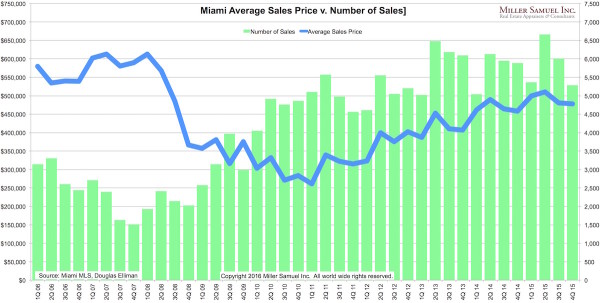 If you need something fascinating in your life (particularly on Friday afternoons), sign up for my Housing Note here. And be sure to share with a friend or colleague. They’ll draw with crayons better, you’ll sound better and I’ll feel better.