On occasion, we observe things in the housing market that surprise us, like the concept of rising mortgage rates. It hits you hard, making you reconsider ideas you thought to be steadfast…

And sometimes, when you have been keeping the garbage cans on the side of your house for a decade, you find yourself being fined unless you hide them, you get inspired… 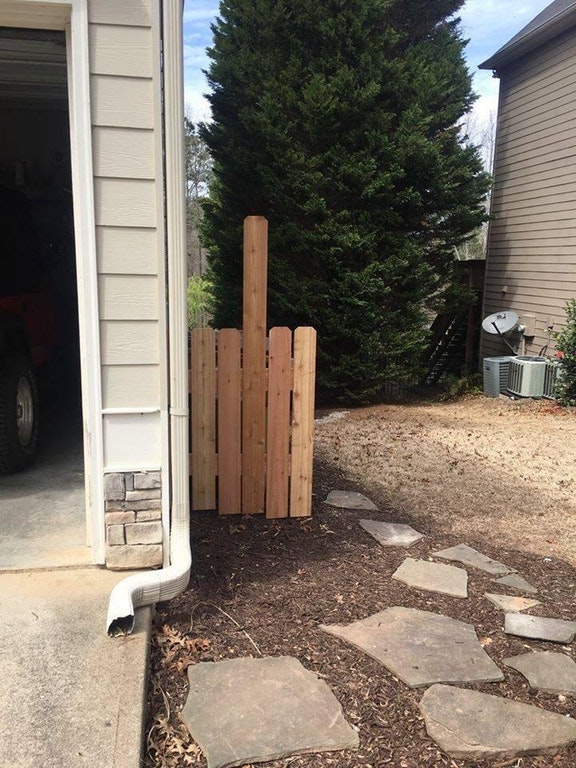 The release of the 2018 Wealth Report

Knight Frank and Douglas Elliman released the annual report on the state of luxury in the context of the assets and experiences high net worth individuals ($50M+) prefer. I attended the launch last week on the day the N’oreaster hit. The panel was moderated by Robert Frank of CNBC.

There are a lot of good reads about this space such as controversial historian Niall Ferguson’s [piece on the issues facing the world and its wealth creators] called Reformation 2.0. and my friend Liam Bailey’s closing piece “The slow death of cheap money.”

Here are a few of my favorite infographics in the report. 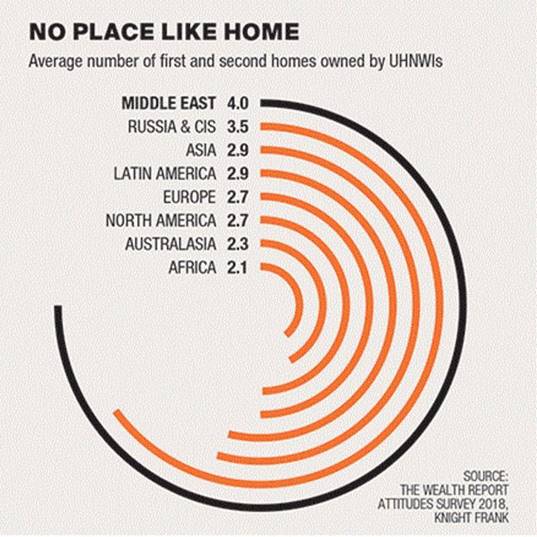 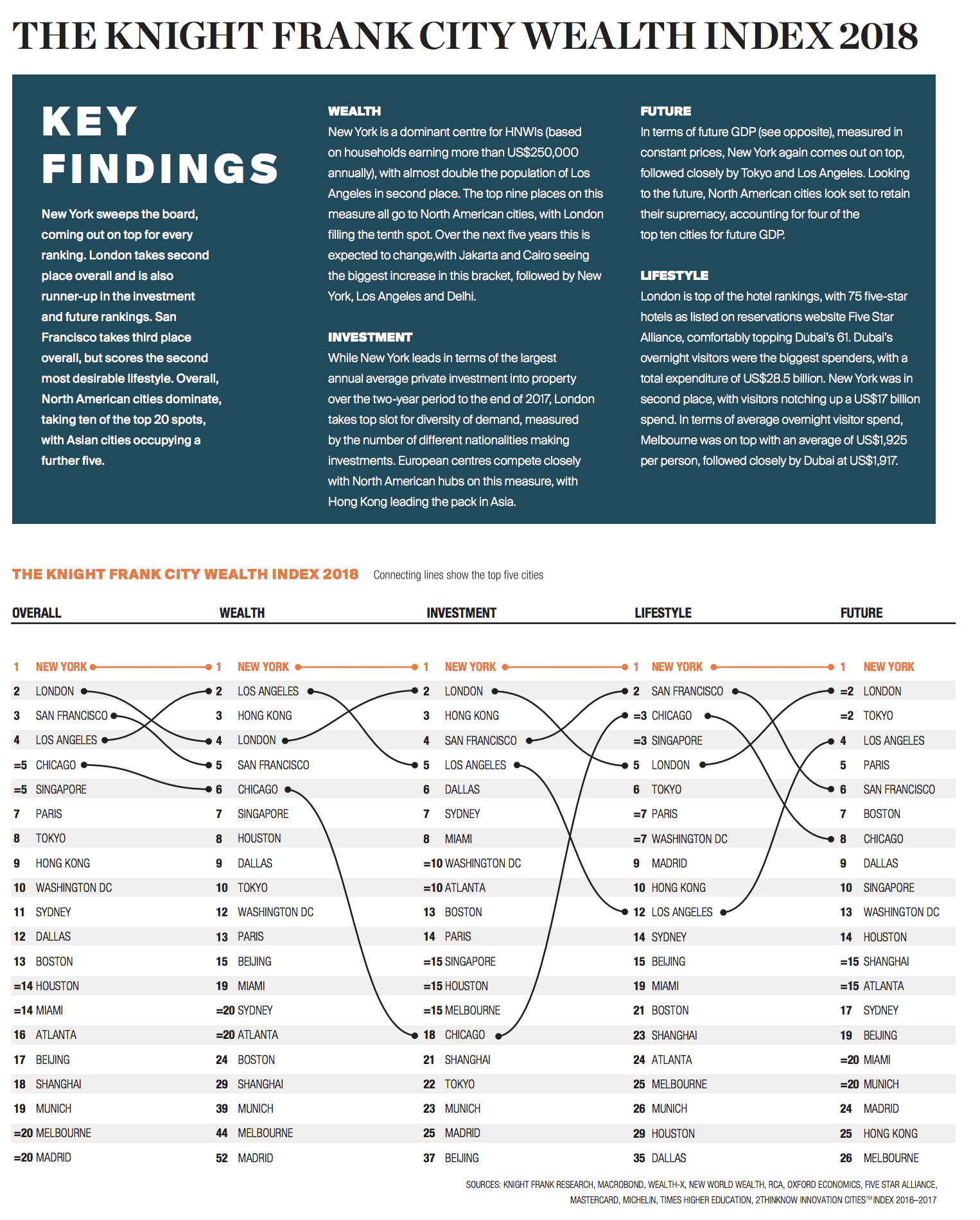 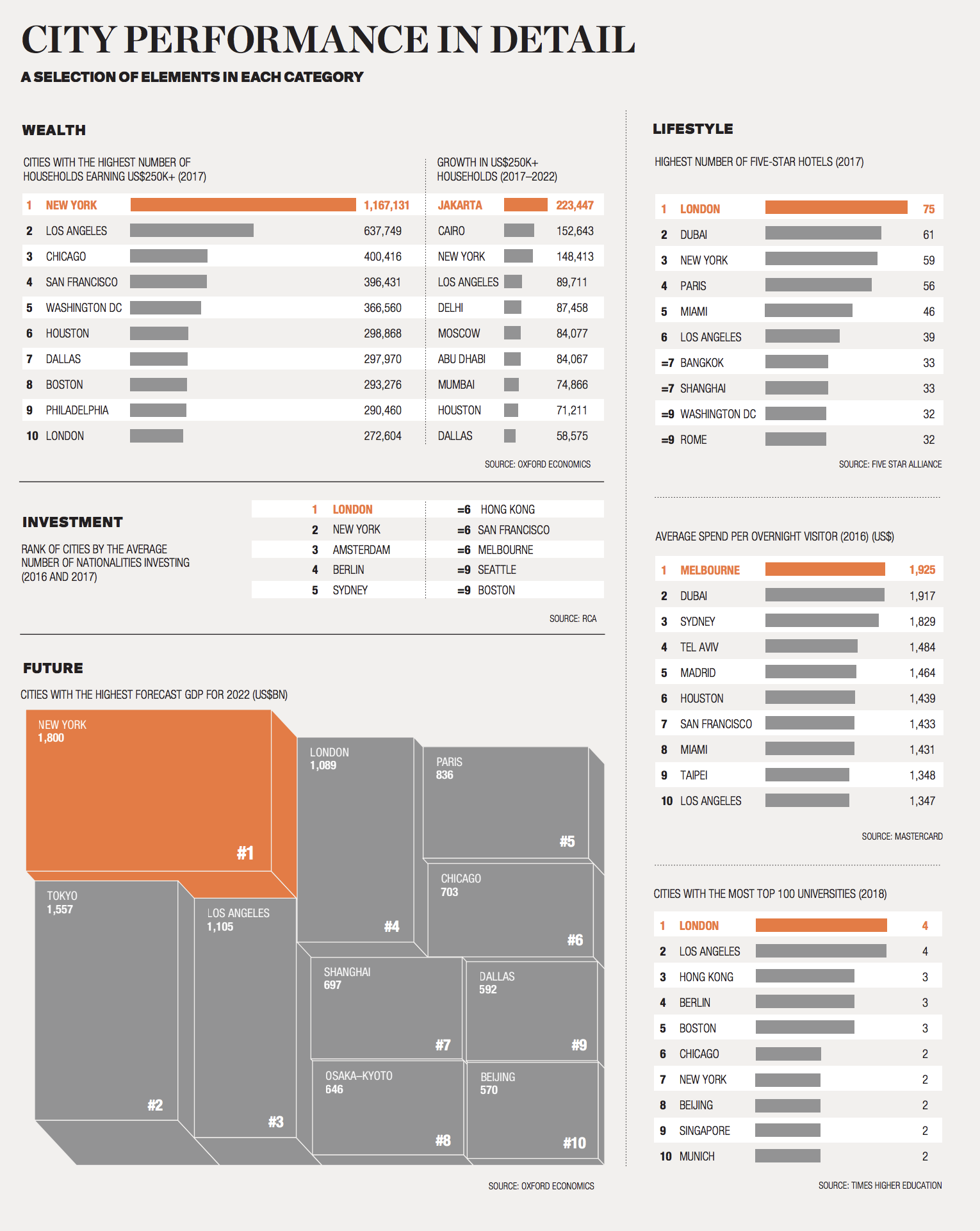 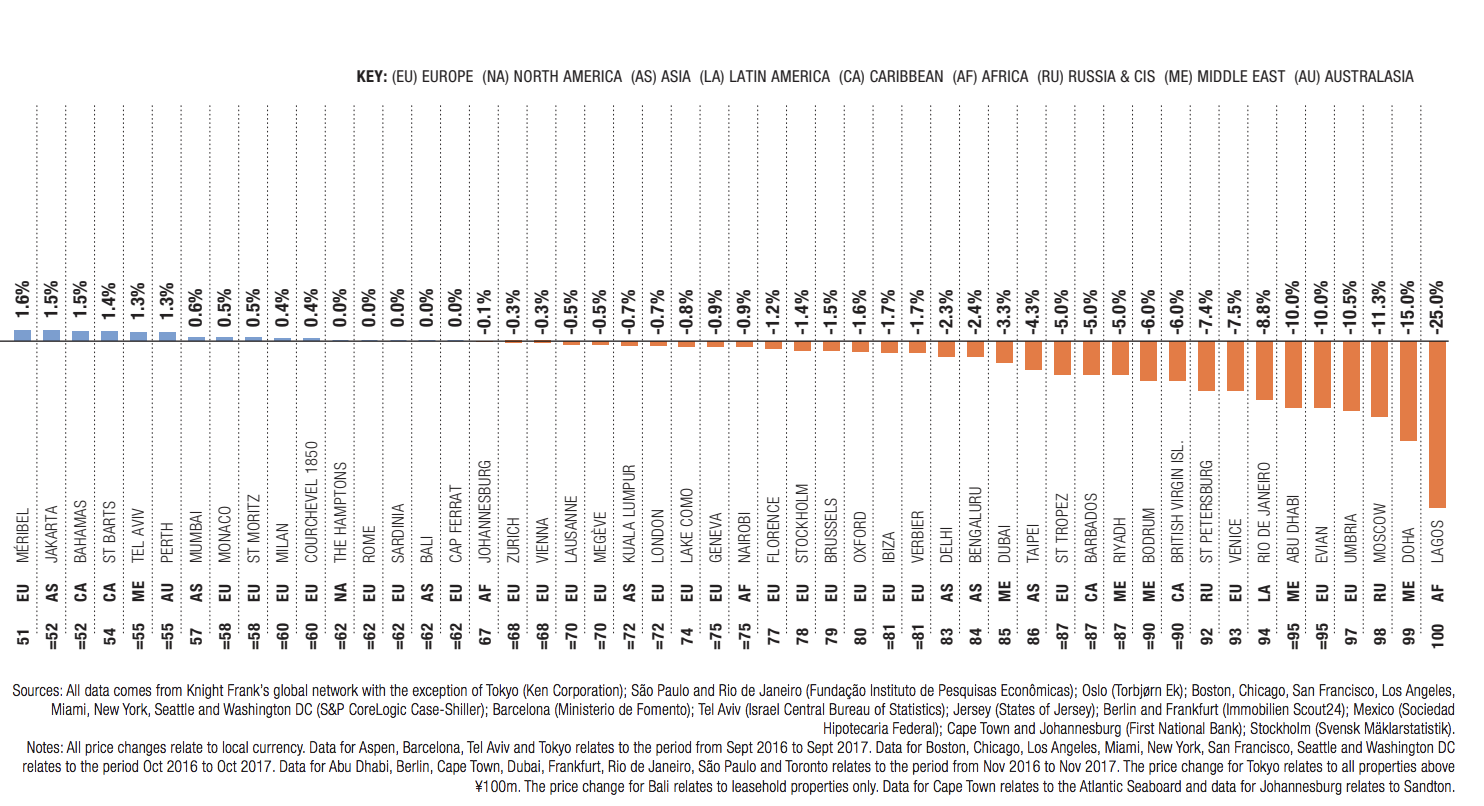 First-time homebuyers continue to face increasing challenges now that the federal government has extracted itself from the homeownership promotion business.

There were 3 great articles on this topic over the week that you need to read: 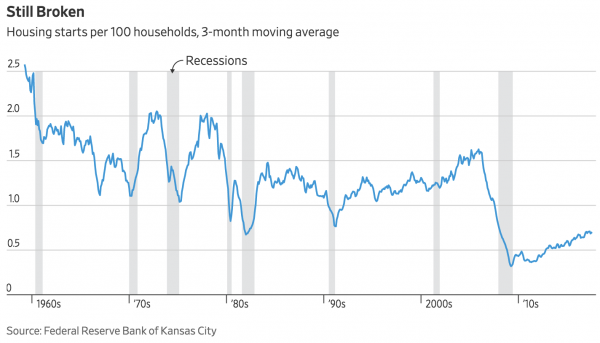 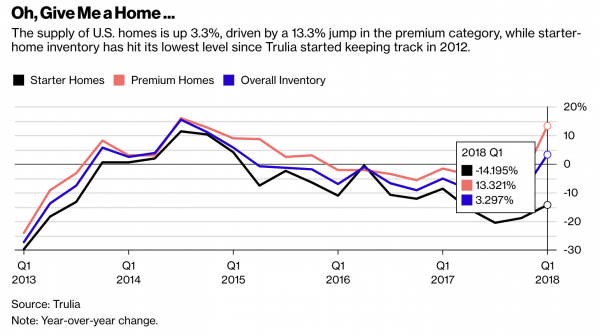 Marketplace provided a great one-hour discussion with three of the most well-known individuals of the onset of the financial crisis in audio format. While I have provided many thoughts over the years on how their early inactions lead to them trying to salvage the economic system, it is fascinating to listen to.

In the past, I have made fun of Tim’s blue bathroom in Westchester County, New York. I’ve mentioned Ben’s win of the South Carolina Spelling Bee at 11 years old. I also pointed out what felt like a diversion tactic at the time by Hank.

Still, this is a fascinating discussion.

New in the Real Estate Lexicon

One of the characteristics of the new development space during this recent boom has been the overbuilding at the top of the luxury real estate price spectrum. There has been much more traction over the past few years at the “lower end” of the high end.

A few years ago, I remember moderating a panel at the Real Estate Board of New York (REBNY) and I asked the panelists and the audience what they thought about the term “Affordable Luxury” and they were instantaneously appalled. It’s been interesting to watch the phrase go through a few iterations that all three of the following links sorted near the top of my google search and were presented in 2015. I describe 2014 as “peak luxury” for real estate and by 2015, the luxury real estate market was overbuilt and began working hard to readjust their messaging. Which of the 3 resonates with you? 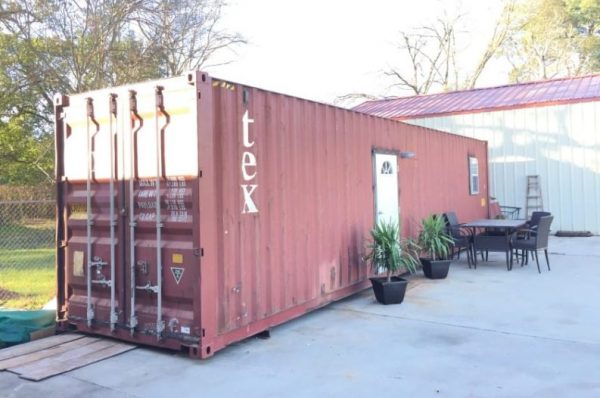 April 11, 2018 – DESTINATION FLORIDA. I’m moderating this event. Last time it was held there were over 500 attendees and it was standing room only. It was a fun and informative time. Click on the graphic for more information and to RSVP. 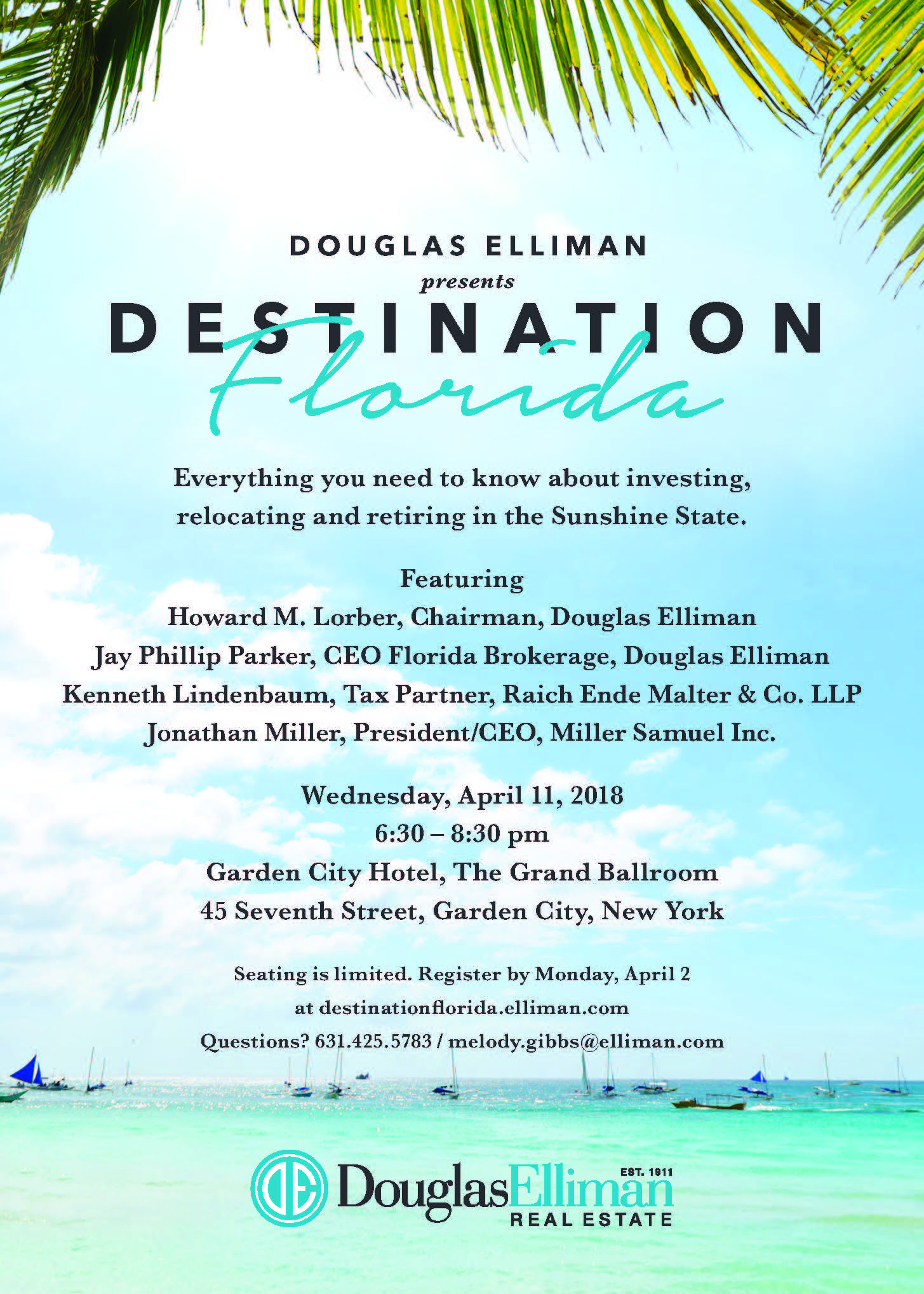 I became an advisor to Streetwire, a startup that is building a platform for the real estate vertical. From this platform, Streetwire will enable an ecosystem for real estate. As I have learned more about the space, it seems clear to me blockchain is inevitable because of incentives for privacy, accuracy, and speed. In fact, there is a whole world of blockchain in many many verticals rapidly evolving at this very moment while most media coverage of the space has focused on the Bitcoin sugar high. 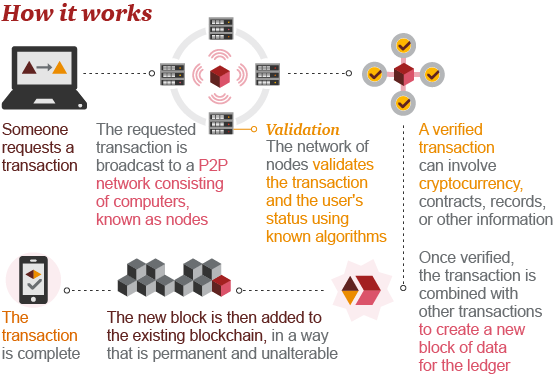 A seminal moment for me during the housing bubble occurred after the credit/housing bubble corrected when Mortgage Electronic Registration System, Inc. (MERS) effectively broke the chain of title. Banks were foreclosing on properties they could not prove they actually owned. MERS always seemed to be a mortgage industry tool to bypass local recording fees and enable the rapid liquidity of mortgages (and in turn, housing) as part of Wall Street’s financial engineering of mortgage products. Regardless, of the outcome, it placed a question in my mind as to what was the rock-solid notion of a chain of title that could never be broken. But it was broken. That was my first reference point to the concept of blockchain when I was introduced to it.

The following John Oliver monologue is NOT Blockchain, but it is entertaining.

To assist in the steep learning curve, I’ve also added a new category of Blockchain-related reads (and admittedly some Bitcoin candy) along with the regular sections at the bottom of each Housing Note.

Think of signing up for the event as a “rush appraisal” – just clear the deck and get it done now. It will help Phil & co. with planning for the event immensely.